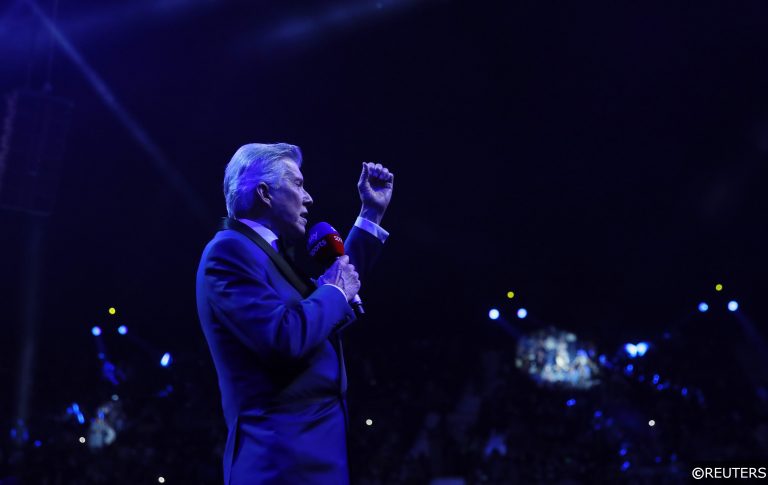 Daniel Dubois heads to Miami on Saturday for a tough match-up against unbeaten American Trevor Bryan.

Dubois is on the comeback trail after his damaging defeat to British rival Joe Joyce and is seeking a third win in a row, while Bryan is defending the WBA ‘regular’ heavyweight title for the second time.

Despite being held in the USA, the fight will take place at around 11pm on Saturday night for viewers in the UK and this could be an intriguing battle.

Where to watch Trevor Bryan vs Daniel Dubois

The fight will be broadcast on BT Sport 1 for UK viewers with coverage starting at 7pm. Dubois’ promoter Frank Warren is hosting a card in the UK, headlined by the super bantamweight clash between Marc Leach and Liam Davies for the British title, and after that is concluded coverage will switch to the US.

Who is on the Trevor Bryan vs Daniel Dubois undercard?

Since his defeat to Joyce, Dubois has linked up with Shane McGuigan and the early results are promising. The 24-year-old has stopped his last two opponents inside the first two rounds – knocking out out Joe Cusumano in the first in his last outing – but Bryan should provide a bigger test.

The 32-year-old American has 15 knockouts in his 22 wins so far but doesn’t have too many big names on his record, although he did stop former WBC heavyweight champion Bermane Stiverne in the 11th round in 2021 and has also seen off former Tony Bellew victim BJ Flores.

This fight does look closer than the odds suggest but Dubois boasts incredible power – 16 of his 17 wins have been stoppages and 12 of those came in the first two rounds – and ultimately I would expect him to win this one inside the distance. Bryan just doesn’t have the same kind of knockout ability, very few fighters do, but this should be a test for the Briton and the round markets could be the way to go.

Bryan has never been stopped and at 32, with 22 fights under his belt, has a bit of ringcraft about him so I feel it may take Dubois a while to work out the American. If you’re looking for a big price, going for a single round or groped rounds is the way to go and a small stake on Dubois to win in rounds 7-9 at 10/1 stands out.

Ijaz Ahmed and Quaise Khademi meet for the third time on Saturday for the vacant British Super Flyweight Title after two close contests.

Ahmed won the first fight via a majority decision and the second ended as a draw. Khademi hasn’t fought anyone since their last meeting, while ‘Jazzy’ has kept himself busy with two straightforward wins over lesser opposition and that may just make the difference here between two evenly matched fighters.

Liam Davies is unbeaten after 11 fights and the 26-year-old has put in some excellent performances over the last 18 months or so, having stopped three of his last four opponents. British Super Bantamweight champion Marc Leach is definitely his biggest test so far and the fact the Salford native is a southpaw could also be an issue for Davies.

However, this fight looks more evenly-matched than the odds suggest and Davies has a significant advantage as the event is taking place in his hometown of Telford, as such I’m backing the unbeaten challenger to take the title at a big price on Saturday.

Trevor Bryan vs Daniel Dubois over 3.5 rounds at 1/1

Transfer betting specials: Where next for Bale, Nunez & more?