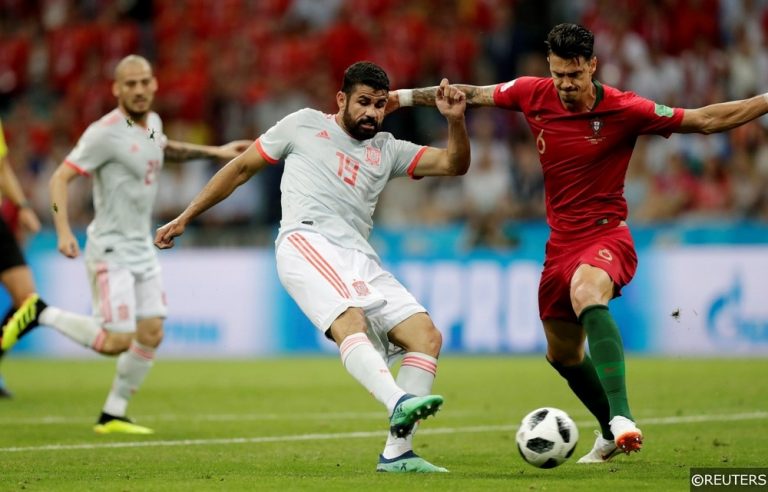 Spain’s Friday night clash with Portugal always promised to be the game where the 2018 World Cup might really burst into life and it certainly didn’t disappoint. A thrilling 3-3 draw perhaps ultimately suited both sides in a game devoid of much of the natural early caution which can blight opening group fixtures.

Almost inevitably it was Cristiano Ronaldo who grabbed the limelight and dominated the post-match headlines following another fine performance against many of his clubmates. However nothing should really surprise us any more from him and the match wasn’t exactly a great counter-argument to the notion that Portugal remain heavily dependent on their 33-year old talisman.

While Spain went into the game as favourites, even after the most tumultuous of weeks, it was they who perhaps had more to be cheerful about following the draw in Sochi. It was a night that had the potential to go badly for La Roja, who’d had little more than 24 hours working with new boss Fernando Hierro. However they exerted all the control that had become a real feature under Lopetegui, enjoying a 67% share of the ball whilst also appearing willing to mix things up at times.

Were it not for an error from David de Gea and a masterclass in free-kick taking from Ronaldo, they would have won the game but the biggest positive of all was the performance of Diego Costa, who finally put his hand up and delivered on a night that could totally alter the course of his international career.

A square peg in a round hole?

Diego Costa is 29 now and has been playing for Spain since 2014 when he rejected the chance to play for his native Brazil. However until Friday night he had not truly put in a single performance for La Roja where he produced a definitive answer to his many critics by making a big contribution for his team.

For too long in the Spanish camp, he appeared not just the outsider in terms of his heritage but the big, bruising striker that Spain didn’t really need or want. As a Brazilian, particularly one not plying his trade at Camp Nou or the Bernabeu, his battle to win over the powerful sports media in the country was always going to be tougher than most. While his performances for Atleti and later Chelsea suggested he was too good to be excluded, neither Vicente del Bosque nor Julen Lopetegui seemed willing to truly trust Costa nor alter the style of play to better slot him into the side.

As recent European and World champions, it was almost inevitable that Costa would have to adapt his game to suit Spain rather than vice-versa. However after back-to-back failures at major tournaments, the case for a more pragmatic, even more direct approach grew and Lopetegui initially at least appeared willing to give him a run in the side.

On the face of it, Costa didn’t do badly with 5 goals in 5 starts in World Cup qualifying but despite that he still struggled to truly look like the most natural solution to the Spanish striker shortage. Part of the problem was his inability to put in a big performance in a situation that genuinely mattered. Prior to the 2018 World Cup, Costa had scored just 7 times for his country, with his competitive goals coming against the not so mighty Luxembourg, Liechtenstein, Albania, Israel and Macedonia. All of those goals came in matches Spain would probably have won with or without him and even his solitary friendly strike against Argentina came in a 6-1 win when Isco stole the show while the Atletico Madrid man’s early strike was again largely overlooked.

Even heading into the 2018 World Cup, there was still a sense that Diego Costa remained something of a square peg in a round hole and though his club achievements are vastly superior to those of any other Spanish striker, he was by no means a guaranteed starter heading into Friday’s Iberian derby.

Hierro puts his faith in Costa 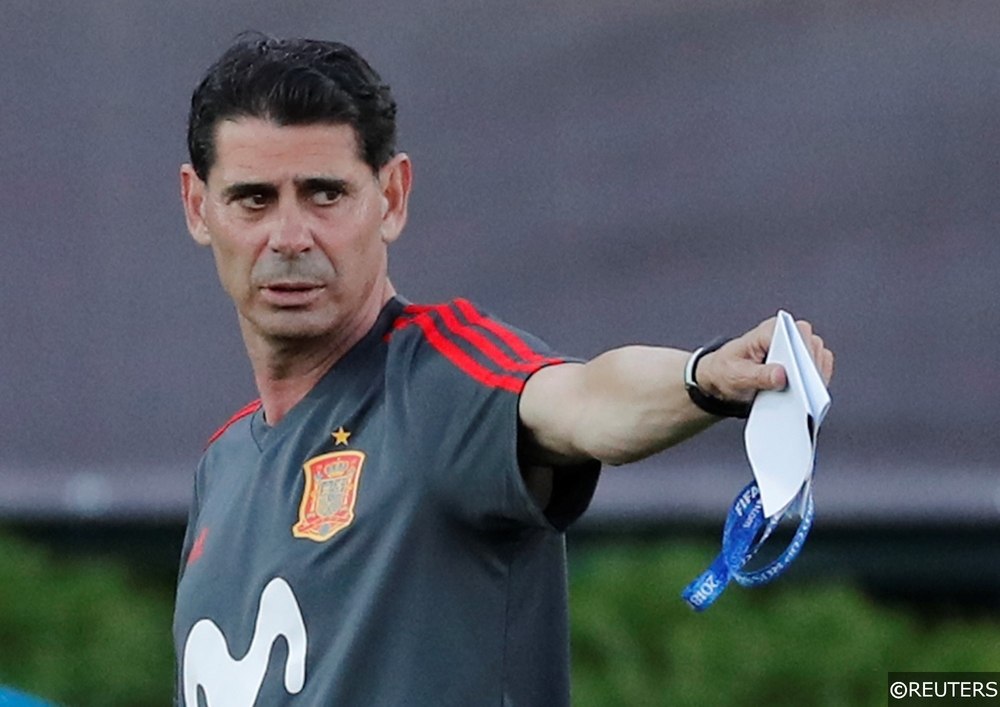 We may never truly know whether the eleven that Fernando Hierro picked to face Portugal would have have been the same one that Julen Lopetegui would have named. Chances are it would have been given preparations for the match would have been in full-swing by the time Hierro took charge but either way the call to pick Diego Costa up front proved to be the right one.

The appointment of Hierro, once of Sam Allardyce’s Bolton Wanderers, might just accelerate Spain’s willingness to resort to a plan B from the tiki-taka style that brought so much success in the past. That can only help Costa, a real battering ram of a forward and at times he managed to bully the Portuguese defence single-handedly and was a big reason why Spain spent most of the game on the front foot.

His two goals were merely the icing on the cake but they look to have settled the debate as to who should be Spain’s striker at this World Cup. His first was classic Costa but far from typical Spain and was perhaps a significant moment in their move away from the patient prodding and probing that brought success in Africa eight years ago. A long, hopeful hoof forward was little more than that given the Atleti forward was without support in the Portuguese half with five opposing players for company. However a combination of immense strength, a wandering arm, quick feet and a fine finish levelled the game for Spain and after four difficult years, suddenly Costa’s international career truly had lift-off.

It has been a week where everything seems to have changed in the Spanish camp with a new coach coming in and all of a sudden it feels like a much-maligned striker, who hadn’t played competitively for Spain in 12 months until Friday night, could just be key to their hopes in Russia. Costa now seems guaranteed to start against Iran and Morocco and those games present him with a real chance to put himself in the frame for the Golden Boot at this year’s World Cup.

It has been well-documented that Spain have struggled to find a true heir to the throne vacated by record-scorer David Villa and Fernando Hierro doesn’t exactly have a wealth of options in this squad competing for Costa’s place. Rodrigo is largely seen to have played himself out of contention with a lacklustre display in the friendly with Tunisia and in any case doesn’t boast anything like Costa’s record. The only other striker in the squad is Iago Aspas, who has done well when he has featured for Spain but is seen more as an impact sub and someone who can play alongside Diego Costa rather than instead of him.

We may well see Aspas and Costa up front together at some stage in the remaining group games, which could be exactly the kind of matches where Spain may need to add some variety to their game to break defensive sides down. While their main strength may still lie in those technical and talented midfield players, it’s difficult to understate how useful a hungry and confident Diego Costa could potentially be to their cause.

Suddenly he will have a sense that he is truly valued after his vital brace and Diego Costa might just be the one-man Plan B that could prove pivotal as Spain bid to avoid the misery of lacklustre early exits in the last two major tournaments and extend their stay in Russia deep into next month.