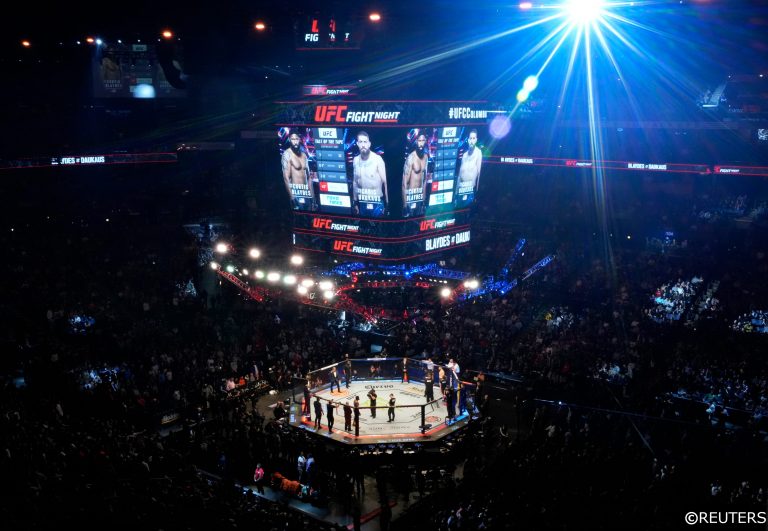 UFC 274 takes place in Phoenix, Arizona this weekend and we’ve called in MMA expert Bobbie Jackson for his thoughts ahead of Saturday’s action.

Charles Oliveira’s clash with Justin Gaethje tops the bill and we have a prediction for the main event, as well as a 17/2 accumulator covering the undercard.

Read on to see Bobbie’s accumulator tips and to back our bet.

Charles Oliveira has really found a home at lightweight and is 11-1 since moving back up from featherweight, winning the title after beating Michael Chandler at UFC 262.

Do Bronx successfully defended when facing Dustin Poirier, claiming a submission win, and he puts his belt on the line against Justin Gaethje this weekend.

Gaethje lost to Khabib Nurmagomedov when last competing for the lightweight title and that loss could offer an indication as to how this contest will play out.

Khabib out grappled Gaethje before sealing victory in round two via submission and that doesn’t bode well for The Highlight when he squares off against another submission specialist.

Oliveira holds the record for the most submissions (15) in UFC history and should be able to use those skills to get the job done.

Strawweight champion Rose Namajunas has the chance to earn some revenge when she defends against Carla Esparza.

Namajunas boasts a two-inch reach advantage and has a much higher output, while she is also extremely effective with submissions.

The champion has the tools to win this fight in all areas and should be able to finish Esparza inside the distance.

Michael Chandler to win by KO, TKO or DQ

Michael Chandler and Tony Ferguson are both looking to get back on the winning path after some recent struggles.

#5 ranked Chandler is 1-2 since signing for the UFC, losing each of his last two fights, while #7 ranked Ferguson has lost three in a row.

Ferguson’s best years appear to be well behind him, now aged 38, and a fourth loss wouldn’t be a surprise.

It’s worth noting that Chandler’s losses have come against card headliners Oliveira and Gaethje and the power-puncher, who boasts 10 wins by KO/TKO, should return to winning ways in Phoenix, Arizona.

Joe Lauzon returns to action for the first time since October 2019 when he goes up against Donald Cerrone.

Lauzon’s inactivity over the past two years could make it difficult for him to settle in but he’s got a chance against a declining Cerrone.

Cowboy has failed to win in six trips to the octagon, albeit one did end a no contest, and he’s a shadow of the man that competed for the lightweight title in 2015.

A defeat for Cerrone could spell the end of his time in the UFC and he’ll be eager to make a statement against a rusty rival.

Both Cerrone and Lauzon have a history of getting it done inside the distance, the latter going to the judges just eight times in 43 contests, while Cerrone has only heard the final buzzer 16 times in 54 fights.