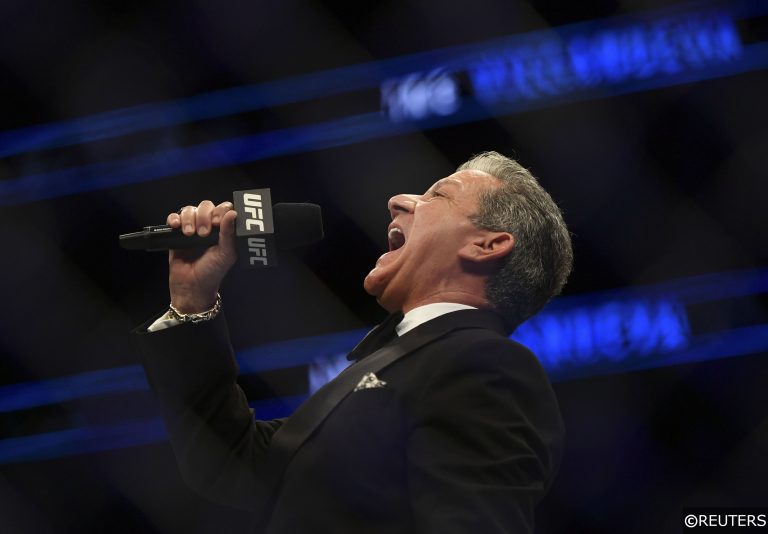 MMA is back in Las Vegas for UFC 282 this weekend and UK fans can get their taste of the action as Liverpool’s favourite up-and-coming fighter Paddy ‘The Baddy’ Pimblett looks to continue building his reputation.

Slightly further up the bill, Magomed Ankalaev and Jan Blachowicz compete for the vacant light heavyweight title in the night’s main event.

With Saturday night’s action in mind, our UFC expert Bobbie Jackson returns to give us his take on what to expect.

Those UFC fans without a William Hill account are in luck this weekend as they are offering a huge odds boost on Paddy Pimblett’s fight with Jared Gordon.

New customers signing up for an account can get 80/1 on the Liverpudlian favourite or, if you think his unbeaten streak will come to an end, a huge 200/1 on Gordon to triumph.

Here’s how to take advantage of this massive offer:

Magomed Ankalaev to win by KO, TKO, Submission or DQ

Jan Blachowicz and Magomed Ankalaev only discovered they would be fighting for the light heavyweight title last month after Jiri Prochazka vacated his belt to undergo surgery.

Blachowicz is a former champion but lost the belt via a submission defeat to Glover Teixeira at UFC 267, while Ankalaev has his first shot at UFC gold.

Poland’s Blachowicz is extremely well-rounded and his record shows nine wins by knockout, nine via submission and 11 courtesy of a decision.

Ankalaev, meanwhile, has 10 knockouts and eight decision wins on his CV, although his ground game can’t be overlooked due to his background in Sambo.

Both possess serious power and have the potential to end this contest with a single shot, however, the feeling is for Ankalaev to come through victorious.

The Dagestan native has five knockout victories from his nine appearances under the UFC banner and has avoided taking much damage in the process.

Blachowicz, however, has suffered two knockout losses and may struggle to match the Russian.

Magomed Ankalaev to win by KO, TKO, Submission or DQ

Magomed Ankalaev and Jan Blachowicz top the bill at UFC 282 with the vacant light heavyweight title on the line. Jiri Prochazka, who was set to be defending against Glover Teixeira, vacated the belt to undergo surgery so the UFC turned to Ankalaev and Blachowicz. It’s Ankalaev’s first shot at UFC gold after winning nine in a row, while Blachowicz lost the belt to Teixeira at UFC 267. They both possess major power but Ankalaev should have the edge if this comes down to a stand up fight.

Paddy Pimblett to win by KO, TKO, Submission or DQ

Paddy Pimblett will look to continue building momentum when he takes on Jared Gordon in the co-main. Pimblett is riding a five-fight win streak, dating back to his time with Cage Warriors, with three of those coming since he signed with the UFC. Gordon has been with the UFC since 2017 and does represent Pimblett’s biggest challenge, however, the Liverpudlian should still come through this test. Each of Pimblett’s three UFC victories have come inside the distance and 15 of his 19 overall, with another expected in Las Vegas.

Darren Till is back in the octagon for the first time since September 2021 when he squares off against Dricus du Plessis. Till has lost four of his last five contests while Du Plessis has won each of his last five and is fighting for the second time this year. The South African has earned a reputation for getting the business done inside the distance – only once have he gone to a decision in 19 fights – and he is fancied to stop a rusty Till.

Bryce Mitchell and Ilia Topuria could both be future featherweight title contenders, sitting #9 and #14 in rankings respectively, and they could be in the conversation at some point in 2023 if they sign off this year with a win. Mitchell is yet to taste defeat in 15 fights, while Topuria is also undefeated in 12 bouts. Something will have to give here and the feeling is for Mitchell. Thug Nasty should hold the edge when it comes to fight IQ and, having won five of his last six fights by decision, is likely to be able to control how this contest unfolds to add another triumph to his tally.

UK coverage of the event, which takes place at the T-Mobile Arena in Las Vegas, will begin at 1am on Sunday, 11th December with the prelim bouts before the main card gets going at around 3am.

Get 60/1 on England to beat France this Saturday with William Hill!