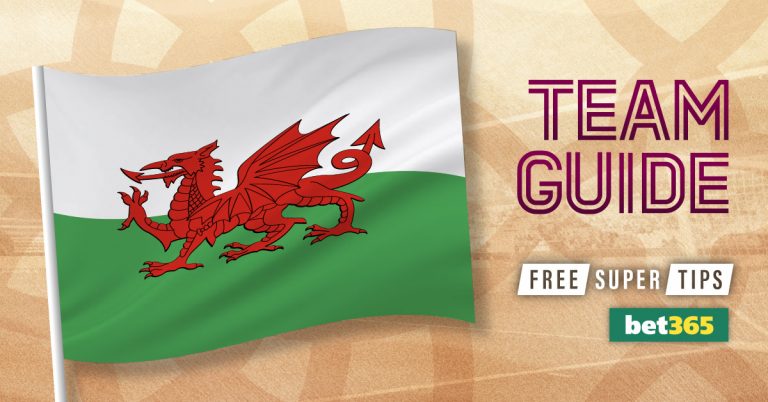 Wales are heading to the World Cup for just the second time in their history this year, but they have enjoyed some success of late in the European Championships.

The Dragons made it through to the semi-finals at Euro 2016 and then the last 16 at the delayed Euro 2020. Now, they travel to Qatar looking to make a mark on the biggest stage in international football.

Wales: The story so far

Wales were drawn alongside Belgium in qualifying and had to settle for second place in Group E as they finished just one point ahead of the Czech Republic, winning only half of their eight games.

They were seeded for the play-offs but had a tough route regardless, beating Austria first before overcoming Ukraine in a delayed match, with Gareth Bale scoring all three Welsh goals across those two fixtures.

Their form has since dipped. That 1-0 triumph over Ukraine in June is the last time they won a game, with four defeats and one draw in the Nations League casting doubt over their chances in Qatar.

Wales will have the chance to take on neighbours England in the Group Stage after being drawn in Group B alongside the Three Lions, USA and Iran.

With England heavy favourites to top the group and Iran looking like fourth-place finishers, a lot of emphasis will be placed on Wales’ opener against the USA.

Wales have only ever been involved in one previous World Cup, the 1958 tournament in Sweden, and they managed to progress beyond the group stages and reach the last eight – where they went down 1-0 to eventual winners Brazil.

While their recent World Cup history is practically non-existent, Wales fans can take heart from their excellent showings in the last two editions of the European Championships, where they defied the odds to reach the knockout stages in each of the last two tournaments, including an excellent semi-final run in 2016.

Rob Page stepped up from his role as Wales’ assistant to replace Ryan Giggs in 2020. He was initially appointed on an interim basis, before becoming the permanent boss.

Page was a defender during a playing career that saw him represent the likes of Watford, Sheffield United and Coventry, as well as earning 41 caps for Wales. His first taste of management came at Port Vale, where he enjoyed some success, before a disappointing stint at Northampton that lasted just a few months before he was sacked in 2017.

The 48-year-old then briefly took on a coaching role at Nottingham Forest before joining the Welsh set-up, initially as manager of the under-21s and other youth sides before being named as Giggs’ assistant.

Page has been thrust into the limelight by circumstance, but he has excelled since becoming the manager of the senior side, although there are concerns over their recent UEFA Nations League performances.

Page has used a few different formations during his time in the hot-seat, but the 3-4-3 system they used in the qualifying play-off with Ukraine and in their most recent Nations League games could be his chosen formation for their tournament opener against the USA.

This will almost certainly be Gareth Bale’s last major tournament and the 33-year-old remains the key man in the Welsh set-up. They do have plenty of quality in other areas, however, and Nottingham Forest’s Brennan Johnson gets the nod as their rising star as he prepares for his first big competition.

Bale heads to Qatar looking to make an impact on the biggest stage of all, while Johnson has a chance to put a difficult season with Forest to one side by representing his country.

Wales not to qualify from Group B at 4/6

Wales impressed in the last two European Championships but they head into their first World Cup in over 60 years low on confidence after a miserable Nations League showing.

They have lost four of their five games since their play-off win over Ukraine and open their tournament with a pivotal fixture against their biggest rivals for qualification.

Not only that, but Gareth Bale picked up an injury last week and has played just 350 minutes of club football since his move to Los Angeles FC in the summer. Bale’s prioritisation of Wales is well known but his lack of match fitness could severely hamper The Dragons’ chances.