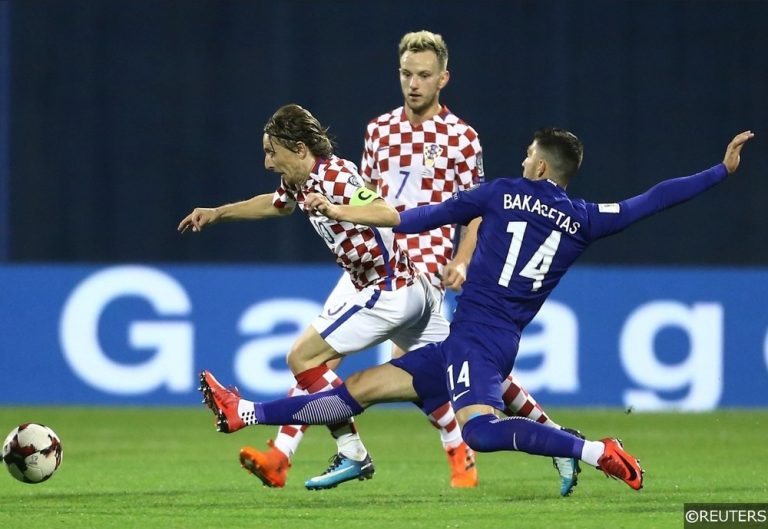 The 1998 World Cup in France has gone down in history as Croatia’s best ever World Cup finish as they made it all the way to the semi-finals and eventually finished as the third best team in the tournament. The Golden Generation were only denied an appearance in the final following a defeat to host nation, and eventual winners, France, following a 2-1 defeat.

Since then, it has been a period of frustration as an undoubtedly talented nation has failed to live up to expectations and, as a result, they have been unable to repeat the success of 1998. In 2002 and 2006, they failed to get out of the group and, even worse than that, in 2010 they failed to even qualify. Another knock out in the group stages in 2014 was still a disappointment and with many of their star names in the twilight of their career, time is running out for Croatia’s second Golden Generation to make sure they are remembered in their nation’s history.

Despite the poor form of previous tournaments, Croatia will be going into this year’s World Cup fully confident they can go far and finally deliver the sort of performance their fans crave. Their group contains plenty of challenges with Nigeria and Iceland, but with one of the tournament favourites in Argentina in the mix too, it will be an uphill challenge for them to reach the knock stages. Read our review of the Argentina squad here.  We take a more in-depth look at Croatia’s star studded midfield below:

The Real Madrid play maker is all set to be one of the stars of the tournament this summer and he is going to be the focal point of his nations creative output. With the international captaincy already on his shoulders, it is a big responsibility which few are as capable to carry.

Fortunately for Modric, he already has a wealth of experience under his belt and he has already won 104 caps for his country. The former Tottenham man typically plays quite deep in club football, preferring to influence the game from deep and use his intelligence to unlock the opposition defence.

On the international stage, however, Modric will likely take the ball a bit higher on the pitch and will be given a free role as the club’s main creative threat. The 32-years-old is likely playing in his last major international tournament but a good run in Russia will be the perfect send off for one of the most gifted footballers Croatia has ever produced.

Like his international captain, Ivan Rakitic plays in the heart of one Europe’s biggest clubs. The Barcelona ace is also excellent with the ball but he is also capable of being the ball winning midfielder who should compliment Modric perfectly in the centre of midfield. 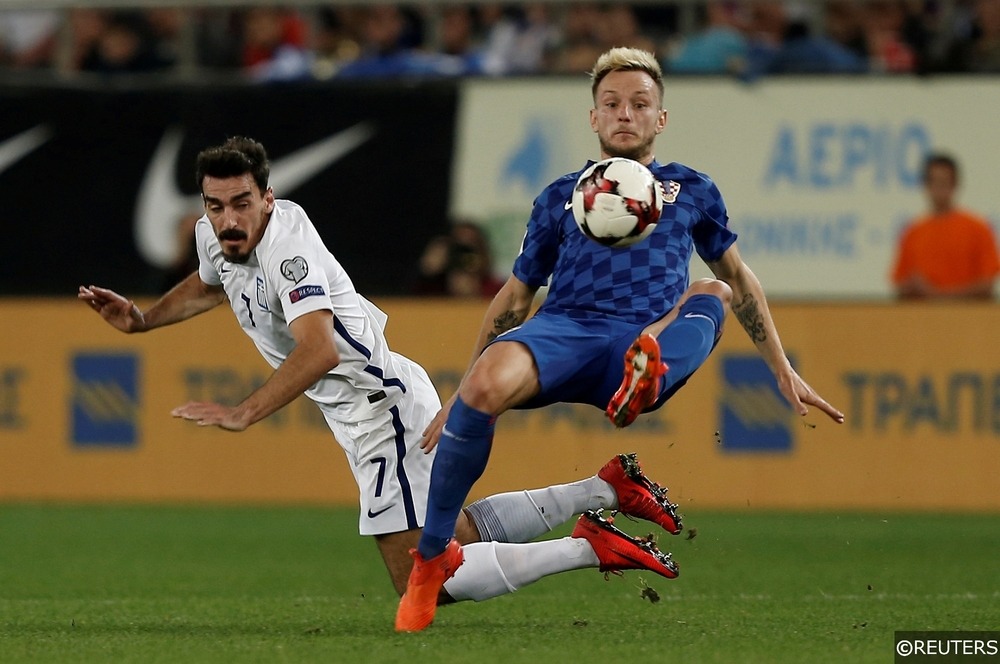 Rakitic has already celebrated winning the La Liga with Barcelona this season and he will be thirsty for some success on the international stage to add to his excellent career. With 90 caps already to his name, the 30-years-old has been part of the Croatia side who have flattered to deceive in previous tournaments.

The second of the Real Madrid midfielders in the Croatia squad, Mateo Kovačić is extremely talented and part of the next generation of stars off the Croatian production line. He is yet to nail down his place in Zinedine Zidane’s Real Madrid, but he is playing a more pivotal role in the squad and the Frenchman has frequently placed his trust in the 24-years-old for the clubs biggest games.

Despite his young age, Kovačić has already featured regularly for the national side and his ability was spotted at an early age, as he has represented his country since under 14’s level. That talent has been well nurtured through some of Europe’s top academies as he started at Dinamo Zagreb, before moving on to Inter Milan and eventually settling at Real Madrid.

Fiorentina’s Milan Badelj has also been named in the provisional 32-man squad for Croatia and after another solid season, he looks good value to make the cut for Russia. The 29-years-old defensive midfielder could prove to be the perfect foil for his more creative teammate as he is often deployed in a role which is designed to protect the defence. Another player who has come up through the ranks of the international set up, he also has plenty of leadership abilities and is the current captain of his club side. 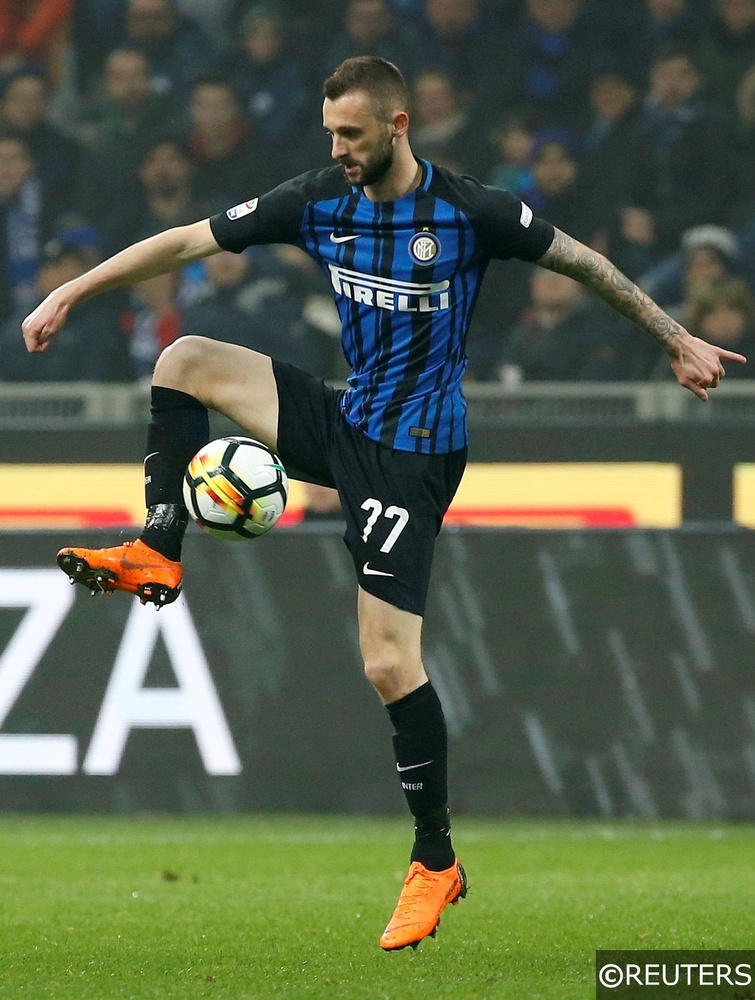 Inter Milan utility player Marcelo Brozovic is the next in the running to form part of the Croatia midfield in Russia 2018. He is usually deployed as a box-to-box midfielder, but he is considered to be quite versatile and is a player who can perform well anywhere in the midfield. The 25-years-old has been featured on a regular basis for his national side since making his debut for the senior side four years ago and he looks a near certain bet to make the final squad.

Napoli man Marko Rog is a player who is still making his way through into the international set up and one who is set to feature on a more regular basis once the senior players decide to hang up their boots. After making his international debut against Argentina a few years ago, he was named part of the Croatian squad at the Euro 2016. Despite only making one appearance in that tournament, he has featured regularly in the World Cup qualifying campaign and is one of the exciting next generation to make the breakthrough.

After attracting the attention of Chelsea a few years ago, Mario Pasalic was touted to be a very exciting prospect from Croatia’s youth ranks. Pasalic joined Hajduk Split’s youth side in 2006 and it wasn’t too long after breaking into the first team he opted to join Chelsea. Since then, however, the 23-years-old has joined the hoards of players The Blues regularly loan out to supply a steady source of income. However, the fact that Pasalic has had spells at Elche, Monaco, Milan and more recently Spartak Moscow, shows that he is a quality player and one that is certainly worthy of the six caps he has acquired so far.

With just three caps to his name and currently plying his trade in the Croatian First Football League, Filip Bradaric is probably the favourite of the midfield options not to make the cut. He managed to play through the ranks of the Hajduk Split youth academy before he was loaned in the summer of 2011 to the Treća HNL Jug side NK Primorac 1929 for two seasons. Since then he has become a fixture in the HNK Rijeka side and the defensive midfield player could yet prove to be a threat to Milan Badelj if the coach opts for a more youthful approach.