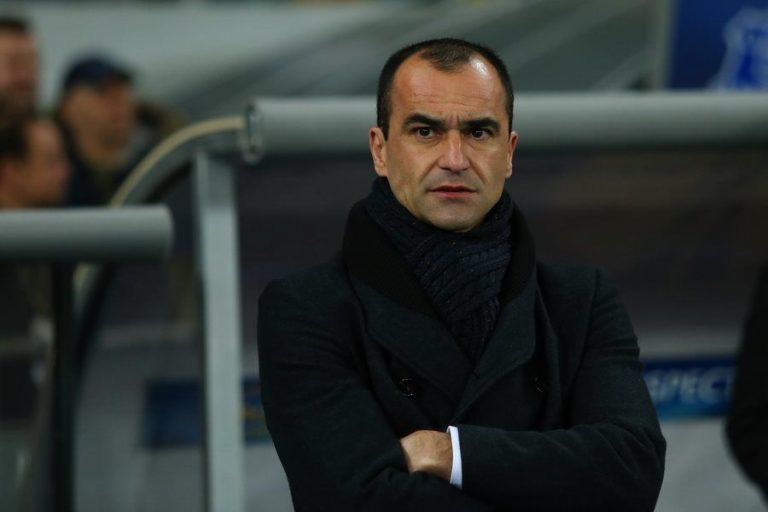 One of the most fascinating aspects of the 2018 World Cup so far has been the meeting of managerial minds, where contrasting tactical philosophies and methodologies are tested against each other. Just as important as the star players on the pitch are the men who pull the strings in the dugout.

The ability to strategize, identify the opponent’s weakness and exploit it can often mean the difference between winning and losing. Already we’ve seen teams at the World Cup defy the odds to grab unexpected results with inferior teams. Those sides achieved the unthinkable through organisation, tactical discipline and individual motivation – and all of those things come from the manager.

Let’s take a closer look at the managerial make-up of the “gaffers” at the 2018 World Cup in Russia.

Read More: Who are the Managers behind the Smaller Euro Nations – Part One?

The average age of the managers at this summer’s World Cup is 56. Senegal’s Aliou Cissé, aged 42, is the youngest boss at the tournament, while Uruguay’s Óscar Tabárez is the oldest manager at the ripe old age of 71. Serbia’s Mladen Krstajić (44) and Belgium’s Roberto Martinez (44) are the next youngest managers after Cissé, while Colombia’s José Pékerman (68) and Australia’s Bert van Marwijk (66) are the next oldest after Tabárez. 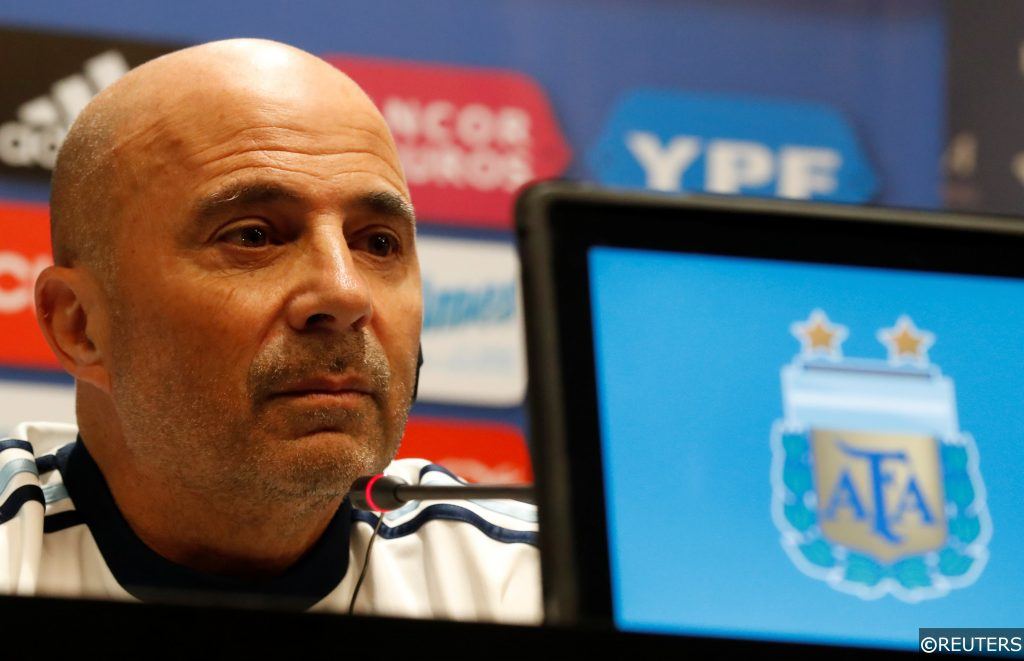 It’s widely known that the World Cup has never been won by a nation with a foreign manager in its entire history. Nevertheless, 13 of the 32 country’s competing at this summer’s World Cup are coached by someone born outside their borders. Tournament dark horses Belgium, managed by Spaniard Roberto Martinez will have to break the mould if they are to be successful in Russia. Each of the other favourites to go all the way at the 2018 World Cup have a manager that shares their nationality in the dugout.

There are 4 Argentinean managers competing at the World Cup: Héctor Cúper (Egypt), Ricardo Gareca (Peru), Jorge Sampaoli (Argentina) and José Pékerman (Colombia) – 5 if you count Argentina-born Saudi Arabia manager Juan Antonio Pizzi, though he did choose to represent Spain as a player at international level. There are 2 German managers, 2 French, 2 Portuguese and 2 Spanish in charge of various teams too (well, 3 Spanish….if….eh…..you choose to include Pizzi).

In terms of continental representation, the figures are as follows. 100% of the 14 nations from FIFA’s UEFA European region are managed by coaches of European descent. 100% of the 5 nations from CONMBEOL (South America) are managed by South Americans. 40%, or just 2 of the 5 countries from CAF (Africa) are managed by coaches from the same continent. 33%, of just 1 of the 3 nations from CONCACAF (Central & North America) have coaches from the same region and finally, just 25% or 1 of the 4 managers representing the AFC (Asia) come from that part of the word. 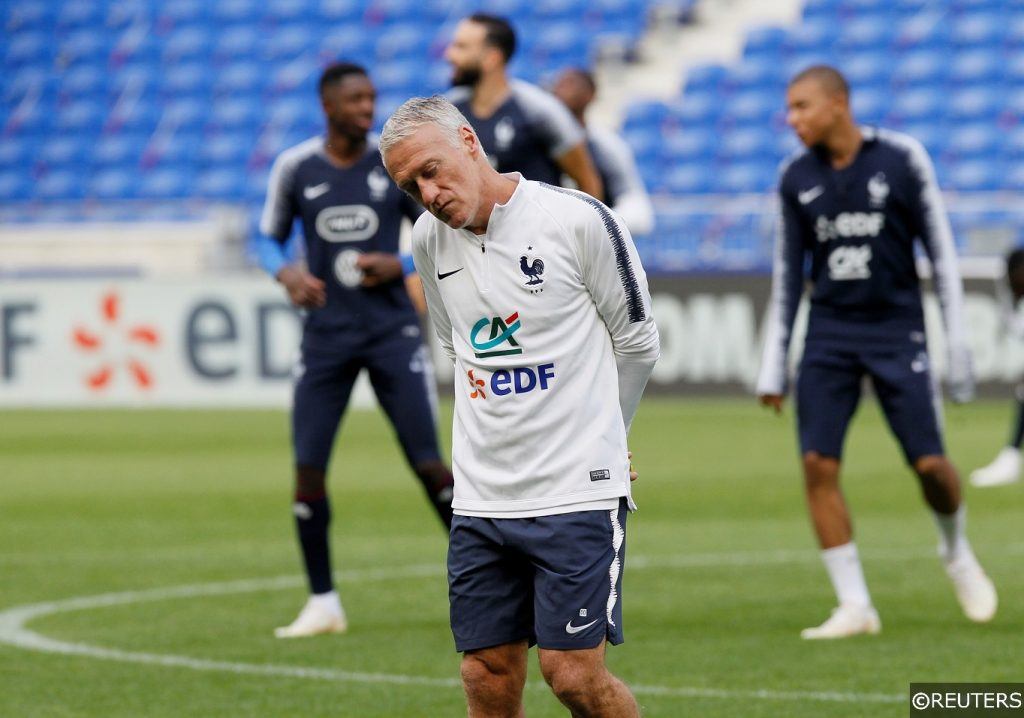 Incredibly, 100% of the 32 managers at this summer’s World Cup in Russia were professional players before making the move into management. 15 of those managers represented their country as a player at senior international level. France manager Didier Deschamps enjoyed a glittering career as a holding midfielder, and he is the most capped manager at the World Cup having amassed 103 caps for his country. Deschamps famously lifted the World Cup as French captain in 1998.

Australia manager Bert van Marwijk scrapes on to the list as the lowest capped former international player. Van Marwijk played only once for the Netherlands when he appeared in a friendly match against Yugoslavia back in 1975 under legendary manager and “Total Football” advocate Rinus Michels.

It might be a cliché or common football trope that could fall down under more serious scrutiny, but it’s often said the most intelligent players in a football team are deployed in midfield. The ability to read the game and make fast, smart decisions with the ball are highly valued traits for that position. It would make sense then, that the game’s “thinkers” are more likely to operate in that area of the pitch.

That theory certainly seems to hold some weight when you look at the former playing positions of the 32 world Cup managers. 17 of the 32 men in charge were midfielders in a former life. 9 played as defenders, 2 as strikers (Juan Antonio Pizzi, Saudi Arabia & Ricardo Gareca, Peru) and just 2 as goalkeepers  (Stanislav Cherchesov, Russia & Carlos Queiroz, Portugal). We couldn’t find detailed information about the positions Janne Andersson (Sweden) and Heimir Hallgrímsson (Iceland) played. 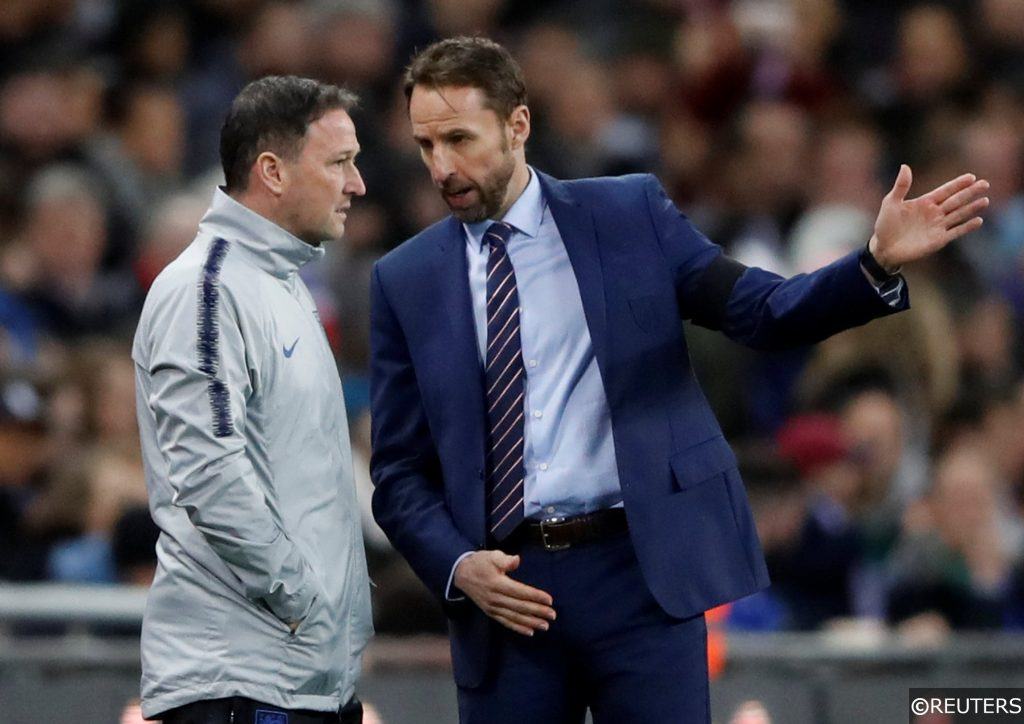 All 32 managers at the World Cup in Russia came to their position as their country’s leading man via very different routes. While some have enjoyed success at both club and international level, some have had modest careers in terms of silverware, though a wealth of experience can often be just as valuable at major international tournaments.

Egyptian manager Héctor Cúper reached two Champions League Finals with Valencia, though that’s really as good as it ever got for the Argentinean who has had 14 jobs in management since 1993, bar his winning of the now defunct Copa Conmebol with Lanús in 1996. Saudi Arabia manager Juan Antonio Pizzi guided Chile’s Golden Generation to Copa America glory in 2016 and all the way to the Confederations Cup Final the following year.

Long-serving Uruguay manager Óscar Tabárez won the Copa America for his homeland in 2011. Morocco manager Hervé Renard won the African Cup of Nations with two teams before taking his latest job. The Frenchman won the Cup with Zambia in 2012 and Ivory Coast in 2015. Portugal manager Fernando Santos won the European Championships with Ronaldo and co in 2016 – the country’s first and only major international tournament triumph.

Jorge Sampaoli won the Copa America with Chile in 2015 and helped to add some silverware to Universidad de Chile’s trophy cabinet before that. Brazil manager Tite has been appointed to 17 different jobs since he became a manager in 1990 and has won honours in 5 of those roles. His most successful period came during his two stints at Corinthians between 2010 and 2015, when he won the Campeonato Brasileiro twice (2011, 2015), the Copa Libertadores (2012) and FIFA Club World Cup (2012)

After a relatively low-key career in club management, Germany manager Joachim Löw won the biggest prize of all with Die Mannschaft at the World Cup in 2014. He also masterminded a Confederations Cup with Germany in 2017. South Korea coach Shin Tae-yong is an AFC Champions League winner having won the competition with Seongnam Ilhwa Chunma in 2010.

Tunisia boss Nabil Maâloul won the treble (Tunisian Ligue Professionnelle, Tunisian Cup and CAF Champions League) in 2011 with Es Tunis. Japanese manager Akira Nishino is also a Champions League winner having guided Gamba Osaka all the way to victory a decade ago in 2008. There are highly decorated managers everywhere you look at this summer’s World Cup, bar the English dugout of course…