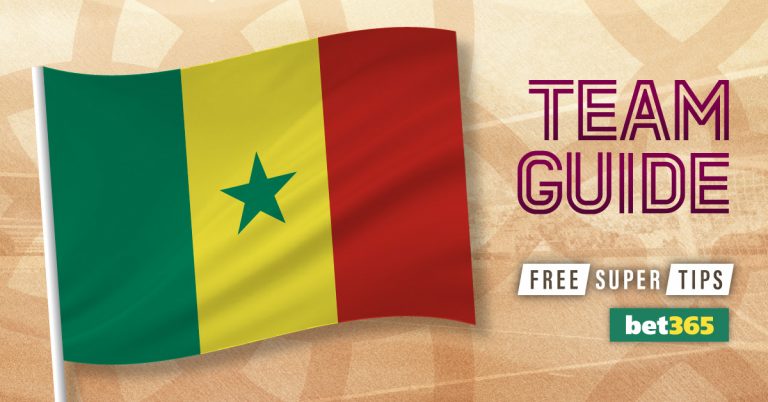 Senegal head to Qatar as the AFCON champions after claiming the trophy for the first time in their history via a penalty shoot-out win over Egypt earlier this year.

It will be the Lions of Teranga’s third appearance in the international showpiece and their second in succession, having been dumped out in the group stages in Russia in 2018.

Senegal: The story so far

Senegal entered CAF qualifying at the second round and breezed through the group stage with five wins and one draw to top Group H ahead of Togo, Namibia and Congo.

African qualifying concludes with a third round with five two-legged play-offs and Senegal were handed a particularly hard draw as they were paired with Egypt. The Pharaohs won the first leg 1-0 in Cairo but Boulaye Dia’s strike early in the second restored parity. A penalty shootout was required and Senegal eventually emerged triumphant with a 3-1 win after the spot kicks – despite the fact they missed their first two penalties.

Since then, the African nation have won two friendlies but had a disappointing 2022 COSAFA Cup campaign, losing in the semi-finals to eventual winners Zambia.

Senegal have been drawn in Group A and they should fancy their chances of making it to the knockout stages. Finishing ahead of European heavyweights the Netherlands looks a big ask, and Senegal will probably find themselves battling it out with Ecuador for second spot as host nation and tournament debutants Qatar complete the group.

Senegal are 8/11 to qualify from Group A and 66/1 to win the World Cup outright, while star man Sadio Mane is 100/1 to be the tournament’s top goalscorer.

Senegal gained independence from France in 1960 and played their first official match in December the following year against Dahomey, now known as Benin. Their first appearance in the World Cup came in 2002 and they achieved their best result that year, as a squad including El Hadji Diouf, Papa Bouba Diop, Salif Diao, Amdy Faye, Khalilou Fadiga, Henri Camara and skippered by their current manager Aliou Cissé reached the quarter-finals.

Senegal overcame Sweden in the last 16 and then went down in sudden death extra time to Turkey in the quarter-finals.

The vast majority of that Senegal squad were playing their football in France at various levels at that time, with only two members playing elsewhere (one in Senegal and one in Morocco) but a number of those players went on to represent clubs from across Europe. However, Senegal had to wait until 2018 for their next World Cup adventure and they were again eliminated in the cruellest of circumstances.

Senegal finished level on four points with Japan and both teams had identical goal differences and goals scored records, while they had played out a 2-2 draw in their group stage game – and the Japanese progressed via fair play points.

Alious Cisse has been in charge of Senegal since 2015 and this role is his only appointment in management so far. The 46-year-old operated as a defensive midfielder in his playing days and enjoyed stints with Lille, Paris Saint-Germain, Montpellier – on loan in the season prior to Senegal’s 2002 World Cup campaign, Portsmouth and Birmingham City.

Cisse has overseen over 140 games as Senegal boss and has a win rate of over 70%, with the AFCON 2021 title his biggest achievement as a manager to date.

Senegal play with a 4-3-3 formation and former Liverpool man Sadio Mane, now with Bayern Munich, is the key man in their attack. They have plenty of quality throughout their side as well with Idrissa Gueye in midfield and Chelsea pair Edouard Mendy and Kalidou Koulibaly also in their squad.

Spurs youngster Pape Matar Sarr, 19, should probably be considered their rising star. Sarr spent last season on loan at former club Metz but is in the Tottenham squad for the current campaign.

Senegal to qualify from Group A at 8/11

Senegal are 8/11 to qualify from Group A and 9/2 to win it.  Both of those options are worth some consideration as if they do manage to avoid any major injury concerns they may be able to give the Netherlands a bit of competition for that top spot, particularly if it comes down to goal difference/goals scored.