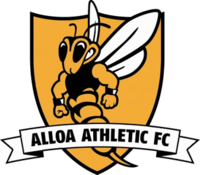 Can Alloa keep their good form going and spring a surprise?

Alloa haven’t enjoyed a great season so far but have picked up some form in recent weeks to rise from the bottom of the table. They’ve won three of their last five games beating three sides above them to put themselves in a much healthier position.

The side have scored well this season, finding the net 27 times in 23 games but their defensive record leaves a lot to be desired with their defence being breached 37 times this season, more than double their opponents this weekend.

Will Dundee United be able to take one step closer to the title?

The Championship title looks to be an inevitability for Dundee United this season. They’ve amassed 53 points so far, dropping points in just six game and they are 17 points ahead of second placed, Inverness.

They’ve scored 49 goals in 23 games this season, in no small part to Lawrence Shankland, who has 23 goals this season, averaging one per game. Their defensive record has been just as impressive however, with just 18 goals conceded at an average of 0.78 goals per game.

Who will win the match at the Indodrill Stadium?

Dundee United should be winning this game despite some less than great form in recent weeks. They were beaten by Arbroath last time out but they haven’t lost consecutive games this season, something we see continuing this weekend. We’re backing Dundee United to beat the handicap market which is currently set at -1 meaning the visitors need to win by 2 or more goals.

Even though Alloa have had some decent form in recent weeks, they should struggle against the talent Dundee United have on offer and we think the visitors should pick up an easy win. We’re predicting the Dundee United to return home with three more points in a 3-0 win.