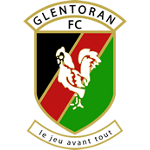 Ballymena Utd vs Glentoran predictions ahead of the Northern Irish Cup final on Friday. Who will lift the trophy at Windsor Park this week? Read on for our free betting tips and predictions.

The Northern Irish Cup final is the first UK football match in almost four months to have fans in attendance, with each club handed 250 tickets for Friday’s showpiece clash. Both sides will want to celebrate with their fans in the ground, but the semi-finals suggest this could be a close game.

Both meetings in the last round finished 1-1 on Monday, as all four clubs returned to action after their enforced break. For these two sides, those results continued their defensive struggles, with Glentoran conceding in four on the spin, while Ballymena are without a clean sheet in 10 of their last 11 games.