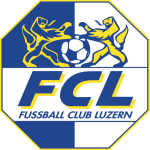 Basel vs Luzern predictions as they meet in Switzerland’s Super League. Will Basel be able to finish their season on a high with a victory? Read on for our free Super League predictions and betting tips.

Reason For Basel vs Luzern Predictions

Rotation will be key for Basel with a busy week ahead, but that shouldn’t prove to be a problem against a Lucerne side who have been dreadful on the road this season. With Basel set to round off their season, our predictions side with the hosts.

Lucerne come into this clash with 10 defeats in 17 away games. Only two sides in the Super League have a worse record on their travels, with the visitors heading into this one following a difficult patch of form.

The visitors have lost four of their last five matches, which sees them out of form ahead of a meeting with a Basel side who have a good record in this fixture. After winning five of their last six at home to Lucerne, we’re backing the hosts. Meanwhile, the visitors have averaged less than a goal per game on the road, so a 2-0 home win is our correct score prediction.