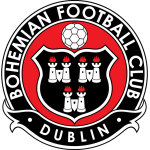 There should be little between these two Dublin rivals, even though Bohemians will be full of confidence for the visit of St Patrick’s Athletic.

St Pat’s have been excellent against the better teams in the league under Stephen O’Donnell, holding Shamrock Rovers (twice) and Dundalk away recently. Their difficulties have been concerned with breaking down teams, even the weaker sides, but Bohs have their limitations and look a short price.

The underdogs should get at least a draw. The Gypsies defend well but look a bit flattered by their start and this looks close to a 50-50 game behind closed doors. Pat’s have a strong squad and they can mix things up a bit, with Bohs aiming to keep tabs on Shamrock Rovers.

James Kelbrick August 21, 2020 james.kelbrick@freesupertips.co.uk
James is an Everton fan from Chester who started a football blog shortly after leaving university and it wasn't long before he was offered a freelance position at a football tips and predictions website. James made the move to FST in 2017 and now specialises in the Portuguese Primeira Liga and the Eredivisie.