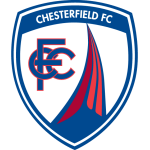 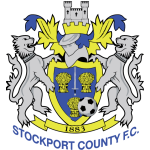 Chesterfield vs Stockport predictions ahead of this clash in the National League on Saturday night. Will Stockport record a fourth straight league success? Read on for our free betting tips and predictions.

Reason For Chesterfield vs Stockport Predictions

Stockport have responded to their 1-0 defeat at Torquay on the opening day of the National League season with wins over Halifax, Dover and Wealdstone and they should be confident of recording more success on their trip to Chesterfield.

Stockport have strengthened their squad sufficiently and even at this early stage talks of promotion should not be dismissed lightly.

County have bolstered their firepower with the arrivals of Connor Jennings from Tranmere, Steveange’s Alex Reid and most notably Barrow’s John Rooney, who has hit the ground running with a brace against Dover and a hat-trick at Wealdstone.

With that quality, Stockport should be knocking on the door of promotion but they may not have things all their way at Chesterfield.

Jim Gannon’s side have conceded in three of their four league games and conceded twice in a 5-2 win at Wealdstone, who are bottom of the National League with only one point from their first three fixtures.

And Chesterfield have scored in all three games this season, with them firing four past Woking and netting consolations in defeats to Hartlepool and Torquay.

Both of their losses ended 2-1 and we predict the same scoreline here. Two exciting teams should put on a show but defensive flaws would appear their downfall.

Aaron Ashley October 15, 2020 aaron.ashley@racingpost.com
Aaron graduated with a journalism degree at the University of Sunderland in 2016 before embarking on a fresh challenge at the Racing Post to combine the skills he had been taught with his passion for football and betting. Although a loyal Northampton Town supporter, Aaron closely follows the action across all of Europe’s elite divisions.