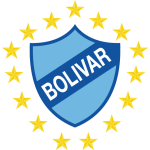 Defensor Sporting vs Bolivar predictions for Wednesday’s Copa Libertadores first round qualification, second leg clash. Plenty of action is expected at both ends of the pitch as Bolivar look to haul back the 4-2 defeat they suffered in last week’s first leg. Read on for all our free predictions and betting tips.

After achieving the almost impossible in said match, namely winning away in La Paz in gruelling altitude, Defensor come into Wednesday’s match all but into the next round, but will still want to do a professional job. La Viola were outstanding in the trip to Bolivia, ending Bolivar’s 16 match unbeaten Libertadores home record and the win will undoubtedly have confidence sky-high in home ranks.

Defensor crashed out of the competition in the group phase last season, but when this draw was first made, they didn’t even look like making it that far this year, given the difficulty of the away leg, but they now appear set for a continental run. 3 wins from the last 4 matches in front of the home crowd makes Defensor a fairly powerful home outfit, and they certainly look well placed to finish the job off on Wednesday as a result.

Meanwhile, Bolivar completely hit the self-destruct button in their all important home leg, being reduced to 8 men and allowing their opponents to slip into what now seems an insurmountable lead. Home performances were always going to have to be strong if Bolivar where to go far in the competition and instead, they now look set to fall at the first hurdle.

You’d perhaps give slight hope of a comeback if La Academia were a powerful force as visitors but simply put; they aren’t. They’ve lost 11 of their last 16 trips overall and haven’t won any of their last 9 Libertadores away games, despite having scored in all but two of them, with defensive showings tending to let them down.

Ultimately, the result of this tie isn’t really in question and all that remains to be seen is how exactly the match will pan out on the night. If last week’s game is anything to go by, it should be a very exciting one and with Bolivar having no option but to chuck men forward from the off and Defensor looking to win on home territory, it should be more of the same once again.

All things considered, backing over 2.5 goals looks to provide excellent value and is exactly where our money is going. Defensor’s last 7 games have all cleared said goal line and with 12 of Bolivar’s last 16 away games having done the same, there’s no reason to believe it’ll be a 90 minutes of few goals and we fancy the hosts to run out 3-1 winners come full time. 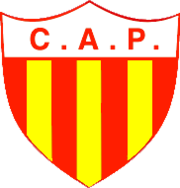 Progreso
Free Bets & Offers
Sign Up To Our Email Newsletter