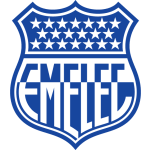 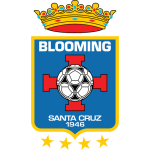 Emelec To Win To Nil

Reason For Emelec vs Blooming Predictions

Emelec looking to establish an advantage

Typically more accustomed to playing in the Copa Libertadores, Emelec will be somewhat disappointed to be in the Sudamericana this year. Nonetheless, now that they are in it, the Ecuadorians will be looking for a deep run and certainly have the quality on paper to reach the latter stages of the competition.

Emelec are huge favourites in this tie against Bolivians Blooming but they’ll want to open a sizeable home advantage to avoid complications in a potentially trickier away leg. With 4 home wins from their last 5 home games behind them, confidence can be high coming into the game; especially as the side are unbeaten in 9 Sudamericana ties, of which they’ve won 7.

Blooming looking to stay in the tie

Meanwhile, far from a force even in a weak Bolivian league, Blooming aren’t expecting to go far in continental action and it’d be a huge surprise if they even managed to win this tie. The side crashed out at the first round back in 2018 against Bahia and it’s fair to say they don’t appear ready to do any better this year.

Whilst they might have half a chance of securing a result on home soil, Blooming look set to struggle in this away leg and will simply be trying to remain in the tie in Guayaquil. Overall, the visitors have lost 6 of their last 7 away games and having conceded an average of 2.62 goals a game in the process, their prospects look very bleak prior to kick off.

An easy home win is expected

Ultimately, we’re expecting Emelec to win this leg and the tie overall in a very comfortable fashion. Man for man, they are stronger in all areas of the pitch when compared to Blooming and if they play at anywhere near their maximum, they’ll have no issues in progressing.

All things considered, backing a home win to nil looks the way to play in Thursday’s game and is something we’re happy to do with maximum confidence. Emelec are strong as hosts and with Blooming having lost 4 of their last 7 away games to nil, we can see them struggling in a 3-0 margin of defeat.

View Prediction
Arminia Bielefeld
Sign Up To Our Email Newsletter