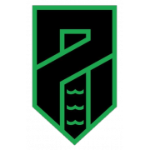 Frosinone vs Pordenone predictions ahead of this Serie B clash on Sunday. Will the hosts be able to shake their poor form and claim a first-leg win? Read on for our free Serie B predictions and betting tips.

Reason For Frosinone vs Pordenone Predictions

Frosinone came into the playoffs in poor form, which impacted them early in their 3-2 extra-time victory over Cittadella in the last round. After that run, they come into this game having failed to keep a clean sheet in their last 10 matches.

That should suit the visitors, who will look to get forward here. However, Pordenone have their own issues at the back after shipping 1.79 goals per game on the road last term. The visitors conceded 34 of their 46 goals in away clashes.

The visitors conceded in 89% of their away matches, with each of their last four games seeing both teams score. With the same landing in five of Frosinone’s last six, we see value in backing goals.

Meanwhile, Frosinone have failed to win their last seven after 90 minutes, with four of their last six finishing level. With Prodenone seeing three straight draws – two of which finished 2-2 – we are backing a 2-2 draw as our correct score prediction.