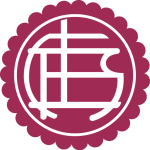 Godoy Cruz vs Lanus predictions for Friday’s Superliga Argentina clash. Godoy Cruz will be looking to maintain their strong record as hosts by claiming all three points. Read on for all our free predictions and betting tips.

Friday’s Superliga Argentina action sees Godoy Cruz going up against Lanus. The hosts will be looking to maintain their incredible home record in order to pick up all 3 points.

Whilst Godoy Cruz haven’t quite hit the heights of last season, in which they came 2nd and finished just two points behind champions Boca, they still find themselves 8th in the Superliga standings and remain an incredibly powerful force on their own patch. Boss Diego Dabove may have left the club over the mid-season break but having retained the services of key forward Santiago Garcia, after his transfer to Mexico fell through, El Tomba will be hoping to kick off the year in strong fashion.

As mentioned above, Godoy Cruz have been unbelievably good at the Estadio Malvinas Argentinas for quite some time now. They’ve won a staggering 17 of their last 20 home Superliga outings and with gaining ground on the sides above them the objective, those taking to the pitch will be keen to prolong that streak with another win on Friday.

Meanwhile, although they ended 2018 in improved fashion, Lanus will be desperate for a happier 2019. The side really struggled to deal with Jorge Almiron’s departure and looked a very weak outfit throughout the year, but Luis Zubeldia did at least manage to come in and somewhat restore confidence in the group, putting together an unbeaten run of 4 matches prior to the mid-season break.

Nonetheless, still in 20th place with just 15 points from as many games and possessing a squad that reads as a shadow of what it once was, Lanus are clearly no longer a force to be reckoned with in the Superliga and are in a transitional period. Without a win in 11 straight away matches, Friday’s trip looks a tough ask to kick the year off with and all things considered, it’d be a big surprise if they travel home with any kind of result.

Ultimately, there’s normally very little to think about when Godoy Cruz are at home as far as the betting goes. They’re typically priced at appealing odds in comparison to their stunning home record and rarely fail to deliver and that’s certainly the case once again here.

As such, we’re more than happy to back a home win and see no reason to believe Godoy Cruz will slip up. Lanus are not a strong outfit on the road, reflected in their long winless streak as visitors and Godoy Cruz should have more than enough to edge the clash, with a 1-0 margin of victory on the cards.