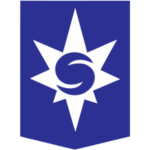 KA Akureyri vs Stjarnan predictions ahead of this Urvalsdeild clash on Thursday. Can the visitors claim another win? Read on for our match preview and free betting tips.

Fourth placed Stjarnan head to KA on Thursday night, can they claim three points and climb even further up the standings? The hosts need points, with a relegation battle looming after a poor start. However, they’ll be out to turn things around with a solid result in this encounter. The hosts finished in the safety of seventh last season, and a win could push them back up the league. However, they’re going to struggle getting the better of a Stjarnan side who have peaked, so this is going to be a difficult game for the home side.

Stjarnan did just hit seven goals past Fjolnir at the weekend, so it’s easy to see why they’ve been cut down to odds-on favourites ahead of this game. On top of that, they meet a KA side who have lost three of their last four matches, so is another heavy win on the cards? While the visitors are on a three game winning run, we aren’t so sure that they can extend that on Thursday night.

Stjarnan have played just two of their games away from home, winning one and drawing one. They’ve been largely untested on their travels so far, so this could offer a chance for KA to turn their fortunes around. In addition, Stjarnan were poor on the road last season, winning three of their 11 trips. They picked up one point at the bottom two, and beat just one bottom half side, including a 1-1 draw at this ground last term.

Meanwhile, KA are tougher to beat than their recent results suggest. They’re unbeaten in eight at home in the league, while they managed to hold all of the top three to a draw last season. The home side are much more impressive at their own ground, and they could worry Stjarnan in this clash. After losing just twice at their own ground since the start of last season, we see KA making this a closer game than the odds suggest. They relied on that home form for 59% of their points last term, and they should be motivated to pull off another result this week.

They’re also capable of ending Stjarnan’s winning run, as the visitors have issues on the road. They’ve won twice away in the league since last May, while six of their last eight trips have been drawn. We expect a similar result this time, with the draw looking like the best value selection between these two in form teams. Alongside the draw, we’re also predicting a 1-1 final score.