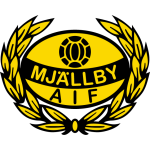 Malmo set to extend winning streak at the Strandvallen

Mjallby’s four match unbeaten streak ground to a halt in midweek as they fell to a 2-1 defeat at Djurgarden, and they’re likely to suffer more of the same when they face the dominant Malmo on Sunday.

The visitors started the season slowly, winning just one of their opening seven in the Allsvenskan. However, they have since rediscovered their form and come into this game on the back of an eight match winning streak in the league.

Away from home they have won four on the bounce, and while we’re predicting another win on Sunday it’s noteworthy that they have only kept two clean sheets in their seven road trips this season.

This, combined with the fact that Mjallby have scored in each of their last five outings and in five of their last six at home, makes backing both teams to score look an attractive option.

We’re expecting a repeat of Mjallby’s midweek result as well. Malmo have won by a 2-1 scoreline in three of their last eight league matches, so we’re opting for that as our correct score prediction.

Alex Wrigley August 14, 2020 alex.wrigley@freesupertips.co.uk @Wrig90
Content Manager at Free Super Tips, Alex was born in the shadow of Old Trafford and is an avid Man Utd fan. After graduating from university he combined his love of football, writing and betting to join FST and now closely follows goings-on in all of the top European leagues.