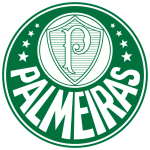 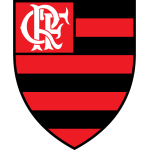 Reason For Palmeiras vs Flamengo Predictions

Sunday’s Brazilian Serie A action sees Palmeiras doing battle with Flamengo at the Allianz Parque. The visiting champions will be looking to get the better of last season’s title winners to prove why they are Brazil’s top dogs.

When you’re a club of Palmeiras’ size, a trophyless season always goes down as a big failure and that’s exactly what this campaign has been for the hosts. Verdao romped to the league title last year can came into 2019 hoping to defend their domestic crown and compete on the continental front but in the end, they’ve done neither.

Indeed, Palmeiras were knocked out of the Copa Libertadores by Gremio at the quarter final stage and some 16 points behind Flamengo in the table, it’s clear they’ve been well short of the required standard. Having now failed to win any of their last 4 games, losing the last 2, it’s clear Palmeiras’ minds are now elsewhere and all concerned just want 2019 to come to a close.

Meanwhile, if Palmerias’ season has been a failure, Flamengo’s has been the complete opposite, with Jorge Jesus’ men landing a historic league and Libertadores double. Mengao scored two last gasp goals against River Plate to crown themselves kings of South America last weekend and were also made champions of Serie A, leading to scenes that will live long in the memory of supporters.

Having hammered Ceara 4-1 in the week, Flamengo aren’t looking to put their feet up however and they’ll come into this trip desperate to prove just why they are Brazil’s strongest side. They beat Palmeiras 3-0 earlier on in the campaign and having won 26 of their 35 games overall, they’ll travel to Sao Paulo supremely confident of securing victory.

Ultimately, the difference between the two sides this year has been substantial and Flamengo have been the better of the two in just about every metric. Man for man, they look a stronger side than Palmeiras and their sheer firepower has them going into every game as huge favorites, having plunged home a staggering 77 goals this season.

With only one side coming into this game with any kind of positive feeling around them, backing Flamengo on the Draw No Bet line looks like an excellent way to play as far as the betting is concerned.. Palmeiras have looked on the beach in recent weeks and with Flamengo unbeaten in a huge 26 games, winning 21 times in the process, we fancy them to run out comfortable 2-0 winners.