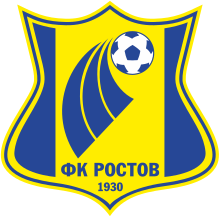 Rostov vs Zenit St Petersburg predictions for Saturday’s Russia Premier League clash. Zenit continue the defence of their Russian Premier League title when they visit Rostov on Saturday. Read on for all our free predictions and betting tips.

A single goal was enough to separate Tambov and Rostov when the two clashed on Saturday in their top flight openers, but the hosts aren’t likely to get any such luck when they face Russian heavyweights Zenit on Saturday.

Rostov ended the 2019/20 campaign winless in six matches, including a final day defeat at home to Zenit. On Saturday they face the defending champions again, and with Zenit winning both meetings last season it’s looking like another victory for the visitors.

Zenit finished last season 15 points clear of nearest challengers Lokomotiv Moscow and some 27 above Rostov in 5th. They won both the Russian Cup and the Super Cup after the Premier League ended, leaving them on a 16 match unbeaten streak in all competitions and an incredible 25 match unbeaten run in domestic competition.

The visitors have won 21 of these 25 matches, including 12 of their last 13. Even away from home they have won nine and drawn one of their last ten in the Premier League, so backing yet another victory looks fantastic value on Saturday.

Zenit’s 2-1 win over Rostov on the final day of the season was their third win by that scoreline in six league away days and six of their last 11 in all competitions have been 2-1 wins. With Rostov losing their last two home games by that scoreline, that looks an obvious choice for our correct score prediction.

Alex Wrigley August 12, 2020 alex.wrigley@freesupertips.co.uk @Wrig90
Content Manager at Free Super Tips, Alex was born in the shadow of Old Trafford and is an avid Man Utd fan. After graduating from university he combined his love of football, writing and betting to join FST and now closely follows goings-on in all of the top European leagues.