Tony Pulis’ normally rock solid defence was breached more often than he would have liked when they played Norwich in the Capital One Cup in midweek.

The Baggies lost the game 3-0, conceding their first goals in four games in the process. Before this, the last time they conceded was in their 3-2 defeat to Chelsea, which came after their 3-0 loss to Manchester City.

In fact, West Brom have kept five clean sheets in their eight games this season, but have managed to concede three goals in all of the games in which they did let in a goal.

They have picked up some good results though, and their tally of eight points from their opening six Premier League games leaves them in 14th position.

But things are tight in that section of the table at this early stage of the season. Everton have only picked up one more point than West Brom and they are all the way up in 8th position. A win for West Brom could send them as high as 7th, whilst Everton could move to 5th with a victory.

Everton are in a decent patch of form after only picking up one win from their first three Premier League games of the season.

They are unbeaten in five matches in all competitions now, with their last loss coming against Manchester City towards the end of August.

Since then they have earned goalless draws with Spurs and Swansea and beaten Barnsley, Chelsea, and Reading.

Three of the last four meetings between these sides have ended as draws, and I can see that being the outcome on Monday too. Especially since Everton have a massive eight players sidelined for the clash and West Brom are without their first choice stopper Ben Foster again. 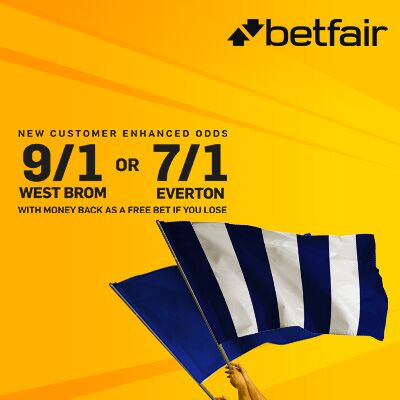