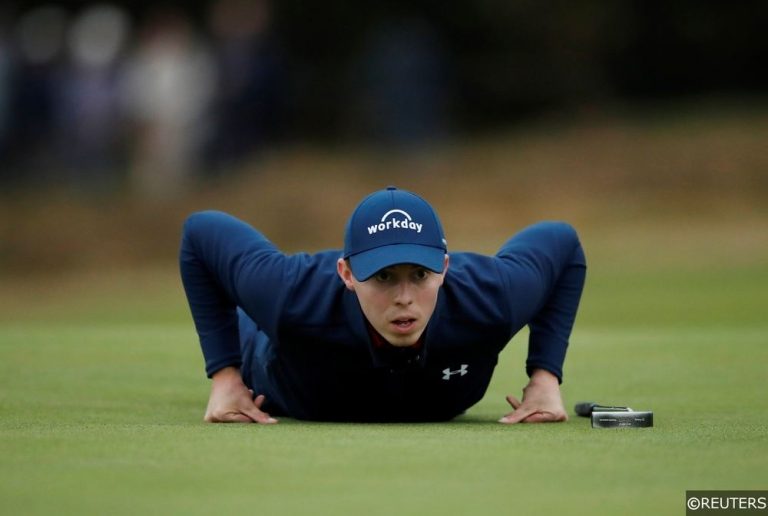 The PGA Tour heads to South Carolina this weekend for the RBC Heritage and we’ve got two tips for the event at Harbour Town Golf Links.

Racing Post golf expert Ian Wilkerson has a 20/1 best bet and a 70/1 outsider tip for the tournament, and he recommends backing both as each-way bets.

Read on to see who he is backing for RBC Heritage glory.

Despite winning seven times on the DP World Tour, Matthew Fitzpatrick is still waiting to break his PGA Tour duck, but this could be the week that he finally celebrates a Stateside victory.

The test provided by Harbour Town Links should be right up the Sheffield man’s street as it calls for accurate ball-striking, and he heads to South Carolina in fine fettle, having finished in the top-15 in seven of his last eight American events, including a 13th spot at last week’s Masters.

Fitzpatrick also has good course form after finishing fourth last year when Stewart Cink won at Hilton Head for the third time, so the Englishman looks to tick plenty of boxes this week.

Tom Hoge has already tasted victory on the PGA Tour this year after he won the Pebble Beach Pro-Am in February and he could be geared for a strong challenge this week.

The 32-year-old was also second at the American Express a fortnight before his triumph and has shot up the world rankings from 110th to 38th since the turn of the year.

He was 39th on his debut at The Masters and the fact he viewed that as a disappointment speaks volumes about where he thinks his game is.

With strong statistics between tee and green, this should be a test that suits him this week and Hoge can make a bold bid.

In the Mixer: Does the 5-sub rule actually benefit the bigger teams?