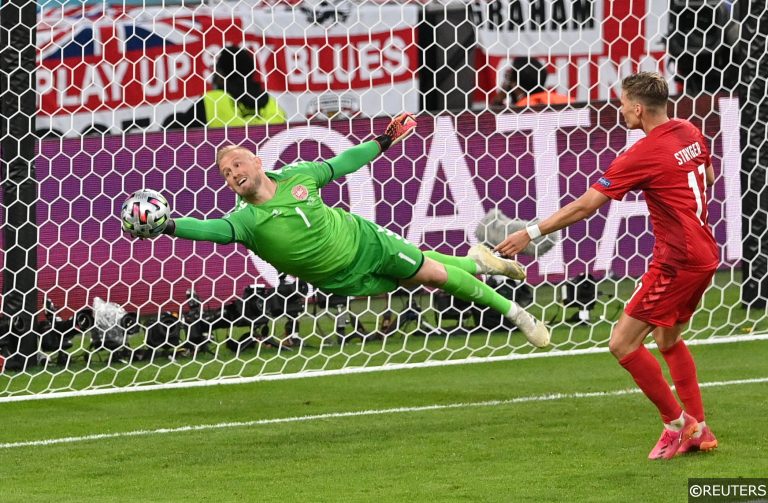 There’s another busy night of matches in the race for the 2022 World Cup. We’ve covered plenty of the big clashes across Europe over in our match predictions, but we’ve covered even more below, including a 320/1 accumulator tip!

This group is wide open with Montenegro only four points shy of top spot. They’re still in the running for the World Cup and this home clash offers a chance for them to close the gap to the top sides.

Montenegro are worthy favourites for this clash given that Latvia have shipped 14 goals across their last four away trips, but they’ve scored at Estonia, Germany and Turkey in that run.

The hosts won 2-1 in the reverse fixture and they’ve conceded in every group game so far, which has us backing a home win and both teams to score.

The bottom two in Group D meet this week with the pair both seeing their hopes of making the World Cup fade. Bosnia have a chance to close the gap to the top two with three points, as long as they can claim their first win in the group.

Bosnia have seen both teams score in four of their last five World Cup qualifiers, only drawing a blank in a narrow loss to world champions France. Meanwhile, Kazakhstan have scored against Ukraine home and away within their last three qualifiers and the hosts have kept one clean sheet across their last eight home qualifiers.

Cyprus have lost their last four games to nil and they’ve failed to score in four of their five matches in this qualifying group. They sit bottom of the pile and their away record suggests that things aren’t going to get better here.

The visitors have lost 12 of their previous 13 away matches, allowing Slovakia an opportunity to claim three points at home again having gone unbeaten through three home games in this group. The hosts are only four points shy of second and a victory here could put them in the mix for a playoff spot.

Portugal needed a late Cristiano Ronaldo show to see off Republic of Ireland last week and Fernando Santos’ side may not beat Azerbaijan as convincingly as their odds suggest when the two nations square off in Baku.

Prior to the Euro 2020 finals, Portugal had to come from behind to beat Luxembourg 3-1, while they only managed to edge out Azerbaijan 1-0 at home in March’s reverse tie.

Azerbaijan have lost none of their last 12 outings by more than a single goal. Backing the Azeris with a three goal start on the handicap looks a safe and solid bet here.

Denmark have won all four of previous meetings against Israel without conceding a goal and Kasper Hjulmand’s side can extend that record in Copenhagen this week after a 1-0 win at the Faroe Islands at the weekend.

Israel are likely to find themselves outclassed here at Parken Stadium, just as they were when losing 0-2 to Hjulmand’s charges in Tel-Aviv six months ago.

The visitors have lost without scoring against the likes Portugal, Czech Republic and Poland on their travels over the last two years and we’re confident they’ll suffer a similar fate this Tuesday.

Goal difference could well be a factor later this year when determining who qualifies from a tight Group G, and Norway can give theirs a significant boost when they welcome strugglers Gibraltar to Oslo this Tuesday night.

The Norwegians are locked in a three way battle with Turkey and Netherlands. Norway are five and eight goals inferior to their rivals though, so you bank on Staale Solbakken’s side pushing the envelope in this Tuesday’s tie.

Gibraltar restricted Turkey to three goals on the rock at the weekend, but they shipped seven against Netherlands three starts ago and we should see something similar here. Norway were 0-3 victors in the reverse tie, but they should rack up more goals at Ullevaal Stadion and we’re backing the hosts at -4 on the handicap.

Croatia slumped to a disappointing 1-0 defeat in Ljubljana back in March, but Zlatko Dalic’s side can gain revenge in this week’s reverse tie in Split. The Croats have bounced back extremely well since that loss to take ten points from a possible 12.

Croatia have not been beaten in a home World Cup Qualifier since losing to Belgium 1-2 in October 2013, winning seven and drawing two in that period. Slovenia have lost both of their away trips in the current campaign and their last five World Cup Qualifiers outside of Ljubljana.

Malta are certainly not the whipping boys of old, claiming four points from their five matches in Group H to date including a fine 3-0 home victory against Cyprus last week.

However, they were well beaten 3-0 by Croatia when facing their third game in seven days during the last international break, and a similar fate potentially awaits Devis Mangia’s charges here as they make the gruelling trip to Moscow just hours after losing 1-0 in Slovenia.

Despite their marked progress in recent times, small nations like Malta with limited squads often struggle with quick turnarounds and it goes without saying anyway that Russia are a far superior outfit.

Tuesday’s hosts triumphed 1-3 in March’s reverse tie, but back them to cover a two goal handicap this time around.