Serie A is the last of Europe’s big leagues to return, giving us a packed slate over on our Match Predictions page. Here we’re going game-by-game into the opening round of Serie A matches, picking out a tip for each to put towards a mega accumulator across the weekend.

Verona have lost four of their last five meetings with Sassuolo and they are likely to struggle in their season opener. The hosts have had two good seasons under Ivan Juric, but he’s moved on and has been replaced by Eusebio Di Francesco.

Di Francesco was highly rated while at Sassuolo but his career has fallen apart since he left. Meanwhile, the Neroverdi have gone from strength to strength, winning 10 of 19 trips last term. Their impressive style of play endures even after losing manager Roberto Di Zerbi and that should guide the visitors to another victory over Verona.

Inter Milan conceded fewer than one goal per game on their way to the title last term, winning 17 of 19 matches at home.

Inter have won their last six Serie A matches against Genoa by an aggregate score of 21-0. While they aren’t going to add too many goals to that without Lukaku, we’re backing them to win this clash to nil on Saturday.

Maurizio Sarri returns to Serie A by facing the side who gave him his big break. Empoli thrived under the dogmatic boss, setting him on a path to manage Napoli, Chelsea and Juventus. Joining Lazio is a backwards step after that run, but Sarri can build something impressive in the capital.

The visitors slipped to sixth last season and they’re looking set for a rebuild, but there were encouraging signs. 10 wins in 12 clashes with the bottom six shows Lazio are too strong for the strugglers and Empoli are likely to be in that mix after winning promotion.

Empoli have lost their last five meetings with Lazio in Serie A and we’re backing that run to continue.

Atalanta have scored 11 goals across their last two visits to Torino and that high-scoring form is likely to continue here. La Dea have scored 11 times across the last three opening rounds in Serie A, more than any other side. That run includes last season’s 4-2 victory in their curtain raiser at Torino.

Atalanta have also started the last three Serie A seasons with a win and Gian Piero Gasperini’s remarkable job in Bergamo has raised hopes of a title challenge this time around.

Torino added manager Ivan Juric in the summer but even he won’t be enough to solve all the problems for the hosts. Their squad needs strengthening and Atalanta’s class should ultimately tell here. 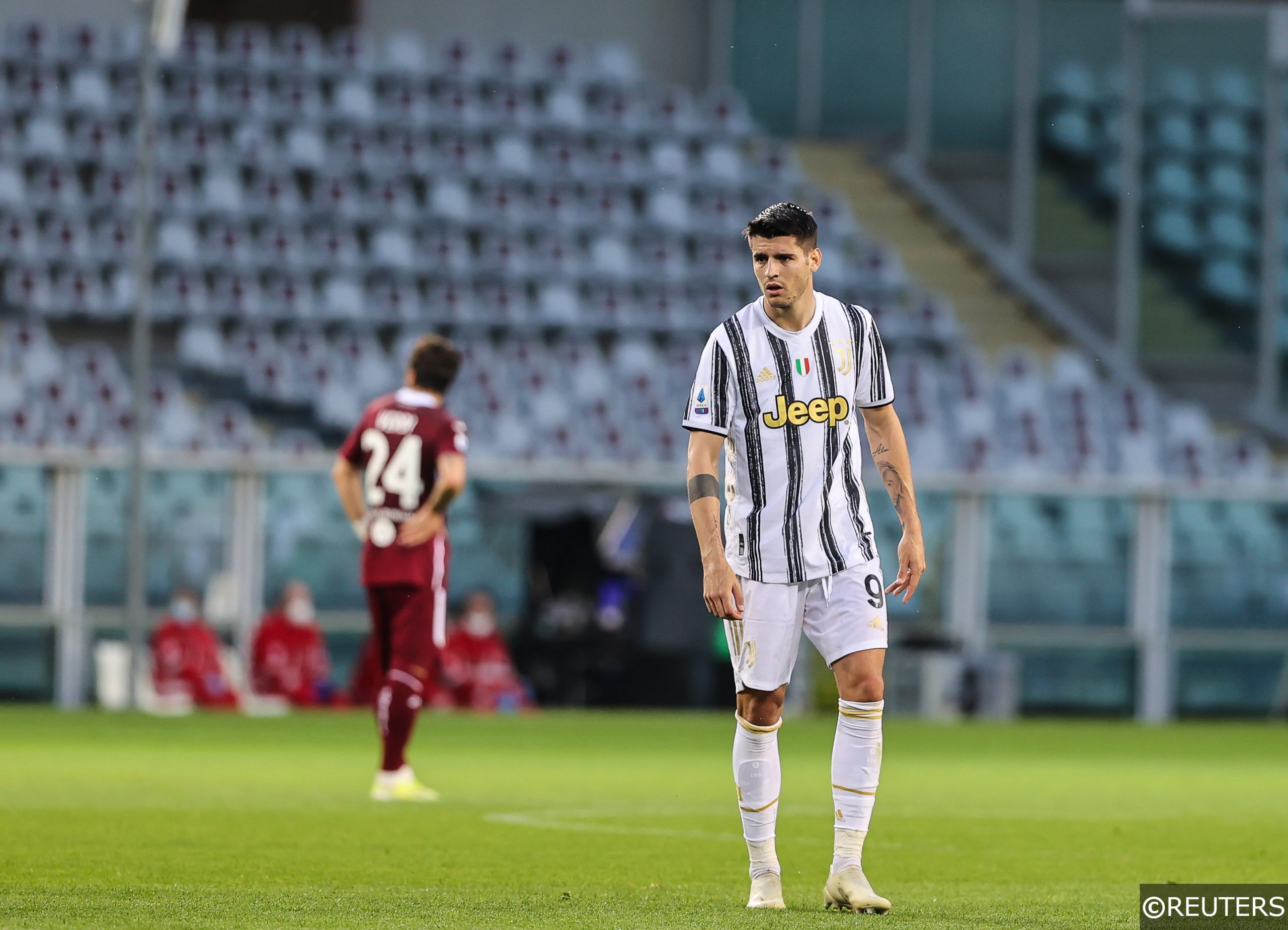 Max Allegri is back at Juventus aiming to guide them back to the top of Serie A. Having won five straight titles during his reign in Turin, Allegri returns with his side finishing fourth last term.

However, Juve are preseason title favourites and they should start this term with an impressive victory. Their dramatic fall last season should be reversed by Allegri, with Andrea Pirlo’s lack of experience hampering a talented side.

However, the visitors did get their act together by the end of last term. They won their final three league games last term, scoring 10 times. Expect that form to continue as Allegri returns, as Juventus have won seven of the last eight Serie A games against Udinese (L1), scoring 24 goals.

Bologna have gone unbeaten in 13 of their last 14 Serie A meetings against promoted sides (W9 D4) and they’ll hope to continue that fine record on Sunday. However, defensive concerns for the hosts point to goals being the best way to go here.

Bologna conceded in 87% of their games last term and they’ve done little to change things over the summer. They’ve got an attacking style that is entertaining to watch, but they’ll inevitably concede plenty of goals. Salernitana scored seven goals in their final three matches last term so we see both teams scoring.

Gennaro Gattuso departed Napoli last term despite a good finish to the season. That’s left a good foundation for Luciano Spalletti to build upon and we expect big things going forward from his Napoli side.

The hosts scored 50 goals at home last term – an average of 2.6 per game. Half of their home wins came by a three goal margin or greater and they have plenty of attacking threat.

Lorenzo Insigne remains at the club and he’s been involved in 24 goals in his last 22 Serie A meetings against promoted sides (12 goals, 12 assists). Meanwhile, big money striker Victor Osimhen scored seven of his 10 league goals last season from April on. There’s plenty for Spalletti to work with and we’re backing him to deliver a big win.

Jose Mourinho won his opening game in charge with Roma 2-1 victors at Trabzonspor in midweek. Last term Roma won 13 of 19 home games in Serie A and they’re worth backing to start with a victory. Adding Tammy Abraham looks like a smart move to replace Edin Dzeko and Rui Patricio’s arrival finally gives Roma a solid option in goal.

Roma have won their last four Serie A meetings against Fiorentina and Mourinho can keep that going. Fiorentina have visited Roma in their opening game on three occasions and they’ve lost all of them, so a home win and a 2-1 Roma victory are our predictions.