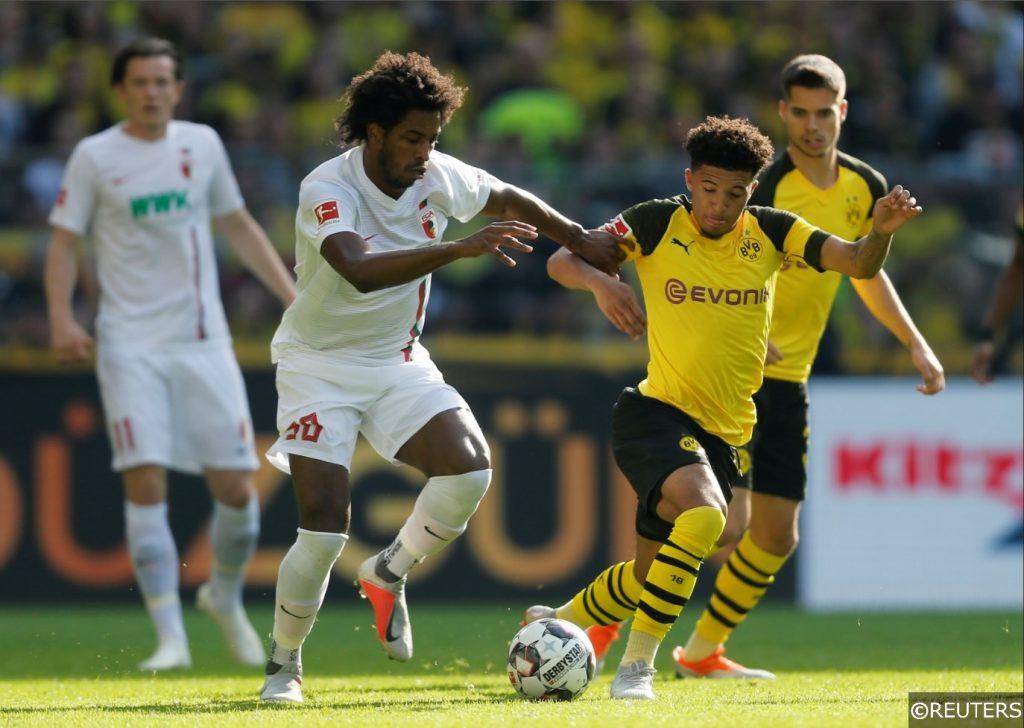 Watching a talented young player explode on to the scene is one of the most exciting things in football. When a youngster emerges and immediately shines among his more experienced peers, supporters understandably get a little giddy.

In 2019/20, a fresh batch of wonderkids have been showcasing their goalscoring skills to the watching world, with people everywhere clamouring to witness the game’s “next big thing”.

With club football across Europe postponed for the foreseeable future, we thought we’d take the opportunity present a rundown of seven highest scoring teenagers from the continent’s best domestic leagues this season.

In at number seven is Valencia’s exciting attacking midfielder Ferran Torres. The Spaniard turned 20 on February 29th, though we felt he deserved to be included having played the majority of the campaign as a teenager.

Torres enjoyed a breakout season with Los Ches in 2018/19 having graduated through the ranks at the club’s famed academy, and this season the winger has cemented his reputation as one of Spain’s most promising emerging talents, hitting 6 goals in 34 appearances for his hometown club.

Braga and soon to be Barcelona starlet Francisco Trincão is another player who turned 20 during the current campaign, though his exploits as a 19-year old for a large chunk of the 2019/20 season ensured he made our list.

The attacking midfielder has been making a real splash in Portugal and Europe this season, netting 7 goals in just 10 Primeira Liga and Europa League starts (26 appearances total) since August.

Trincão hasn’t yet fully forced his way into Braga’s first choice XI, but Spanish giants Barcelona saw enough potential in his flashes of brilliance to sanction a £30m deal for the player who will move to the Camp Nou in the summer.

In a season largely characterised by frustration, the emergence of Gabriel Martinelli has been a major positive for Arsenal.

The Brazilian centre-forward, plucked from relative obscurity in his homeland last year, has needed just little sniffs of first-team football to make his presence felt this term.

The 18-year old plundered an impressive 10 goals from just 15 starts for the Gunners in 2019/20 before the season was curtailed unexpectedly, though Martinelli’s role in Arsenal’s team is certain to become much more prominent soon.

Manchester United’s academy has been churning out plenty of potential stars of late, though Mason Greenwood is undoubtedly the club’s home-grown crown jewel right now.

The Bradford-born youngster rarely fails to miss an opportunity to impress, and the versatile attacker, who only turned 18 in October, has already scored 12 first team goals for United despite starting just 15 games in total.

Greenwood, who has been with United since the age of six, is remarkably two-footed and has been known to take free-kicks, corners and penalties with either foot with equal accuracy.

With his mesmerising, match-defining performances for Borussia Dortmund now a weekly event, England international Jadon Sancho, who turned 20 this week, is one of football’s hottest properties right now

The incredibly talented winger has scored 17 times for the German giants in all competitions this term, though his goal out-put is matched by his equally phenomenal assists total which stands at 17 from the same hugely productive period.

Sancho looks set to angle for a move away from Dortmund in the summer and the imminent scramble for his signature is expected to push his eventual transfer fee north of €100m.

Amsterdam-born forward Myron Boadu is enjoying a spectacular break-out season in the Netherlands for his club AZ Alkmaar in 2019/20.

The 19-year old striker has been banging in goals on the regular for AZ in the Eredivisie and the Europa League, hitting the net 18 times in total in his 31 appearances in all competitions.

Boadu made his international debut for the Netherlands in November last year and duly marked his first senior run out for the Oranje by scoring his team’s final goal in a 5-0 win over Estonia.

Few players have ever enjoyed as spectacular a rise as Erling Braut Haaland has in the last 15 months.

The Norwegian, who won’t turn 20 until July, moved to Austria in January 2019 to sign for RB Salzburg from Molde, though the physically imposing centre-forward had to wait until the start of the 2019/20 campaign to establish himself as the insanely prolific finisher we know today.

Haaland found the net an eye-watering 28 times in just 22 appearances for RB Salzburg between August and December, transferring his prowess from the Austrian to the Champions League stage with other-worldly ease.

German club Borussia Dortmund came calling when the winter transfer window opened, snatching Haaland for approximately €20m from under the noses of Manchester United, and the 19-year old hasn’t looked back since.

Haaland hit a stunning debut hattrick off the bench for BVB against Augsburg and the hitman has bagged 12 goals in total since moving across the border to swap one Bundesliga for another.

The aforementioned players look like living up to their wonderkid billing, though many players in the same category didn’t. Read about some of the Premier League’s future stars that never made it here.