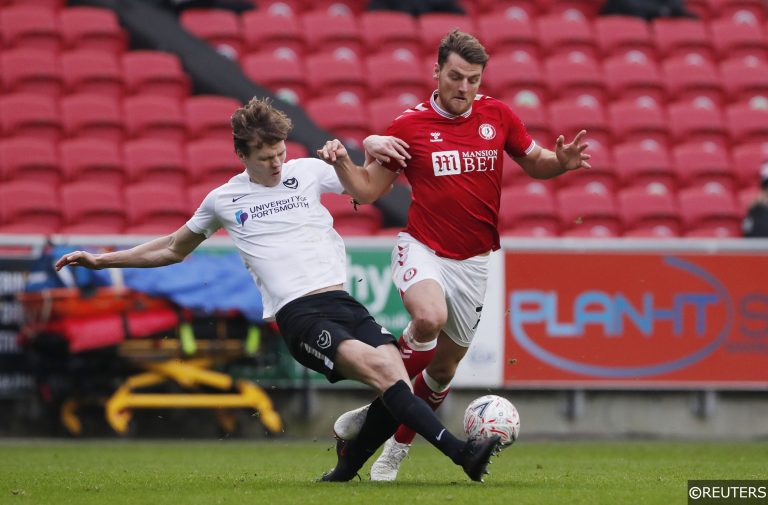 This weekend’s Championship action begins on Friday night at Ashton Gate as Swansea meet Bristol City. Both sides have huge defensive concerns, so there’s a good chance we’ll get a thrilling start to the weekend.

With goals expected and the hosts’ backed in our Bristol City vs Swansea predictions there’s plenty of angles in this clash. We’ve picked out some of the best bets for Friday’s clash in our 71/1 bet builder, which you can back below.

After winning 3-2 at Reading in midweek Bristol City should be coming into this clash full of confidence. They’ve got a fantastic record in this fixture, losing only one of their previous 12 clashes with the Swans. Given that the Welsh side have lost two of their opening three league games this term.

Bristol City are worthy favourites in my eyes, but I expect both sides to find joy here. Swansea have scored in both their defeats this term and the Robins come into this one having seen their last eight league games finish with both teams scoring.

Martin has started this campaign in fine form, having scored in two of his first three league games this term. The former Derby man is a huge physical presence up top and we’re backing him to cause problems for a leaky Swans defence.

Bristol City’s Weimann was key against Reading, scoring twice in the win. The former Aston Villa man is a big threat going forward, having averaged 0.9 shots on target per game across last term. He’s averraged 2.3 shots per game this season so far, so back him to trouble the Swans.

Jay Fulton to be booked

Our final pick is on Swans midfielder Fulton to find himself in trouble. He’s been a regular nuisance for referees at this level, having picked up 19 yellow cards across the last two Championship campaigns. Fulton hasn’t been booked in the new campaign, but with his track record you imagine it won’t be long before he is.