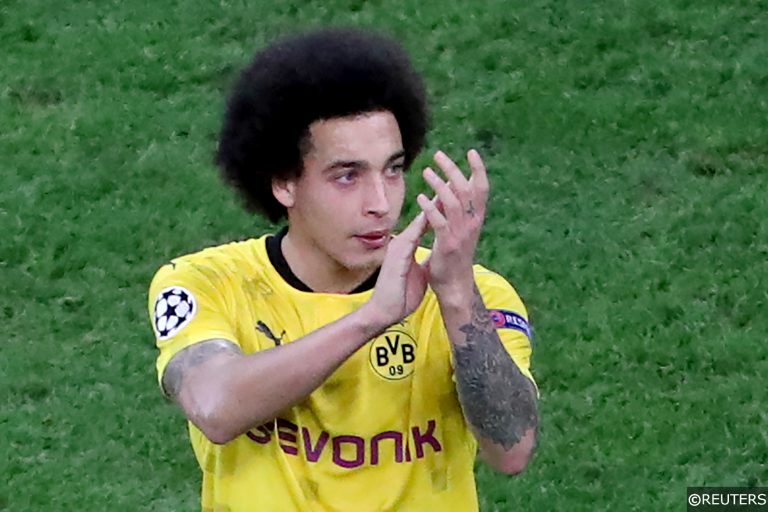 The second round of fixtures in the Bundesliga takes place over the weekend and there are six games on Saturday.

There are a few teams playing on Saturday who have particularly good recent records on the road and we’ve put together a 9/1 treble, and we have predictions for every other game this weekend.

Greuther Furth were hammered 5-1 at Stuttgart on their return to top flight football in Germany last weekend and they could be set for more misery against Arminia Bielefeld on Saturday.

Furth came in second in Bundelsiga 2 last season but they only had the fifth best record at home, and they conceded 23 goals in 17 home games.  Bielefeld have made a solid start to the season with a cup win over minnows SpVgg Bayreuth and a 0-0 home draw with a good Freiburg team, so we think they can pick up their first three points at Furth.

Bielefeld had some success at the end of last term on their travels with just one defeat in their final six away games (W2, D3) and they managed three clean sheets in their final four away games.

Mainz picked up an eye-catching win over RB Leipzig in their season opener and can back that up with a win at promoted Bochum on Saturday.

Bochum were strong at home in the second tier last season with 12 wins in 17 games but their 1-0 defeat at Wolfsburg last weekend suggests they may struggle to cope with the step up in quality.  The scoreline itself may be no disgrace, but Wolfsburg were thoroughly dominant and managed nine shots on target to Bochum’s one – as well as missing a penalty.

Mainz were good travellers last season and go into this match unbeaten in their last nine away games in all competitions, with six wins and three draws.

Borussia Dortmund kicked off the new Bundesliga season with a 5-2 thrashing of Eintracht Frankfurt but then went down 3-1 to Bayern Munich in the German Super Cup. BVB have been in good form on their travels with eight wins in their last 11 competitive away games across all competitions and we feel they can claim three points here.

Augsburg had a woeful record on the road last season as they picked up just 14 points from 17 games.  The Fuggerstadter lost 11 of those fixtures and failed to pick up any points in their final six away games, a run that included a 2-0 defeat ay Frankfurt.

Frankfurt were excellent at home last season and managed to go the whole Bundesliga season without being beaten at their Deutsche Bank Park home with 10 wins and seven draws.    Frankfurt won four of their final five games by two or more goals and we’re backing them with a -1 handicap here.

Leverkusen have dominated this fixture of late with three wins in the last three Bundesliga meetings between the two teams but their home record last season wasn’t particularly impressive with just eight wins in 17 games (D5, L4).

Gladbach lost just six of their 17 away games last season and after taking a point against Bayern we feel they can get something in Leverkusen this weekend.