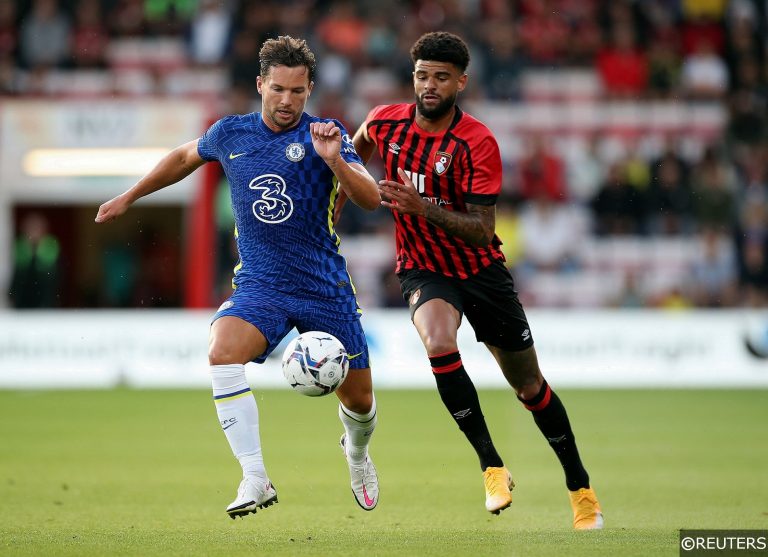 The 2021/22 Championship campaign kicks-off on Friday night with a clash between two promotion contenders as Bournemouth host West Brom. We’ve got that clash covered with our Bournemouth vs West Brom predictions, but that’s not all.

With such a high-profile curtain raiser we’re starting the Championship season with a bet builder on Friday’s game which clocks in at 81/1. See each of our selections and back our tip below.

Bournemouth’s appointment of Scott Parker is a win in my book and the way that he constantly readjusted his Fulham side last season proves he’s capable of quickly getting to grips with the strengths of his team. Expect Parker to inspire a Cherries side who have won seven of their last 11 home games, so we’re backing a Bournemouth win in our first selection.

However, it will take longer for the Cherries to solve their defensive issues. They conceded in eight of their final nine matches last term and we’re backing them to ship a goal against the Baggies. Both teams to score is the next leg of our bet builder.

David Brooks is set to have another good season for the Cherries and we’re backing him to get among the goals in the opening game. The Welshman scored twice in the Carabao Cup last week and he’s going to be a threat once again, so Brooks to score anytime is our third selection.

Philip Billing to be booked is next up with the Danish midfielder coming off the back of a campaign in which he saw yellow on nine occasions. The Bournemouth man will face a tough evening against a West Brom side who are playing with an intense style so we’re backing him to be cautioned.

Finally we’re backing West Brom’s Karlan Grant to have at least two shots in this clash. He has a proven track record in the Championship and he averaged just shy of a shot per game in the Premier League last term. A step down and playing more centrally should both suit Grant who will be a threat at this level.