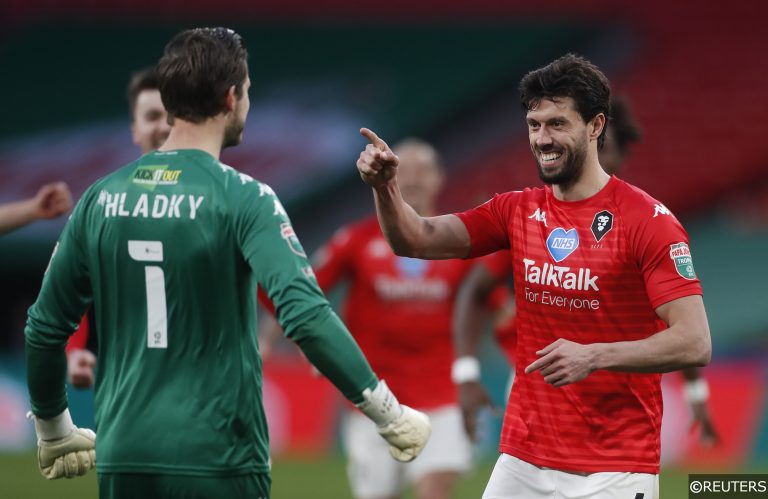 We’re speeding through our 2021/22 outright predictions and we’ve now covered all three tiers of the EFL. Here we’ve collected our three outright winner predictions, which combine for a huge 363/1 treble tip which you can see below.

With the EFL set to kick-off this weekend don’t forget to see all our coverage of the action in our latest match predictions.

Fulham have no shortage of quality in their ranks and in Marco Silva they have a talented manager who is out to prove himself. The Cottagers have won promotion twice in the last four seasons – suffering relegation in the other two. That’s built up a squad of 19 players who have won promotion previously, including 10 who have done it twice. With Silva having a track record of strong starts back Fulham to get in front early and take the title.

Paul Cook has previous in this division and after a great spell at Wigan he should thrive at Ipswich following their summer overhaul. The arrivals of strikers Conor Chaplin and Joe Pigott really catch the eye and that extra quality should really boost a side who still finished ninth last season despite a terrible campaign.

Salford finished two points shy of the playoffs last term but they ended the season looking like a side to fear in the fourth tier. As usual they’ve had a busy off-season and the addition of Conor McAleny will help. He scored 17 times with Oldham at this level last season and adding that extra quality makes Salford even more dangerous. Fresh from a big managerial change and their first silverware as an EFL member Salford are ready to take another huge step forward.