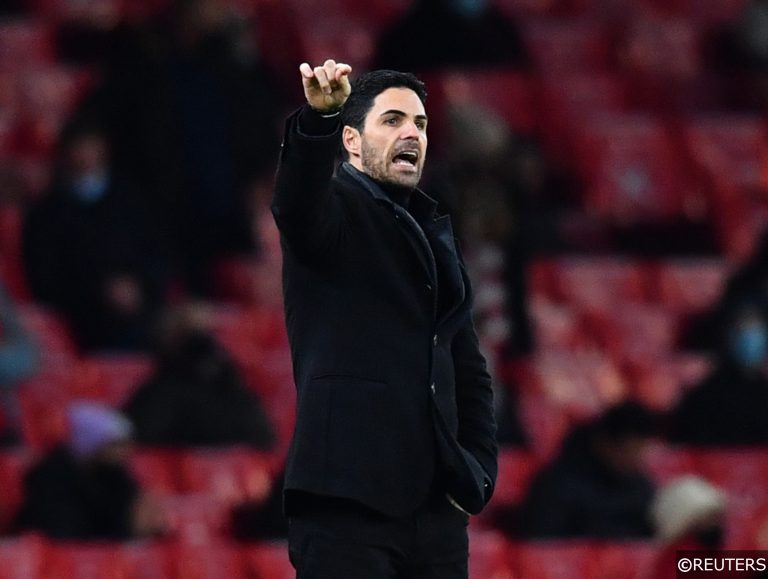 After missing out on the top four last season, Arsenal need to strengthen this summer and if reports are to be believed they are closing in on one of their targets.

Leeds forward Raphinha is understood to be open to a move to the Emirates Stadium and a deal could be completed in the coming days. I’ve taken a look at that potential deal and a few other options for Gunners boss Mikel Arteta for the summer transfer window.

Barcelona were rated as Raphinha’s most likely destination not too long ago but Goal Spain are reporting the Catalan giants are struggling to finance a deal.

The Brazilian isn’t willing to wait for Barca, and as such could be set for a move to North London.

Arsenal are apparently prepared to match Leeds’ £43million valuation and have offered the player himself a better deal than Barcelona have.

The Gunners are now considered the frontrunners to sign Raphinha, and Skybet are offering 1/1 that he joins them before the transfer window closes.

Tielemans deal in the balance

Arsenal have been linked with Leicester’s Youri Tielemans for some time and a move was anticipated this summer as the Belgian has entered the final year of his deal at the King Power Stadium.

The midfielder is still a short price to head to the Emirates, with Betfair offering the best price on this deal happening at 8/11, but this no longer looks quite so certain.

The Gunners are on the verge of completing a £34m swoop for Porto’s Fabio Viera and as such their interest in Tielemans has cooled. He remains a player they are interested in, but there is less urgency to complete a deal and it could well be one that falls by the wayside so at odds-on this doesn’t look too tempting to me.

Arsenal are just 1/5 to sign Gabriel Jesus from Manchester City this summer, although rivals Tottenham are also being linked.

That deal doesn’t offer any real value from a betting perspective but the 4/1 on offer for the Gunners to snare Jesus’ City team-mate Oleksandr Zinchenko looks interesting.

Everton are currently the favourites to sign Zinchenko amid claims the Ukrainian has been told he is ‘surplus to requirements’ at the Etihad Stadium, but you would feel Arsenal would be a more attractive proposition for the player if they do decide to make a move.

City, meanwhile, have been credited with an interest in Arsenal’s Kieran Tierney and if those reports are correct it could give them a bit more leverage when it comes to trying to bring in Jesus and Zinchenko.

Aside from Zinchenko, the majority of the transfer rumours surrounding the Gunners seem to be focused on the attacking areas and this strikes me as a little bit strange given their defensive issues last season.

Arsenal conceded 48 goals last term in the Premier League, more than any other top five team and mid-table trio Brighton, Wolves and Crystal Palace, so chances are they will look to bolster their backline and there have been a few rumours doing the rounds.

Ajax’s Argentine centre-half Lisandro Martinez looks like their top target but there may be competition from Manchester United. There have also been rumours regarding a possible exit for Gabriel as Inter Milan are seemingly plotting a move.

It would be a surprise if Gabriel moved on and Inter would have to put together a too-good-to-turn-down type of package to complete a deal, particularly as the Brazilian seems settled in North London, and it has been suggested that the Nerazzurri would be prepared to use Dutchman Stefan de Vrij as a makeweight.