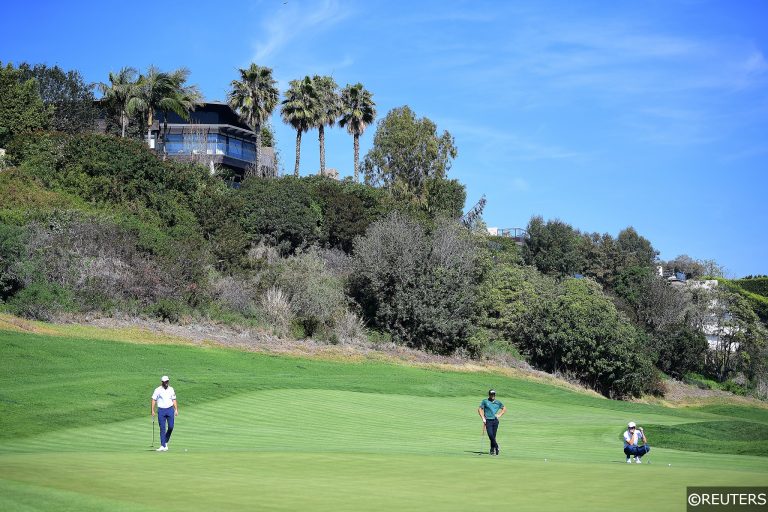 There are three men’s golf tournaments for punters to consider this week, so the opportunity presents itself for an each-way treble, and FST golf followers are advised to have a 2,089/1 treble comprising Cameron Davis, Charl Schwartzel and Tony Finau.

Davis is a 10/1 chance for the Australian Open – an event he won in 2017 courtesy of a stunning final-round 64. This sweet-swinger won on the Korn Ferry Tour the following year, then made his PGA Tour breakthrough in the 2021 Rocket Mortgage Classic.

Three of the four rounds of this week’s event will be staged at Victoria GC, where Davis won the Victorian Amateur in 2014. His confidence is sky-high after a respectable Presidents Cup debut in September and nobody outscored Davis over the final two rounds of the Australian PGA Championship last weekend.

Schwartzel, who has been playing some solid golf on the LIV circuit, seems an 18/1 chance to follow at a venue he knows well. The 38-year-old used to live at the Blair Atholl Estate, which is staging the SA Open for the first time this week, and he is still a member there.

That local knowledge could prove decisive for the former Masters champion, who is the class act in this field.

The final tournament to start is the Hero World Challenge in The Bahamas, where Tony Finau can continue his hot streak.

The giant Utah man has won three of his last seven tournaments – as well as scoring three points from four matches in the Presidents Cup – and he has never been more confident in his all-round game. Albany sets up well for him and 9/1 looks a bargain.