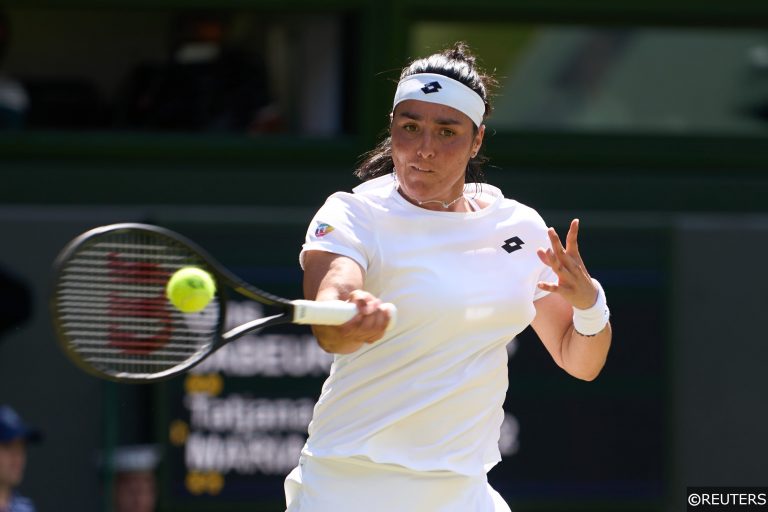 The Wimbledon women’s final is already upon us and for Elena Rybakina and Ons Jabeur this is the opportunity to make history for their respective nations.

This is a first Grand Slam final for both players and they are bidding to break new ground with Jabeur hoping to become the first Arab and African player to win a Major and Rybakina hoping to do the same for Kazakhstan.

Nerves look sure to play their part and although second seed Jabeur has an excellent grass-court game and is favourite with the benefit of her experience, world number 23 Rybakina has a big serve and dangerous forehand which shouldn’t be underestimated.

We have looked through the #OddsOnThat markets available on Betfair and Paddy Power and pinpointed three that could be worthy of interest.

Ons Jabeur to win, both players to win a set and one or more sets to go to a tie break at 9/1

This is the biggest match of both of these players’ careers and with tensions likely to be running high, unforced errors could be a common theme.

That enhances the chances of a three-set encounter and it is worth noting that both previous meetings which have been completed between this pair have been settled in a deciding set.

With Jabeur fast around the court and Rybakina so strong on serve, it is no surprise that both of those encounters featured a tiebreak and this could do so too.

Jabeur, who has lost only two of her last 23 matches on the grass, looks the most likely winner as Rybakina’s record in finals reads just two victories and six defeats.

With all that considered, the 9-1 on offer about Jabeur winning in three sets and one or more sets to go to a tiebreak must make some appeal.

Both completed matches in the personal series between these two players featured a tiebreak so this market must make plenty of appeal with a nervy start expected.

It is also worth noting that of the 13 sets Rybakina has contested at this year’s Wimbledon, six have finished either 7-5 or 7-6 and the opening set of the final may also be settled by fine margins.

Rybakina is this season’s ace leader on the WTA Tour, having served 217 aces in total, 49 of which have come at Wimbledon over the past fortnight, and that weapon makes her a formidable opponent on serve.

That means early break opportunities could be few and far between for Jabeur with Rybakina able to win plenty of cheap early points.

The Kazakhstanian world number 23 was broken only one time in her semi-final win over Halep and that came in the second set, so expect her to make a fast start. If holding her nerve, she could win her first 4 service games fairly comfortably.