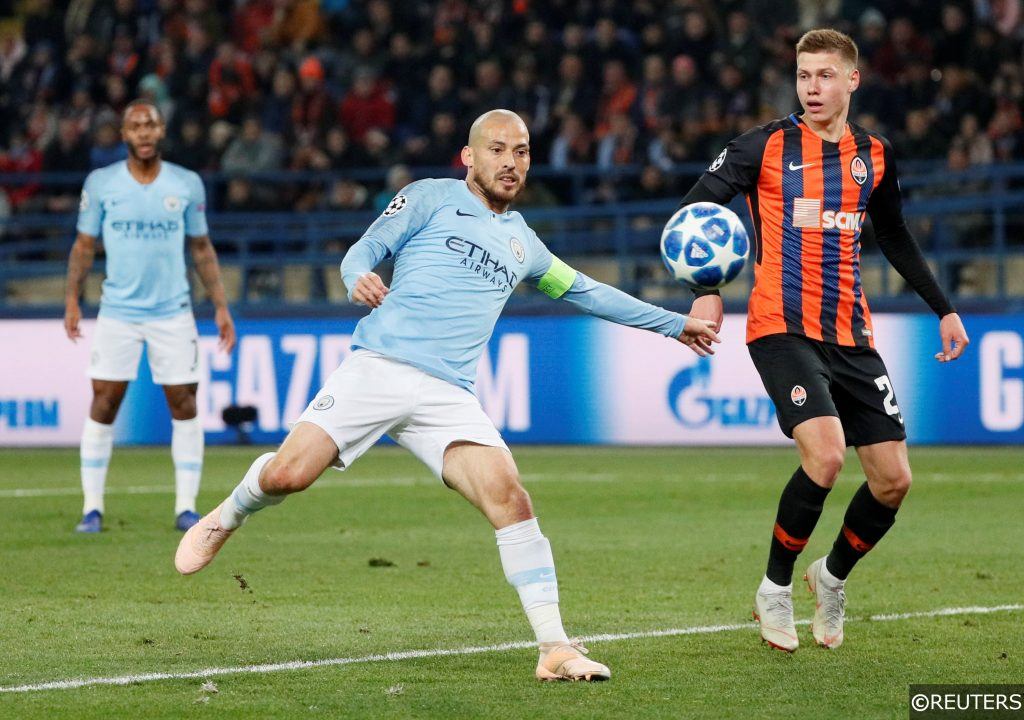 Manchester City believe that David Silva will agree to a short-term contract extension that would allow the Spanish midfield maestro to see out the remainder of the 2019/20 season.

The 34-year-old schemer was due to leave the Etihad Stadium when his current deal with the Citizens expires on June 30, and some reports suggested that Silva had already held preliminary talks with his former club Valencia about a return to his homeland.

However, football’s landscape has shifted considerably with the onset of the coronavirus pandemic, and with the Premier League programme pushed past May and into the summer months, City feared losing Silva before the campaign’s crucial run in.

FIFA have issued guidance that contracts due to end on June 30 should be extended until the season can be completed, though both the club and the player must agree before it can be ratified.

While an official agreement between City and Silva cannot be put in place until the Premier League’s plans to finish the season are made official, the noises coming from Manchester about the situations have been positive.

Silva is thought to be open to the prospect of staying with the Citizens to see out the club’s final games of the season – a decision that would give the World Cup winner one last crack at winning the only trophy missing from his collection – the Champions League.

City, who are on the cusp of being dethroned as champions by Liverpool, have 10 Premier League games remaining, plus outstanding fixtures in the FA Cup and on the continent to complete.

David Silva joined the Abu Dhabi backed City revolution in 2010, swapping his boyhood club Valencia for the Citizens in a deal worth approximately £25m.

The diminutive midfielder’s silky combination of touch and technique made him an instant fan favourite at the Etihad Stadium, and Silva finished his first year in the Premier League with four goals and seven assists, playing a key role in City’s 3rd place finish.

In his second season in England, Silva topped the Premier League assists charts with 15, and his unique creative powers helped to drive the Citizens’ quest for honours. With Silva pivotal and Roberto Mancini calling the shots, City won the league title for the first time since 1968.

That first piece of silverware was the starting point for the most glittering period of City’s history, and with Silva central, the Sky Blues lifted a further three Premier League titles, two FA Cups and five EFL/League cups during an era of unprecedented success.

Silva’s ability to carve open defences with a perfectly weighted pass also allowed him climb into the Premier League’s all-time assists charts, and the veteran playmaker current ranks 7th in that list with 90 goals created for his teammates in 301 Premier League appearances.

When City’s cash-rich owners drew up their masterplan in to transform the club from perennial also rans into one of the game’s super-clubs all the way back in 2010, winning the Champions League was among their top priorities.

However, around a billion pounds later, Europe’s premiere club competition remains unconquered, and apart from their surge to the semi finals in 2016, City’s Champions League record over the past decade is a lamentable tale of unfulfilled promise and missed opportunity.

Having been ousted from the Last 16 of the competition in each of the last two years by English opposition in the form of Liverpool and Tottenham Hotspur, City’s determination to win the Champions League would have been doubly hardened ahead of this season’s iteration.

Silva has played 68 times for City on the continent’s biggest stage, though 2019/20 could represent his last and biggest chance to win the prize before he takes his leave.

With current holders Liverpool dumped out by Atletico Madrid and an unconvincing looking remaining field of competitors to contend with, Silva and City have a huge opportunity to make that final push for European honours this term.

Before the pause button was pressed on the game in March, City had secured a 2-1 Last 16 first leg lead over Real Madrid to take into their second tie in Manchester, and without a Premier League title race to juggle, the Citizens and Silva can pour all of their energy into their pursuit of Champions League glory.

RANKED: The best Premier League goalkeepers from 20 to 1