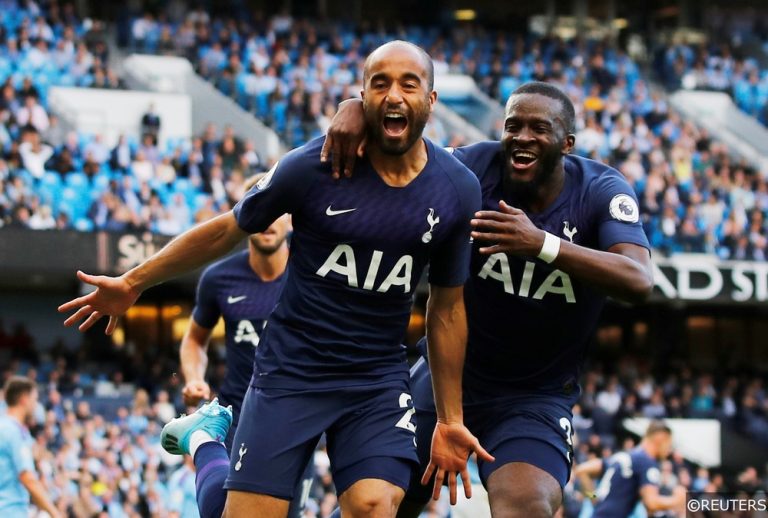 The fixture list for the first three weeks of the 2019/20 Premier League season’s restart along with live screening information has been released.

Premier League clubs were presented with details of the first three rounds of fixtures as part of Project Restart, and the list shows that the first four games will all be shown on Sky Sports, with Aston Villa and Sheffield United clashing at 6pm on June 17 before Manchester City and Arsenal play the division’s final catch up game hand at 8.15 that evening.

If Pep Guardiola’s Citizens lose to the Gunners on June 17, Liverpool will have a chance to clinch their first league title for 30 years on Sunday 21 at 7pm in the Merseyside derby against Everton.

It is still hoped that the potentially crucial game will be held at Goodison Park, rather than a neutral venue, though Merseyside police have indicated that they do have the capacity to help to stage it at there.

If City win their fixture against Arsenal however, along with their subsequent their home game against Burnley on June 22 and Liverpool beat Everton – the Reds can finally claim top spot against Crystal Palace, should they avoid a repeat of their infamous 2014 collapse.

Remember – we’ll be covering all the English top flight action when it returns on our Premier League predictions page.

The scheduling of the Premier League’s fixtures beyond the third full match round has yet to be finalized, with the FA Cup quarter-finals entering the equation and complicating the issue.

Extensive discussions about the division’s itinerary have involved all four of the league’s official broadcasters: Sky, BT Sport, the BBC and Amazon. 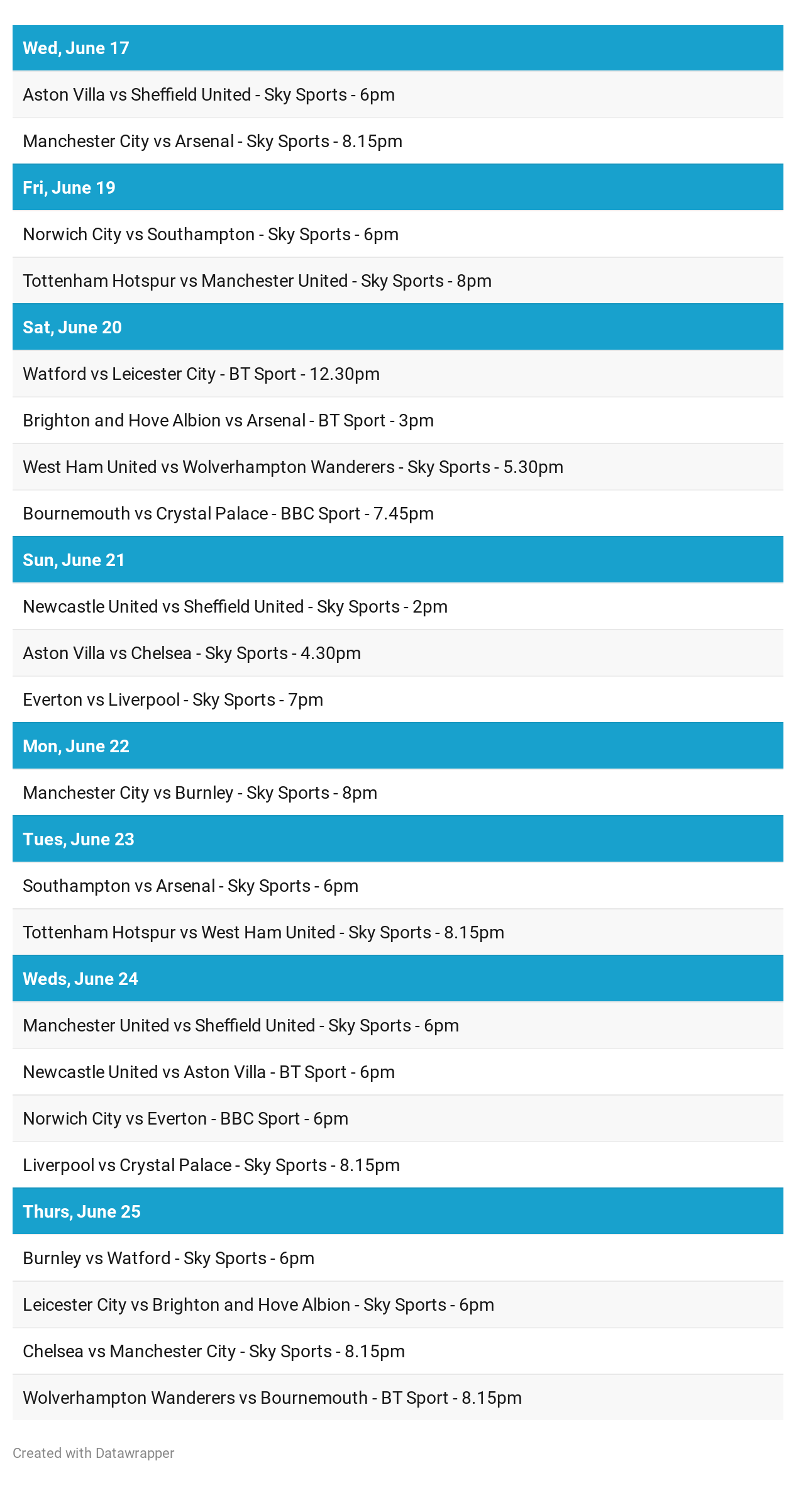 Premier League approves five substitutes for rest of the season