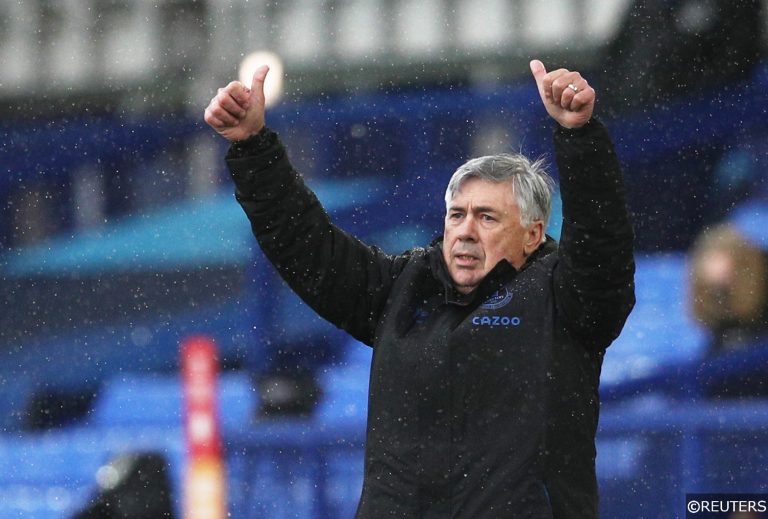 Everton boss Carlo Ancelotti believes his team can fight for a place in the top four this season after the Toffees battled their way to a 1-0 win over Southampton on Monday evening.

The Merseysiders edged out the Saints in a game of few chances at Goodison Park, with Richarlison’s third goal in as many appearances proving the difference between the sides.

Everton’s victory, which was their third on the bounce, moved them to within two points of fourth-placed West Ham, though the Toffees still have a game in hand over their fellow Champions League hopefuls.

Visit our dedicated page to view all of our latest Premier League League predictions and betting tips. 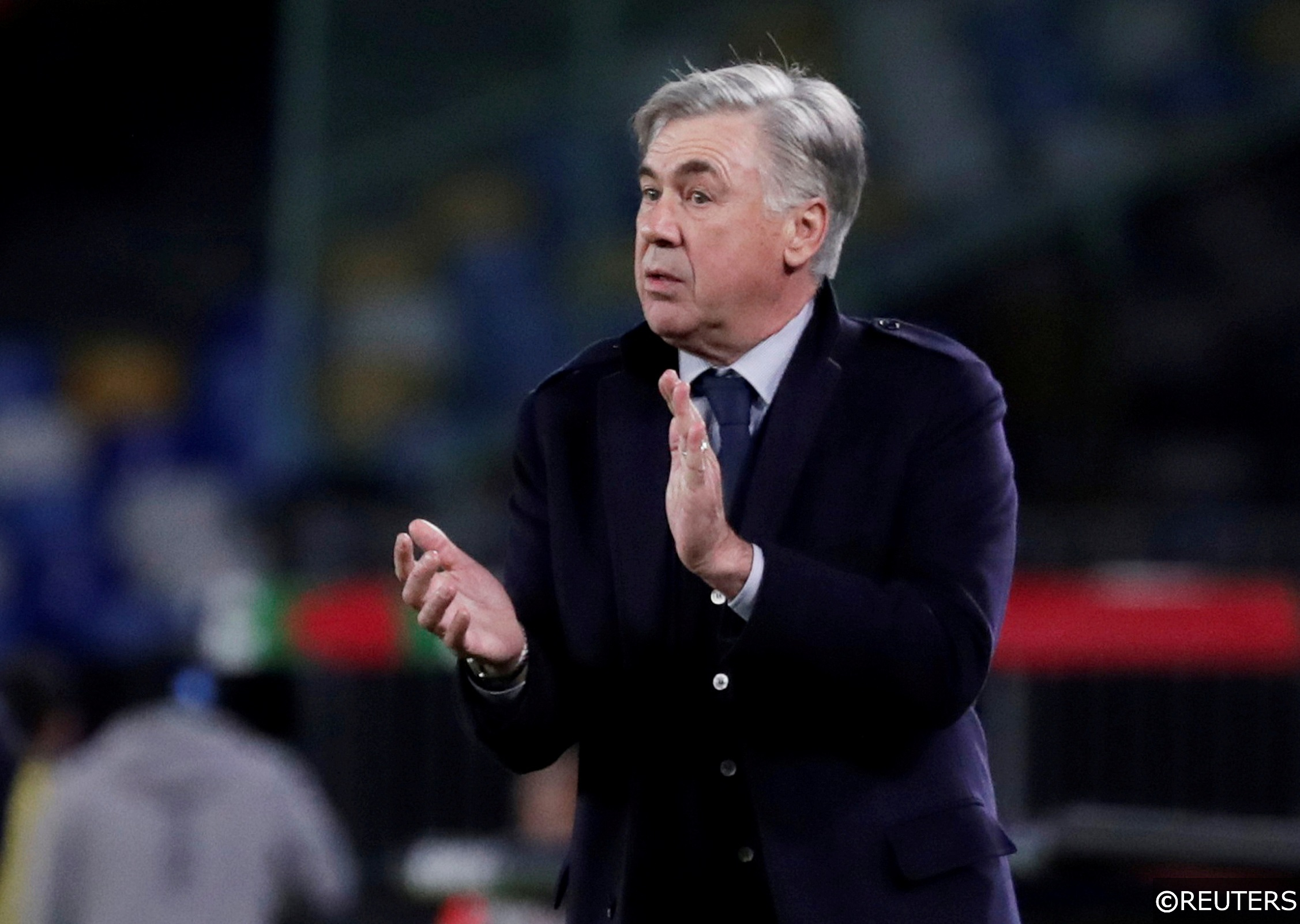 Monday’s triumph also brought Everton’s worst home run since 1958 to an end, halting a dismal five-match winless streak that had threatened to derail the team’s progress, and Ancelotti is keen to see improved performances on Merseyside.

Speaking after Monday’s game to Sky Sports, Ancelotti said: “To fight for European places we need to improve the home run, this performance and victory can help us have a better run at home.

“It will be a dream to be in the top four at the end of the season. We are quite close, but the season is long – we have to stay in our goal which is to play Europa next season.”

“We have a great opportunity to be in the top four and I think we’d like to touch the position,” Ancelotti added later in his press conference.

“We have to put all our efforts into the game on Thursday to try to be there. There is a real possibility to be in the top four in the next game, to see how we feel if we are there.

“It’s an opportunity to be there. If we win [against West Brom] we’ll be in the top four and there will be a big fight until the end of the season.

“We’re pleased that we can fight for that position but this doesn’t change our target, which is to be in Europe next season.”

Everton and the Champions League: a history of falling short

Everton’s highest ever Premier League finish was in the 2004/05 campaign under David Moyes when the Toffees finished in fourth spot having amassed a relatively meagre 61 points.

However, Everton failed to make it to the Champions League’s group stage the following season after they were beaten over two legs by a strong Villarreal outfit that boasted superstar performers like Juan Riquelme, Marcos Senna and Diego Forlan.

The Blues have collected more points in five separate seasons then, though they have never been able to finish above fifth since Moyes’ masterminded their success over 15 years ago.

In the last six seasons, a minimum of 66 points has been required to secure a top four berth however – a total achieved or bettered by Everton just once in the Premier League’s entire history when they finished fifth with 72 points in 2013/14 under Roberto Martinez. 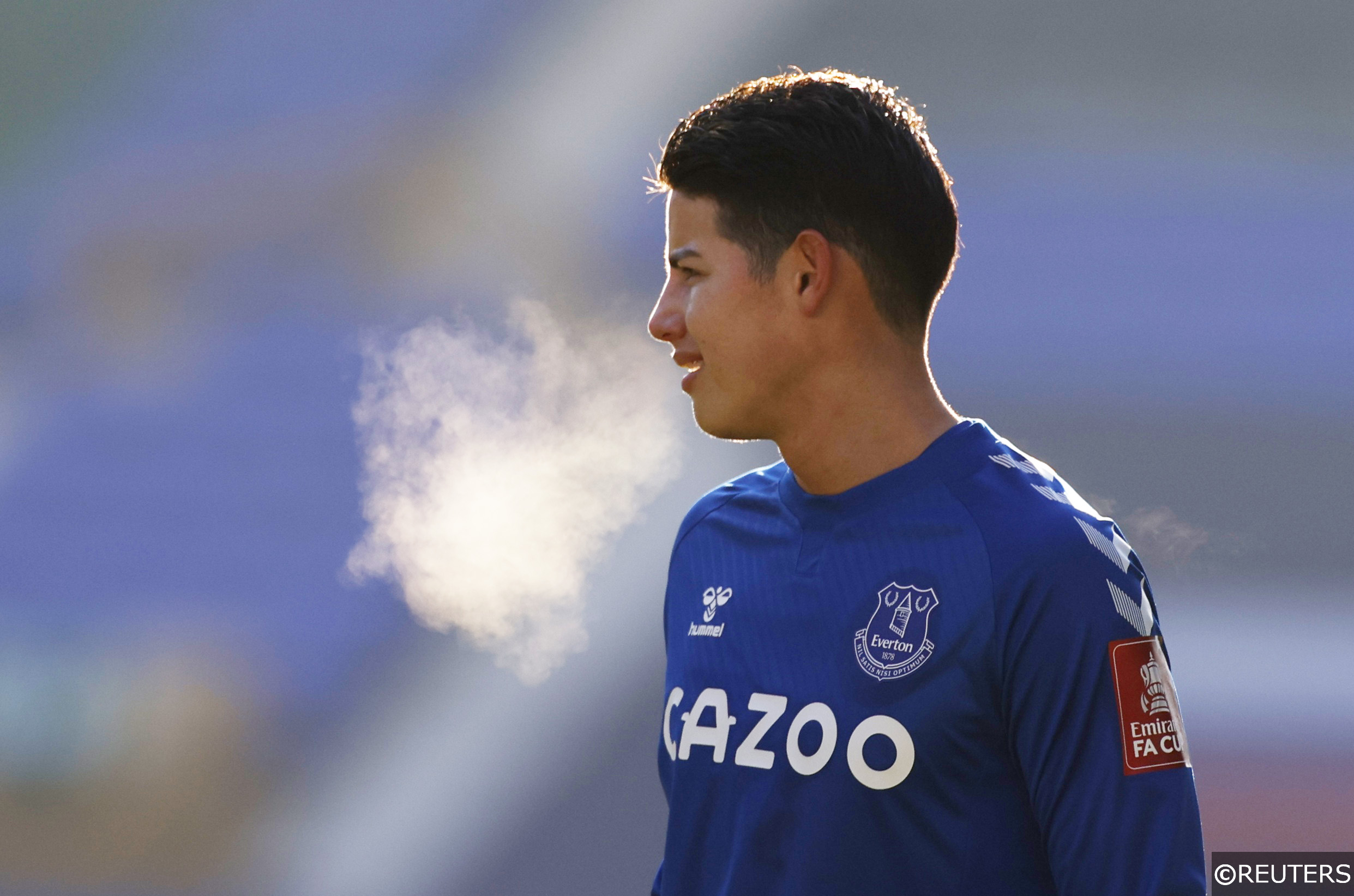 Few teams have shown genuine consistency this term however, and with potentially fewer points required to make the cut, the Premier League’s established order have been joined by a clutch of impressive outsiders in the race for a top four place.

With just six points separating West Ham in fourth from Aston Villa in ninth spot, half a dozen teams have a genuine shot at pushing through the division’s class ceiling in 2020/21, and Everton are undoubtedly among them.

The Toffees encounters with fellow contenders Chelsea, Tottenham Hotspur and Aston Villa between now and the end of the season should prove crucial, while a final day date with a Manchester City team will almost certainly have the title wrapped up with games to spare could prove a make-or-break fixture for Everton.

The Blues showed their aptitude for performing on the biggest stage in their recent derby win at Liverpool however, and with key attacking duo Richarlison and Calvert-Lewin among the division’s most potent forwards, the Toffees look a generous price at 7/1 to earn Champions League qualification.

Find all of our latest top flight betting tips and match previews over on our Premier League predictions page.