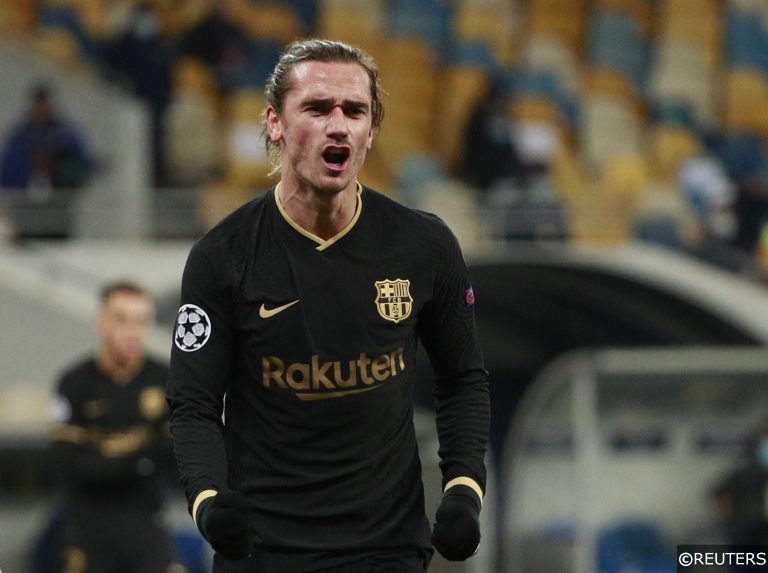 With action to look forward to across a number of Europe’s most exciting leagues, we’ve combed through the schedule to pluck out the most compelling contests coming to your screens this week.

Don’t forget, you can see in-depth analysis of these games and more in our latest football predictions and you can find the rest of our football accumulators here.

Manchester City have disappeared over the horizon in the Premier League title race, and their incredible 14 game winning streak in the division was accompanied by ten clean sheets. Wolves have looked low on cutting edge this term without injured star striker Raul Jimenez, and they could struggle to lay a glove on the league’s meanest defence at the Etihad Stadium.

All eyes will be on Camp Nou to see if Barcelona can overturn a 2-0 semi-final first-leg deficit against cup specialists Sevilla in the Copa del Rey. The hosts are expected to chase goals from the first whistle on Wednesday and that in turn could lead to a real entertaining slugfest in Catalonia.

Betting tip: Both teams to score at 7/10

Both Liverpool and Chelsea have fallen well below expectations this season, and instead of meeting as title challengers on Thursday, the sides will arrive at Anfield needing points to power their pursuit of a top-four finish. Can Thomas Tuchel get the better of his compatriot Jurgen Klopp on Merseyside?

The Bundesliga’s bottom two face off in Gelsenkirchen as Schalke host Mainz, and with the host’s chances of survival all but extinguished, the visitor’s need for victory is much greater. Mainz took seven points from the last 12 on offer and Die Nullfünfer could drag themselves out of the bottom three with another win on Friday.

Saturday – Juventus vs Lazio (Serie A)

Juventus and Lazio have been hitting plenty of bumps in the road of late, though both teams will fancy their chances of claiming three points at the other’s expense in Turn. Encounters between the sides have produced plenty of action in recent seasons and another captivating contest is in store on Saturday evening.

Betting tip: Both teams to score at 4/6

City feature for the second time in our list of unmissable TV games, and we just couldn’t leave out Sunday’s Manchester Derby at the Etihad. United are the division’s only unbeaten team on the road this season, though that proud record could tumble against their dominant city rivals.

US sports tips and predictions