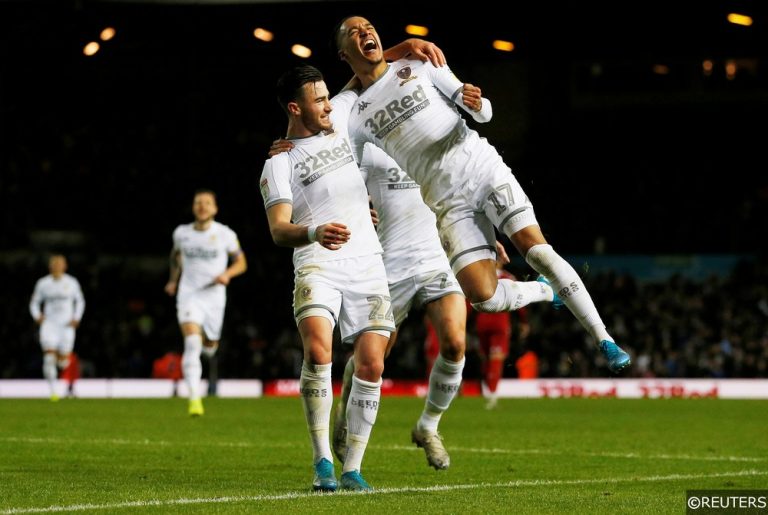 With European heavyweights chasing silverware and David Luiz chasing shadows, football feels truly back. However, the restart goes up a gear on Saturday when the most competitive league of them all springs into action.

The Championship is back this weekend and the stakes are higher than ever. As always at this level there is drama at the top and bottom, which should provide a pulsating run-in even without fans present.

Ahead of the big kick-off, our Championship refresher brings you the biggest talking points for the run-in. We’re breaking down the fight for promotion, playoff slots and survival as the restart draws near.

As always we have analysis of every game on our Championship predictions page. 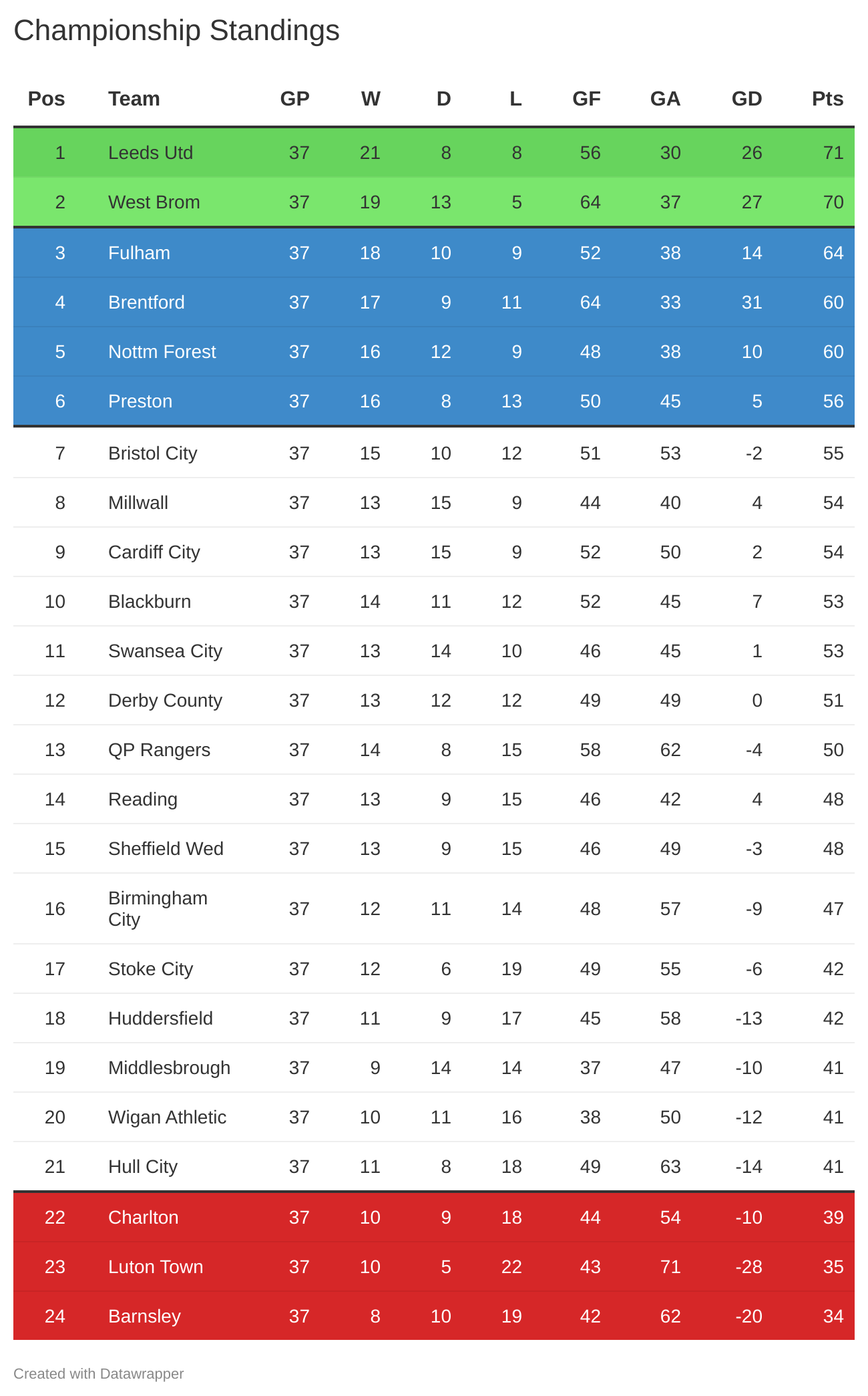 Leeds and West Brom are leading the chase for the Premier League, with the pair only a point apart. They are heavy favourites to return to the top flight, with much of the build-up to the restart suggesting that it’s when, not if, Leeds get promoted this term.

Marcelo Bielsa has apparently whipped his team into better shape than they were in back in March. For a side with an intense, pressing game that could be key. A couple of months ago we all expected Leeds to hit a wall and suffer a blip as they did towards the end of last season. It might be that this break plays into their hands with a nine-game mini-season ahead.

Fulham sit six-points behind West Brom and they will be aiming to prove that the season isn’t over at the top. The Cottagers will take plenty of encouragement from recent slips by both the top two. With Scott Parker’s team still to visit both Elland Road and the Hawthorns, this isn’t over yet.

Brentford and Nottingham Forest sit just behind Fulham, but with a 10-point gap between the pair and second place they’re not automatic contenders. Both sides are only five clear of Bristol City in seventh, so securing their playoff spot is going to be key.

The fight for the playoffs arguably stretches as low as 13th placed QPR, who are just six points shy of sixth. It shows the competitiveness of the Championship when over half of the division still has a chance of promotion.

Preston are currently the side in the driving seat, but sides do usually surge from midtable to challenge for sixth. Beaten Championship playoff finalists Derby could be that side, as Wayne Rooney’s arrival has moved them within five points of sixth. Meanwhile, Cardiff could yet make an immediate Premier League return despite an awful start.

The bottom two look to be in huge trouble, with both heading for an immediate return to League One. Barnsley are seven shy of safety and could suffer without home support.

As for Luton, they are hoping that a managerial switch can save them. They reappointed Nathan Jones, who replaced Graeme Jones who took up the job after Nathan Jones left last season. Over in Manchester, a certain Phil is readying his CV in case it all goes wrong at Kenilworth Road.

Above them things are much tighter. Charlton are third-bottom, but they were out of the bottom three for the first 36 matches of the season. They slipped into danger the weekend before the league went on hold. Three months later they can fight their way out, with five sides within three points of them.

The highest-profile sides at the bottom include Huddersfield – who are in danger of consecutive relegations – and a Stoke outfit who were tipped for the playoffs this term. Meanwhile, Hull opposed the restart after failing to win their last 11 games, they’re in the worst form of any Championship side and just a place ahead of the bottom three. 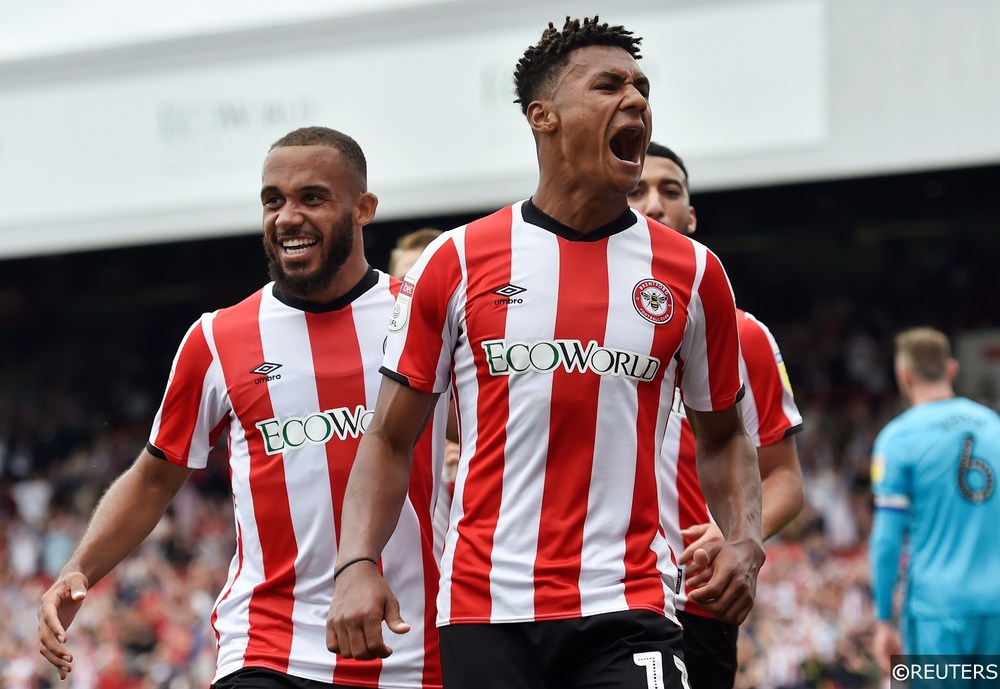 The golden boot chase is an all-West London affair as Fulham’s Aleksandar Mitrovic battles Brentford’s Ollie Watkins. The pair have scored 23 and 22 goals respectively, with their battle set to go to the wire.

With their sides third and fourth in the table, they could easily be lining-up at Wembley in July to decide it. Before that, the London rivals meet in the pick of this weekend’s Championship fixtures.