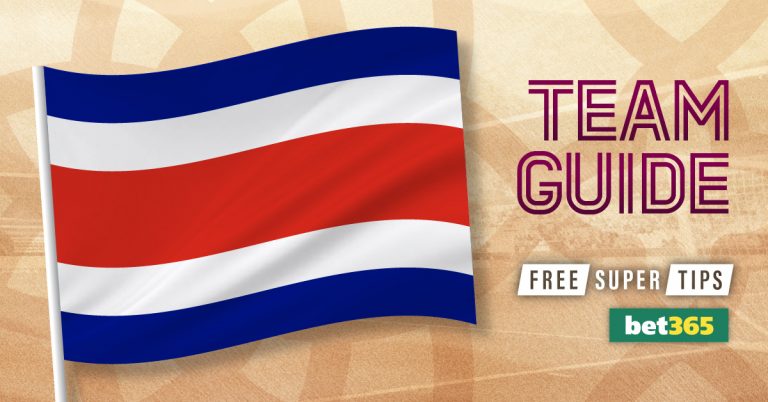 Costa Rica are set to participate in their third successive World Cup in Qatar but the Central American side are huge outsiders after being drawn in a difficult Group E.

Luis Fernando Suarez’s side made it all the way to the quarter-finals in 2014, largely thanks to the heroics of Keylor Navas but a Group Stage exit is expected in 2022.

Costa Rica: The story so far

The first half of Costa Rica’s final qualification campaign set them up for a nervy and tense route to Qatar but their recent results breathed life into the underdogs.

They managed just one win from their opening seven qualifiers, losing to Mexico, United States and Canada and scoring just four goals across these seven fixtures.

19 points from a possible 21 in the second half of qualifying earned them fourth position in a tight CONCACAF final round, setting up an intercontinental play-off against New Zealand.

An early goal from former Arsenal attacker Joel Campbell was enough to settle the tie and send Costa Rica to their sixth World Cup.

Group E could be considered Qatar 2022’s group of death with heavyweights Spain and Germany overwhelming favourites to progress, leaving Costa Rica as 50/1 outsiders to win the group and 8/1 shots to qualify for the knockout stages.

Japan are no pushovers either, leaving Costa Rica fans expecting their side to finish bottom of Group E.

While it will be a tall order, it’s worth remember they topped their 2014 group ahead of England, Italy and Uruguay.

Costa Rica’s first entry into the World Cup came in 1990 and, while they did miss out on the next two, they have become regulars this millennium.

Including Qatar 2022, Costa Rica have qualified for five of the last six tournaments but only once made it out of the groups, with a stunning showing in 2014 seeing them top their group ahead of England, Italy and Uruguay before eliminating Greece to send them to the quarter-finals, where they were knocked out on penalties by the Netherlands.

2018 was less successful as they lost their opening two games without scoring before claiming their only point of the tournament against Switzerland.

A relatively unknown quantity, Luis Fernando Suarez was appointed as Costa Rica manager in June 2021 and oversaw their dismal start to their qualifying campaign before turning it around in the second half.

Former defender for Atletico Nacional and Deportivo Pereira, the 62-year-old Colombian has previously managed Ecuador and Honduras on the international stage along with a host of clubs in his native Colombia, alongside spells at clubs in Peru and Mexico.

He took Ecuador to the round of 16 in the 2006 World Cup and now faces another uphill battle to get out of the groups.

Keylor Navas may be struggling for game time at Paris Saint Germain but the 35-year-old goalkeeper is still the star of the show for his national team after his 2014 heroics.

He is one of four players with over 100 caps expected to be included in the squad, with 37-year-old Bryan Ruiz, 34-year-old Celso Borges and Joel Campbell also contributing to a vastly experienced squad.

Jewison Bennette, an 18-year-old plying his trade for Sunderland, looks to be Costa Rica’s next big thing and has racked up seven appearances already, scoring a brace in a September friendly against South Korea.

Suarez has been known to switch up his tactics frequently but a 4-2-3-1 setup looks the favoured option, with 22-year-old Anthony Contreras leading the line and Joel Campbell and Bennette providing star quality from the flanks.

Costa Rica to finish bottom of Group E at 1/2

Many of Costa Rica’s stars will be playing in their final World Cup and while they can look back on some incredibly fond memories there is no denying they are on a downward trajectory.

They picked up just one point in Russia four years ago and an identical haul would probably be classed as a success. Defeats to Spain and Germany are expected, leaving them to battle it out with Japan for third place.

Japan have plenty of star quality among their squad and look favoured to outperform Los Ticos.