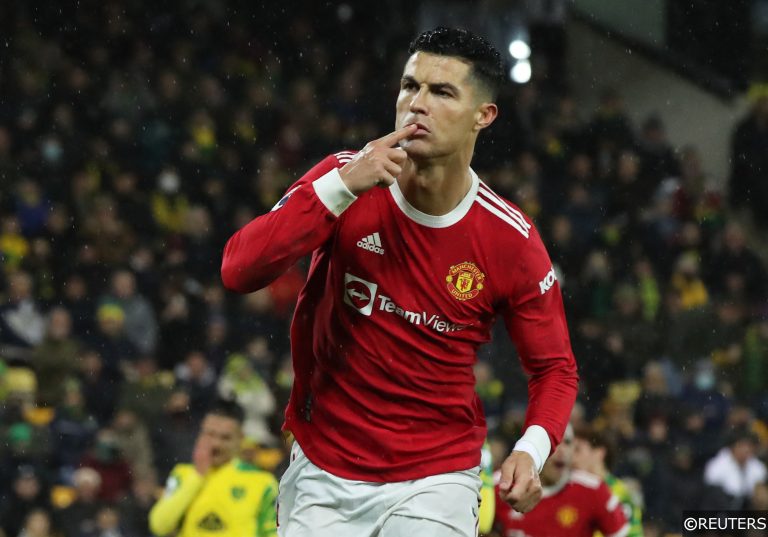 Crazy Odds is where we take a look at the best longshot options for the week’s biggest games. The Champions League returned with a bang last week, so we’re turning our focus to the second batch of last 16 games on Tuesday and Wednesday.

We’ve picked out four outside bets which offer a lot of value. Together they combine for a fourfold which clocks in at over 500,000/1! You can see each of the four selections and that massive accumulator below.

It’s fair to say Chelsea haven’t been fluid going forward of late, with the Blues labouring to a last-gasp win over Crystal Palace at the weekend. That was an improvement over recent meetings with Plymouth and Palmeiras, where the Blues needed 120 minutes to claim a win.

Lille are probably the best opposition for Chelsea in the last 16, but the underdogs will head into this one knowing that if they knuckle down they can frustrate the European champions.

However, Lille shipped two penalties in the group stage and they’ve conceded another three in Ligue 1 this term. That marks out Jorginho – scorer of two group stage penalties – as a great first goalscorer option. When you combine that with the Blues struggles in front of goal, you get a great 25/1 bet on what has been priced up as a one-sided affair.

This looks like a quite even tie, despite Juventus being widely backed for a quarter-final spot. Their recent track record in this competition means I have my doubts, but they arguably have their best chance to gain a foothold in the tie on the road.

Villarreal were impressive across all three away group games, winning two and nearly shocking United in the other. Things were more troubled at home, but they still took four points from their three games.

Juventus were able to open the scoring in five of their six group games and they should be able to edge ahead at Villarreal, as both Atalanta and Man United did earlier in the competition. However, the Yellow Submarine are draw specialists in La Liga and I can see them fighting back. As a result, back Juve to lead at half-time, with a draw at full-time.

Cristiano Ronaldo to score a hat-trick – 40/1

A 4-2 win over Leeds at the weekend has United on a high coming into this first-leg. However, it might need another high-scoring display for them to come away with a lead in Madrid. That’s where Ronaldo can step in.

In a mixed season, the Portuguese still has six Champions League goals to his name. Facing Atletico Madrid makes him a prime candidate to score, given his 25 goals against him in his career. Four of his 48 club career hat-tricks have come against the Spanish side, two of which have come in the Champions League. At 40/1, he’s great value for another.

Haller has gone from West Ham reject to Europe’s leading marksman with his 10 goals in six group games for Ajax. He helped the Dutch side to a 100% record in the group stage, making them heavy favourites for this clash.

Ajax scored four or more on three occasions in the last round, including home and away meetings with Sporting. Last week showed the gulf between the Portuguese sides and Europe’s best, while Ajax’s record this term puts them in that bracket.

The hosts have at least scored in 16 of their last 17 games, but this looks like it’ll be a very one-sided tie, with Benfica shipping nine goals to Bayern in the last round. As a result, Haller to continue his form in a thumping Ajax win is worth a look at 35/1.

Back all four selections here at a massive price!