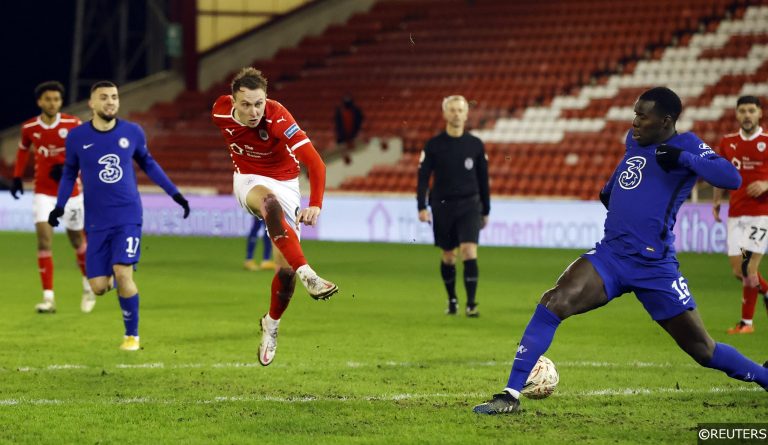 It’s been a relentless season across the EFL, with the 46 rounds packed into a shortened campaign. With only a couple of rounds left there’s still plenty to play for across the three divisions and we’re set for an exciting finish.

There’s also the small matter of the playoffs to round off the campaign and with so much to look forward to we’ve picked out our best bets from each division. We’ve picked our playoff winners from all three tiers, which you can back in a 62/1 playoff treble tip.

Norwich and Watford have both bounced back at the first time of asking, they’re guaranteed promotion to the Premier League. Bournemouth, Brentford, Swansea and Swansea will meet in the playoffs. At the bottom, Wycombe and Sheffield Wednesday are hoping for a miracle finale to stay up.

Rotherham to be relegated at 1/4 with Betfair

At the start of the season we backed Rotherham for the drop, with the Millers suffering relegation from the Championship twice in the last four seasons. Their advantage was their games in hand, but they’ve now played only one game fewer than 21st placed Derby, who sit four points ahead.

It’s been an incredible transformation from Barnsley, who are assured of a playoff spot after surviving on the final day last season. Since the start of February, the Tykes have the joint-best record in the division (13 wins from 17, earning 41 points). They’ve hit form at the perfect time, so we think Barnsley are brilliant value to go up at 4/1.

Hull City are promoted and Peterborough look set to follow them into the Championship. Bristol Rovers and Swindon are both playing League Two football next term, while Northampton and Rochdale have a lot of work to do, sitting four points off safety with two to play.

Oxford have put together some fine form to make a late push for the playoffs. They’re just a point off sixth, with winnable games against Shrewsbury and Burton to finish. Oxford have won four of their last five games and we see them taking another six to make the playoffs.

If Oxford can sneak into sixth, they’re likely to face Lincoln in the semi-finals. The Imps have hit a good run of form to move into third, with a poor run between February and April blowing their hopes of automatic promotion. Michael Appleton’s side have a good balance in defence and with the teams around them faltering Lincoln look good value to go up.

Cheltenham have secured promotion and the leaders are hoping to wrap up the title. However, the final two promotion spots and the playoffs remain wide open. Grimsby have already been relegated to the National League, while Southend look doomed to join them.

There’s only two points between Cheltenham and Cambridge ahead of the final two games, but it’s the second-placed side who have the easier fixtures remaining. They visit midtable Harrogate before hosting bottom side Grimsby. Meanwhile, Cheltenham’s visit to sixth-placed Newport could see a change at the top, making the second-placed side the value pick.

Tranmere to win promotion at 9/4 with bet365

The top seven hasn’t been settled, but of the sides in the mix we’re backing Tranmere to win promotion. They’ve been just as good as the top sides since the turn of the year. In 2021 only four teams have won 40 points or more in League Two, the current top three and Tranmere. Only Bolton have claimed more points than Rovers since Keith Hill arrived in November and the former Rochdale boss has twice won promotion from the fourth tier.