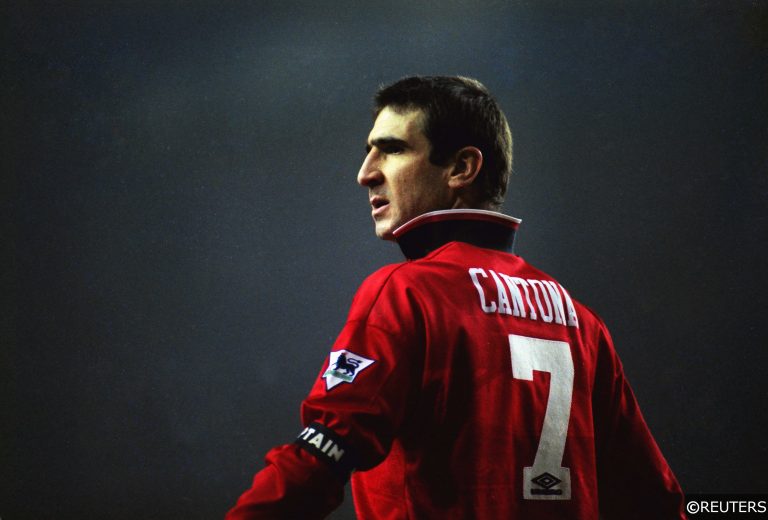 The Hall of Fame – marketed as “a place for celebration, admiration and nostalgia” – will see another iconic name enter the home of the greats next month, when the former player with the most votes takes their place alongside Shearer and Henry in early May.

To mark the launch of the Premier League Hall of Fame, we’ve put together a Best XI from the 23-man list of nominees plus the inaugural inductees below. Remember to tweet us with your own XI with us if you disagree with our selection. (@footysupertips) 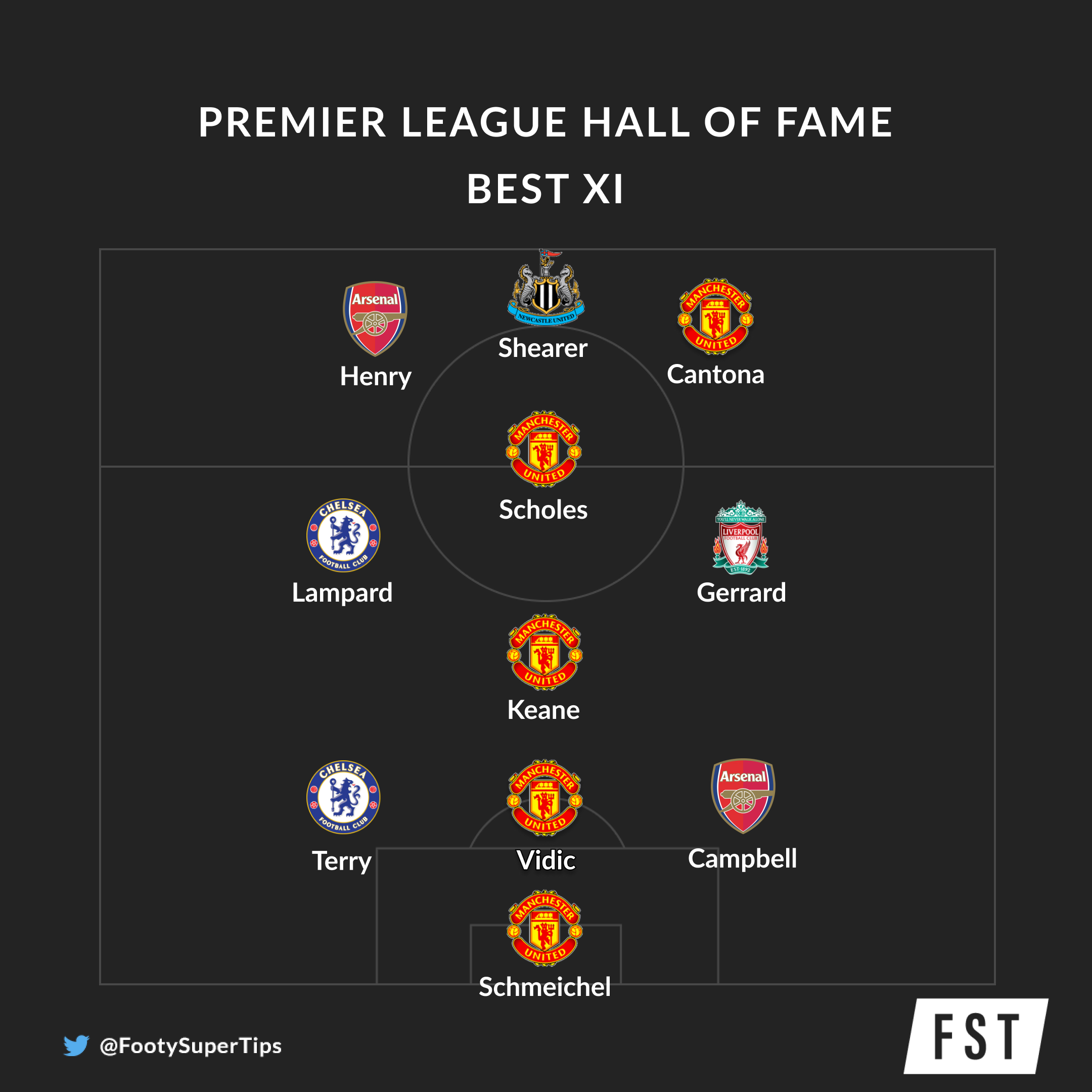 With spectacular saves, including his signature “star fish” jump, incredible distribution and commanding presence, Schmeichel was a dominant force for Man Utd during their trophy-laden spell in the 90s.

John Terry combined exceptional positioning with incredible bravery during his time with Chelsea, and the centre-half captained the Blues to five Premier League titles – the most by any player as skipper in the competition’s history.

Twice named Player of the Season in 2008/09 and 2010/11, Nemanja Vidic recovered from a slow start to become a Manchester United legend. The Serbian hardman put his body on the line every week for United and kept a remarkable 95 clean sheets in 211 Premier League appearances.

Sol Campbell spent nine seasons with Tottenham before crossing North London to join rivals Arsenal in controversial circumstances, though his decision to cross the dividing line was vindicated. Campbell was part of the Gunners’ 2003/04 Invincibles team and is one of only three centre halves to make more than 500 Premier League appearances.

Roy Keane was Manchester United’s heartbeat for over a decade and the ferocious competitor demanded the best of himself and his teammates as club captain. Keane’s superb passing was quite often underrated and the Irish midfielder was part of seven Premier League winning teams.

Although he never got his hands on the Premier League title, Steven Gerrard remains one of the competition’s biggest icons, and his long-range screamers and nose for the big occasion made him one of Liverpool’s most influential ever players.

Frank Lampard played in a staggering 21 seasons in the Premier League and was a champion on three occasions. The prolific midfielder hit double figures for ten consecutive seasons with Chelsea and left the club as their all-time top scorer.

Considered one of the finest midfielders of his generation, Paul Scholes won an eye-watering 11 Premier League titles with Manchester United, and his unrivalled skill in possession and knack for rifling in long-range crackers made him one of the most easy-on-the-eye performers the league has ever seen.

With his collar turned up and chest puffed out, enigmatic Frenchman Eric Cantona was the colourful catalyst for an era of Manchester United dominance in the Premier League, and the forward’s flair helped the club end a 26-year wait for an English championship in 1993.

With four Golden Boots and two Premier League titles, Thierry Henry was a tour de force in his pomp and Arsenal’s all-time leading scorer was immortalised in statue form outside the Emirates Stadium by the Gunners in 2011 . Henry’s searing pace and eye for the outrageous made him one of the league’s most devastating ever players.

Alan Shearer’s unwavering loyalty to his beloved Newcastle United meant that he finished his career with far less silverware than he deserved, though the man with the one-arm saluting celebration remains the Premier League’s all-time leading scorer. Shearer could hurt opponents from any distance and through any method, and his explosive finishing would have made him a hit in any era.