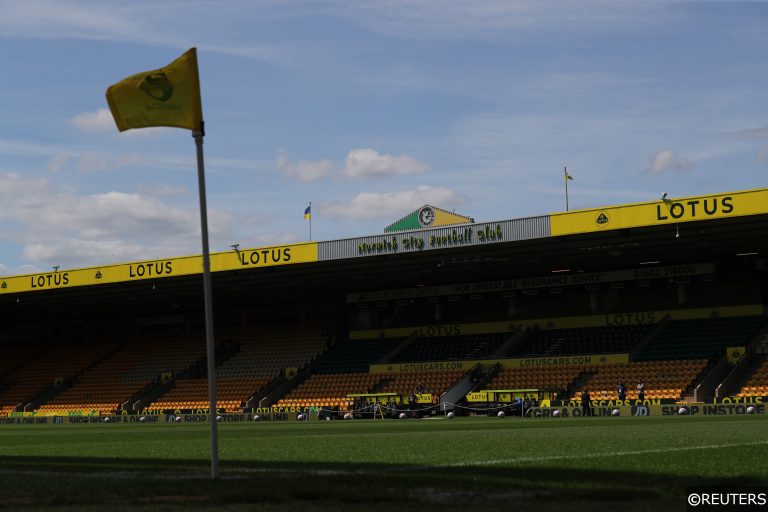 The new Football League season starts at the end of the month and with just over a week to go until the action begins we’ve been looking over the various outright markets.

We have plenty of options in the Championship and have League One and League Two covered as well.

Our experts have picked their winners for each of the three divisions and as a treble they combine for a huge 974/1 bet, which you can back below.

Norwich’s ambitions have to be automatic promotion, given they’ve assembled a squad which is incredibly strong in the second-tier. The Canaries may not quite cut it at the highest level, but they proved in 20/21 that they’re too strong for the Championship.

Most of that squad remains and they have last season’s TV riches and their parachute payment to fund extra signings ahead of the new season too, despite limited moves.

Given how Norwich stormed to the title last time out and considering how Fulham followed suit last season, the Canaries look good for top spot this term. They have the depth, promotion experience and room for further additions. Having won the title in their last two seasons at this level, Norwich are worthy favourites.

Only two sides picked up more points than Bolton in the final 20 rounds (W12, D5, L3) of last season, a run which saw the Wanderers rise from the lowly depths of 18th to an eventual ninth placed finish.

Manager Ian Evatt has done a good job of keeping his squad together over the summer while bringing in a couple of smart signings in Jack Iredale and James Trafford who will help shore up the defensive flanks ahead of the new campaign.

Mansfield finished seventh in the standings last season but they were still only eight points behind champions Forest Green, and they then went on to lose to Port Vale in the play-off final.

The Stags have largely managed to keep their squad intact and the captures of midfielder Hiram Boateng and veteran keeper Scott Flinders from MK Dons and Cheltenham respectively look shrewd editions.

Mansfield made their Field Mill home a fortress last season as they won 15 of their 23 games, losing just four. They have an experienced manager in place in Nigel Clough and the quality to mount a sustained title challenge in the coming campaign