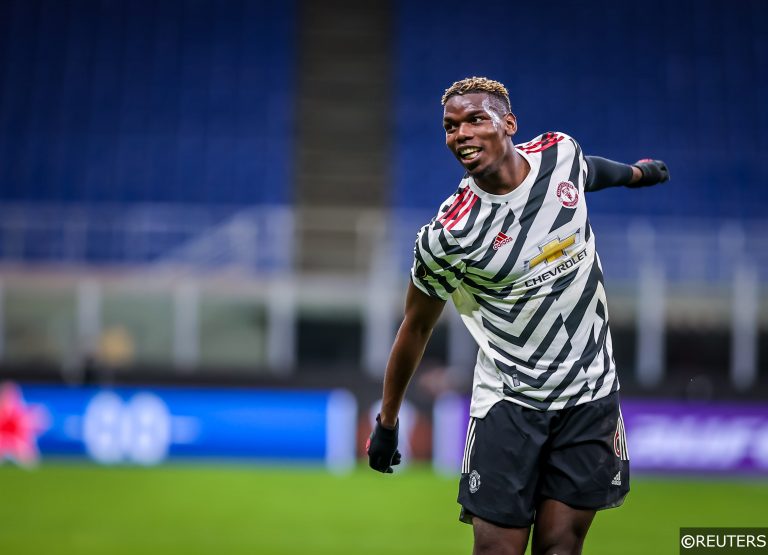 We’ve reached the penultimate round of the 2020/21 Europa League and on Thursday evening, four clubs will meet to contest two mouth-watering semi-final first legs in England and Spain.

In Manchester, Ole Gunnar Solskjaer’s United lock horns with Serie A side Roma at Old Trafford, while Premier League strugglers Arsenal will try to sink the Yellow Submarine in sunnier climes at El Madrigal when they play Villarreal.

With both matches screened live on BT Sport, plenty of punters will be looking to build their very own bets for the semi-finals – and below, we’ve compiled some tips with that in mind.

Roma did brilliantly to eliminate a fancied Ajax team in the quarter-finals though it’s worth noting that they notched just seven attempts in each leg, and enjoyed only 28% and 34% of the ball in their home and away skirmishes with the Dutch giants.

The Giallorossi’s first-leg victory at Ajax was also one of only two wins in their last eight matches and Roma shipped six goals combined in their last two away assignments at Torino and Cagliari.

United meanwhile, have won seven and drawn three of their last ten home games and backing Manchester Utd to establish a first-leg lead is advised as a result.

Villarreal are also worth backing to build a first-leg advantage against Arsenal on Thursday. Managed by Europa League specialist and ex-Arsenal boss Unai Emery, the La Liga outfit have won 11 of their 12 matches on the continent this term, and they can get the better of a Gunners team that continues to blow hot and cold.

Roma’s defending on the road has been subpar of late and the Italians have conceded at least two goals in four of their last six away tests.

The combination of lax defending and incisive forward play should produce more entertainment at Old Trafford, so back over 2.5 goals to be scored.

At El Madrigal, we expect the same bet to land. Over 2.5 goals have been scored in each of Villarreal’s last five games, while a minimum of three goals have hit the net in nine of Arsenal’s 12 Europa League fixture this term.

The Gunners will be keen to pocket an away goal to take back to the Emirates, so expect to see both teams start with attacking intent on Thursday.

Ole Gunnar Solskjaer chose to keep Edinson Cavani in reserve in United’s drab 0-0 at Leeds on Sunday and the clinical centre-forward should be fresh and ready to lead the line again on Thursday.

The Uruguayan poacher used to regularly punish Roma during his spell in Italy with Napoli, in fact, Cavani scored more often against them than any other team in Serie A. With that record driving him on, the 34-year-old – who has notched three goals in his last four appearances – is a standout candidate in the anytime goalscorer market.

Further south in Spain, Arsenal have fitness concerns over strike pair Pierre-Emerick Aubameyang and Alexandre Lacazette, and that in turn makes glancing at Villarreal’s goal-scoring prospects a safer avenue of approach.

Gerard Moreno has already hit 20 goals for the season for his club and six of those efforts were hit in his last five Europa League appearances. The 29-year-old Spanish international is an accomplished finisher and Moreno can showcase his skills against Arsenal.

Battle-hardened campaigner Edin Dzeko will spearhead the Roma attack in Manchester this week, and the 35-year-old is averaging 1.6 attempts and 1.0 shots on target per Europa League runout this season.

The Bosnia-Herzegovina international has also bagged more goals against United than any other English team in his career, and Dzeko is worth backing to muster at least 1+ shot on target on Thursday as a result.

Paul Pogba – who was rested at Leeds on Sunday – is also worth considering in the same markets at evens. The 28-year-old has racked up 1.7 shots per Europa League appearance this term, and the Frenchman won’t be shy about letting fly from range against Roma.

A little down the list of favourites in Spain, Villarreal’s Samuel Chukwueze looks an intriguing prospect in the same market. The 21-year-old winger is averaging 2.0 attempts and 0.7 attempts on target per 90 minutes in the UEL, and fresh from three goals in his last three games, the Nigerian should have the confidence to be direct.