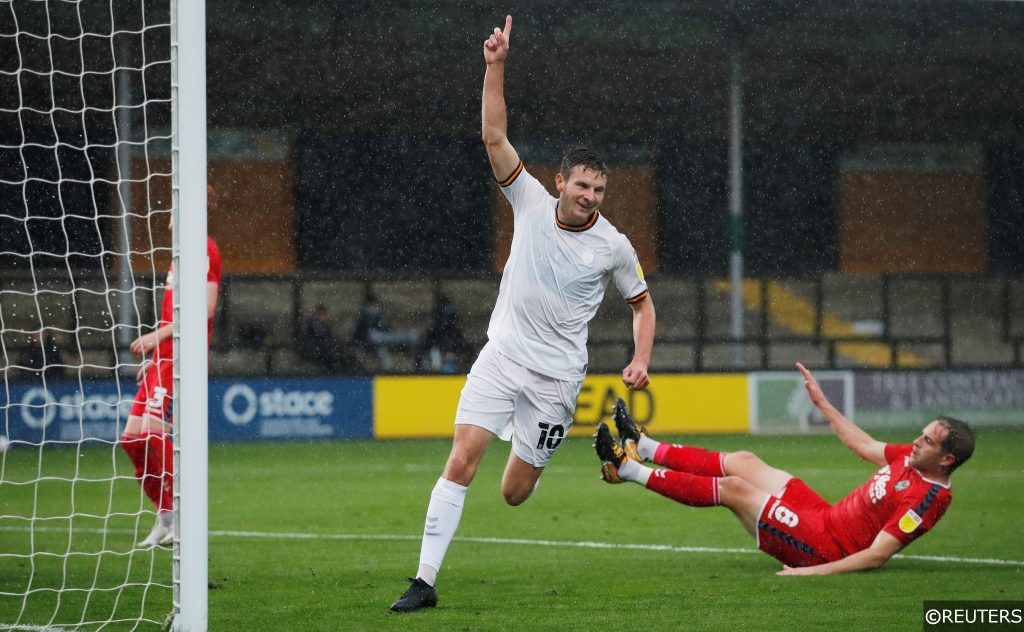 League One and League Two take a break this weekend as our lower-league attentions shifts instead to the start of the FA Cup proper, with a veritable feast of 1st Round action across Friday, Saturday, Sunday and Monday.

It all starts at 19:45 on Friday night as Harrogate take on Skelmersdale United on BT Sport 1, which is followed by a mammoth 27 game schedule on Saturday and a further ten fixtures on Sunday. The FA Cup action draws to a close on Monday evening as Oxford City take on Northampton, again broadcast live on BT Sport 1.

We’ve combed through all of Saturday’s fixtures to bring you the very best value bets for the FA Cup action which come to a very tasty 25/1 if added to an accumulator.

Let’s take a look, and don’t forget to follow all our latest betting advice and analysis on our football predictions page.

FA Cup weekends are made for upsets, and the first of the afternoon could come at Sincil Bank as two sides chasing promotion go head-to-head.

Lincoln City are flying high in League One and face a Forest Green Rovers side that are chasing promotion from the fourth tier. The visitors have won six of their last eight games and Lincoln City come into the match after back-to-back defeats.

The Imps are also hampered by injury concerns, with both of their first choice centre backs will be sidelined as Joe Walsh struggles with a knee injury and Lewis Montsma nurses a groin problem. Forest Green are good value to get something here, and we think they could even take the win.

Charlton and Plymouth both come into this match on the back of a good run of form in League One, but it’s the visitors who could walk away with the spoils on Saturday.

Addicks boss Lee Bowyer has suggested that personnel changes could be on the cards for this cup tie, and with the two sides evenly matched already an outing for Charlton’s fringe players could end in defeat at the Valley.

Plymouth have won four of their last six matches and lost just once, and given the likely team changes they offer value in both the double chance and the win markets.

Shrewsbury may have enjoyed a fairytale FA Cup campaign last year, but they could fall at this early hurdle at Cambridge on Saturday.

The Shrews sit 22nd in League One and face a Cambridge United outfit who are chasing promotion from League Two, and it’s the hosts who head into the clash high on confidence.

Cambridge United have won six of their last eight in all competitions and have already beat two teams (Birmingham and Burton Albion) from higher divisions this season, while Shrewsbury are enduring a five match winless streak and have lost four of those ties.

Portsmouth suffered a slow start to the season in League One but they are rapidly gaining ground after winning four of their last five matches. Most impressive is their excellent away record, which has seen them win each of their last five trips in all competitions.

Fellow League One outfit Ipswich Town have lost three of their last five matches and, while their home form is excellent, they have lost all three of their league meetings against top ten sides. Pompey have the confidence to take the win at Portman Road.