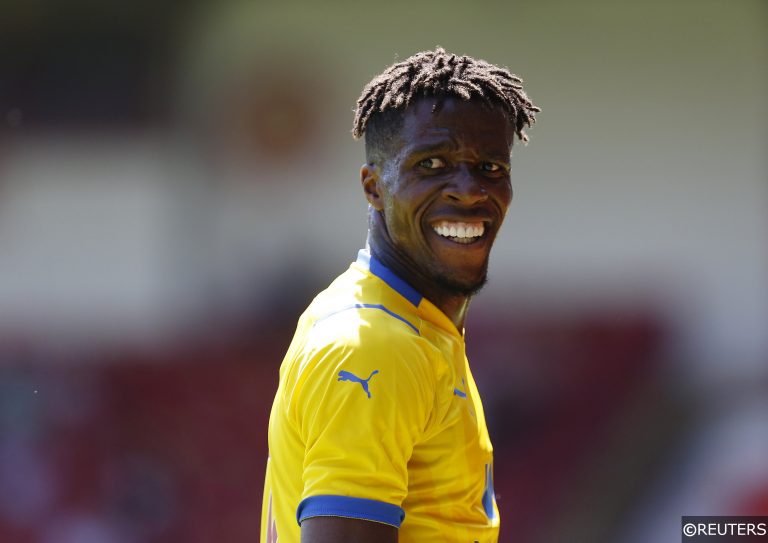 With so many quality talents in the Premier League working in your premium options can be tough. If you’ve got high hopes for Romelu Lukaku or Bruno Fernandes you’ll likely have to sacrifice in other parts of the pitch.

Helpfully, we’ve put together a full 15-man squad which clocks in at just under £80million. I’m not trying to convince you to dump all of the big Premier League names for bargain options, this is just a guide to help you find some value and potentially clear space for another superstar signing.

For more Premier League and FPL tips through the season, don’t forget to sign up to our new Back of the Net email newsletter! 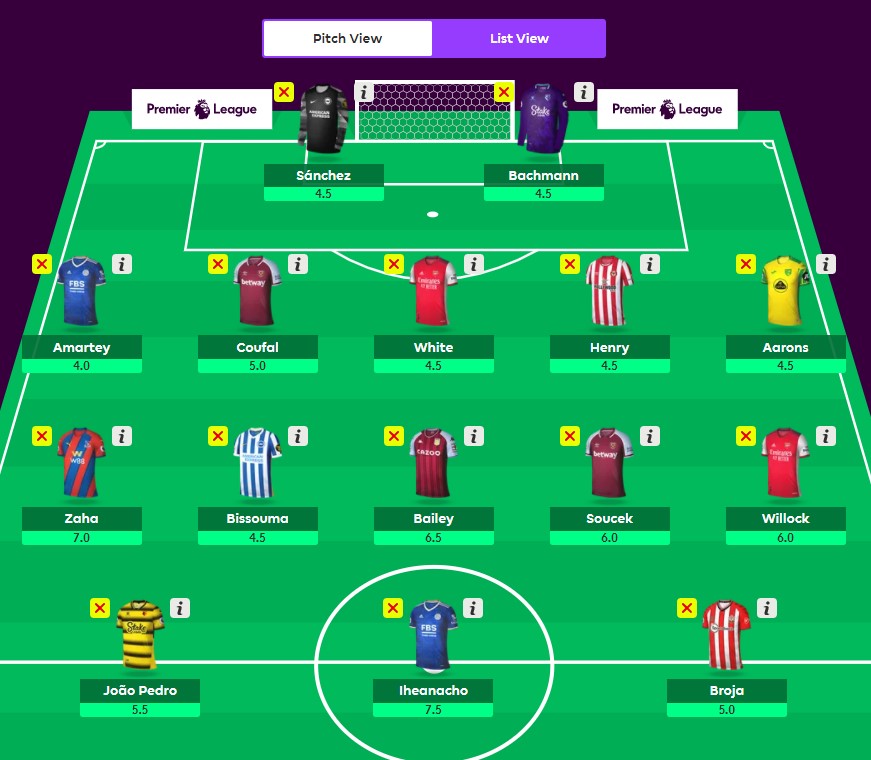 It’s not a big swing to go for Brighton stopper Sanchez. At £4.5million he looks like the next in line to the Nick Pope / Emi Martinez throne. He’s playing for a solid side but will likely make plenty of saves along the way.

Another option here is Daniel Bachmann, who at £4.5m is a perfect rotation piece alongside Sanchez. Watford finished last season in excellent defensive shape and they’ll need to repeat that in order to claim survival.

Together the five defenders cost just £22.5m and the most expensive of those is £5m Vladimir Coufal. He cemented his status as an FPL star at Euro 2020 after picking up 128 point with West Ham last term.

Ben White is one of those brilliant options who would be priced much higher had FPL launched after his transfer. A £50m buy at the heart of an improving Arsenal defence is a steal at £4.5m, as are two promoted options. Max Aarons and Rico Henry are both full-backs who can create chances, making them potential breakouts this term.

Finally, we’ve finished with a £4m buy with Daniel Amartey likely to feature more this season with Wesley Fofana missing for Leicester. He may not get minutes in the end, but right now he looks like the standout pick among the cheapest defenders.

We’ve splashed out a little in midfield, pushing the boat out all the way to Wilfried Zaha at £7m. However, this isn’t me throwing money around, the Ivorian could prove to be a great pickup at that price given that Crystal Palace will be more reliant on him than ever. He’s carrying the goalscoring burden and he’s at his peak at 28, so Zaha seems a bit underpriced.

Joe Willock at £6m on Arsenal’s bench is overpriced. However, the man who finished last season in inspired form for Newcastle is brilliant value with his move nearing completion.

Leon Bailey offers unpredictability for Aston Villa but he’s expected to bring the attacking threat from midfield that Villa lost from selling Jack Grealish. That would put him in a league with Tomas Soucek, who is somehow £6m despite a 147-point haul last term.

Finally, I can see Brighton being stronger this season and Yves Bissouma is a contender to lead that charge. Despite how valuable he is to the Seagulls, you can pick him up for just £4.5m in FPL. No current player at that price outscored Bissouma in the game last term.

Kelechi Iheanacho is a premium striker in all but price after his great end to last season. He thrilled on his way to a 12-goal haul but the majority of those came in the final stages of the season, which should see him feature up front for an attack-minded, top-six side this season. Few fellow strikers in that brack come this cheap.

Joao Pedro never got his chance in the Premier League with Watford but his nine goals in the Championship last season showed a raw talent who could make an impact. The Hornets have a forgiving start this season and at that price Pedro could make a real impression early on.

One little-known signing this summer is Southampton forward Armando Broja. The striker has joined on loan from Chelsea, with the Saints needing to replace Danny Ings. The young striker isn’t likely to catch the eye of many FPL managers, but he’s a great bench option having shown a goalscoring edge which has him pegged for a big future at Stamford Bridge.