Sunday’s Champions League final is a true battle of heavyweights, as PSG’s incredible forward line meets the guile of Bayern Munich. With these two sides thrilling us with great attacking displays, fans are already gearing themselves up for what should be a high-scoring thriller.

As you’d expect from these two domestic powerhouses, they’re both aiming to complete a clean sweep of trophies this season. However, will it be the French side who finally end their wait for European glory? Or can Hansi Flick succeed where Carlo Ancelotti and Pep Guardiola failed for the Bavarians?

Ahead of this huge finish to the 2019/20 campaign, we’ve put together an #OddsOnThat selection to cap off a long but exciting season of European football.

Check out our 30/1 five-fold below and don’t forget to check out our PSG vs Bayern Munich predictions for the latest Champions League final insight.

Want to add FST’s 30/1 selection straight to your betslip? Check it out below: 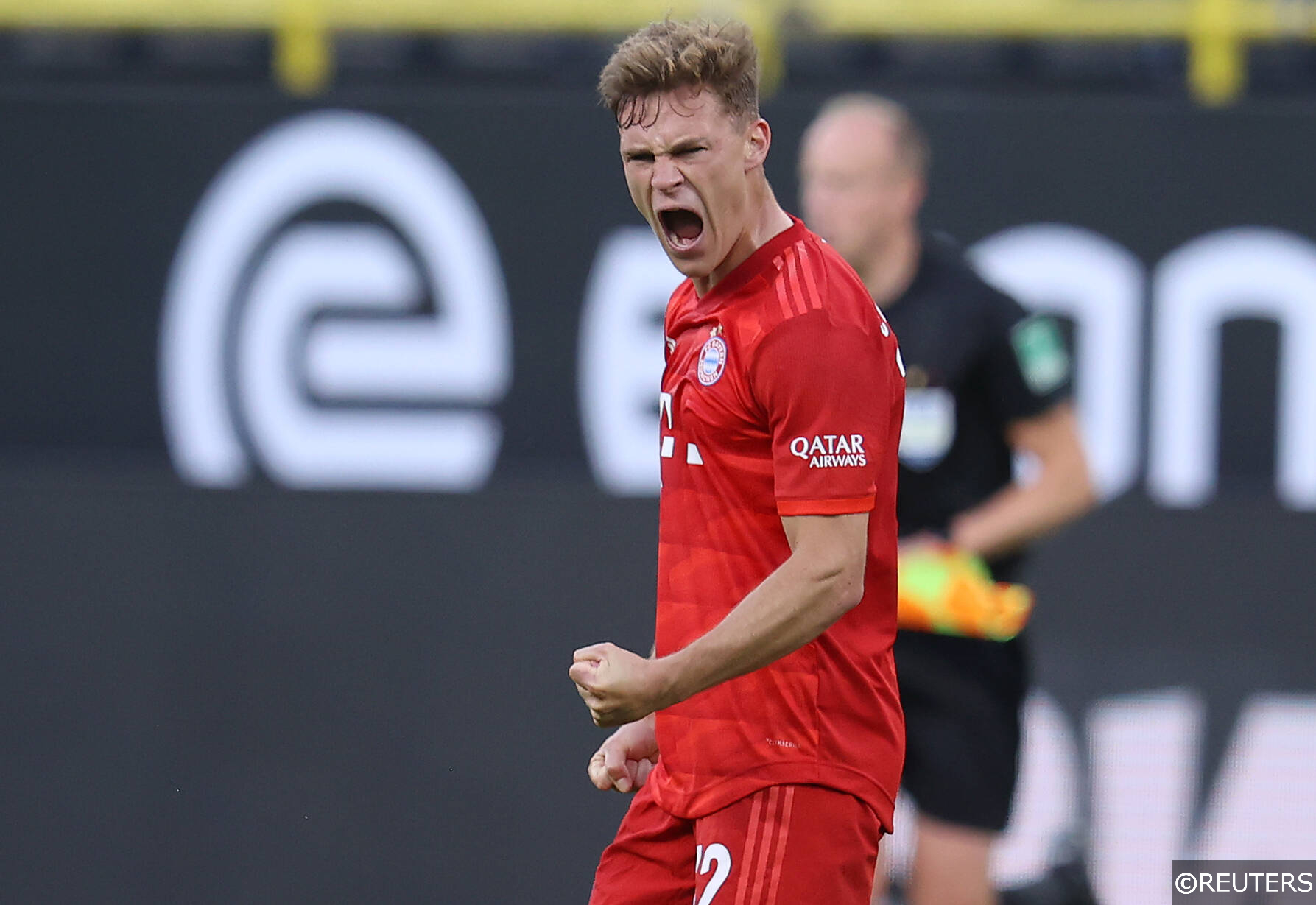 Bayern have been utterly dominant in 2020, coming into this clash with 20 consecutive victories behind them. They won both the Bundesliga and the Pokal in comfortable fashion, setting them up for a first treble since 2013.

Bayern look set to dominate possession and threaten going forward, while they will certainly be able to unsettle PSG. Atalanta’s pressing game almost booted the French side out of the quarter-finals, while Bayern’s pressing has been a staple of Hansi Flick’s reign.

While Bayern Munich look good for a victory in the Champions League final, Flick has said that he won’t make any changes to cope with the threat that PSG bring.

While it’s difficult to criticise a manager who has won 20 consecutive games and rescued a club which looked a shadow of itself back in the autumn, that does seem like a slightly reckless choice.

While Bayern’s 8-2 humbling of Barca will be remembered for the goals the German side racked up, they looked quite vulnerable in that clash. Their high-line was routinely exposed, while their next opponents should cause even more problems.

PSG are certainly in better shape and they come into this having scored in their last 34 Champions League games. As a result, we expect both sides to find the net on Sunday.

Bayern have had an eye for goal since the restart, hitting 48 goals in their last 14 matches. Meanwhile, they’ve scored 15 times in their three matches since the Champions League returned. The Germans clearly have plenty of firepower up front, which they could need to call upon against this PSG side.

The French champions should have Kylian Mbappe, Neymar and Angel Di Maria on the pitch. With Mauro Icardi and Julian Draxler in support, PSG pose a serious threat. They’ve hit 2.5 goals per game in the Champions League so far, which has fans expecting a high-scoring clash between the two. 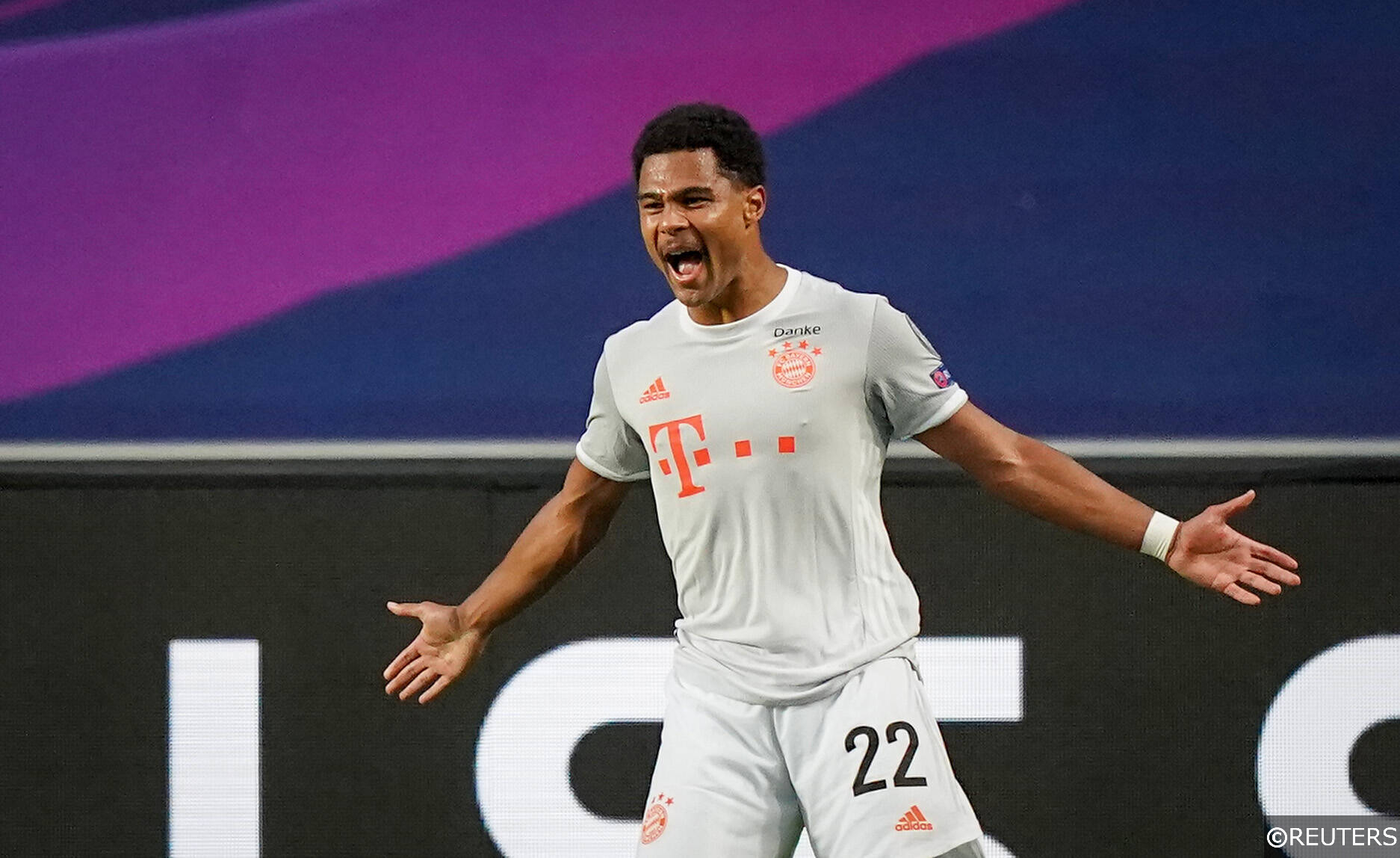 The former Arsenal man has been improving throughout his spell in the Bundesliga, but he’s exploded in the Champions League this term.

After hitting nine goals in nine Champions League games, there’s little doubting Gnabry’s impact at the highest level. He’s scored six of those in his last four starts in this competition, so we’re backing him to put a vulnerable PSG defence to the sword.

Juan Bernat to be booked

The man tasked with marking Gnabry was a figure of fun in Munich, having been openly mocked by Chairman Karl-Heinz Rummenigge. We expect the left-back to be fired up as a result, but that could get him in trouble.

The PSG defender has been booked twice in his last three games, while he saw a yellow in five of 18 Ligue 1 appearances last season.

Bayern have terrorised players on that flank of late, with the last four games seeing their opponent’s left-sided defender booked. We expect Bernat to follow suit, which rounds off our #OddsOnThat selection.

Champions League Final odds, team news and where to watch