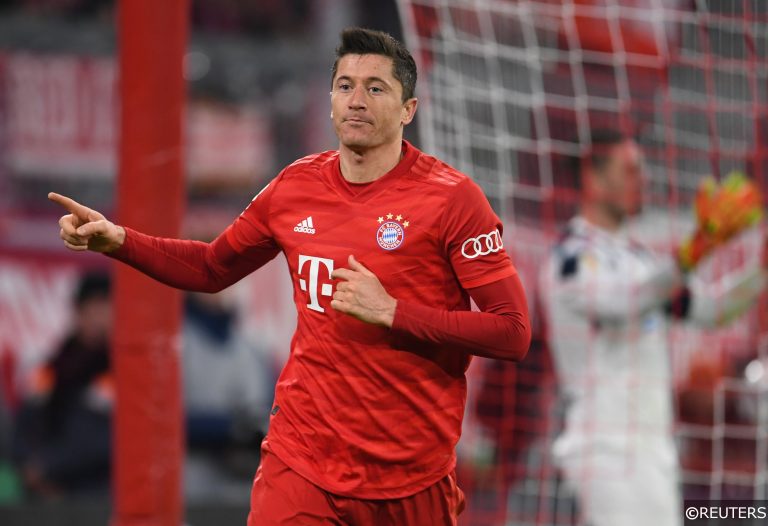 After making its long-awaited comeback a week ago, the fußball keeps on coming this weekend and there is another jampacked programme of Bundesliga fixtures to look forward to over the coming days.

Today, we’re focusing on Saturday’s schedule, where five mouth-watering Deutsche top flight tussles will be contested across Germany on what promises to be another thrilling day of high-octane action.

There is certainly plenty to get excited about for fans and punters alike – and with that in mind, we’ve compiled a list of our favourite Bundesliga OddsOnThat (#OOT) selections from Saturday’s fixtures on Betfair.

Kai Havertz to score, Leverkusen to score in both halves, Charles Aranguiz to be carded @ 16/1

In one of Saturday’s most compelling bouts, 5th placed Bayer Leverkusen visit Gladbach in 3rd in an encounter that could prove to be a pivotal fixture in the race for Champions League qualification this season.

After securing a more than useful point at title outsiders Leipzig last week, Freiburg should be armed with plenty of confidence ahead of their clash with second from bottom Werder Bremen.

After they were humbled last week at home to Hertha Berlin, Hoffenheim will have some demons to exorcise away at bottom club Paderborn and Die Kraichgauer look favourites to complete the league double over their hosts this weekend.

Dortmund to Win; Dortmund Most Corners & Wolfsburg Most Cards @5/1

Title chasing Borussia Dortmund need to maintain their superb form to keep up their pursuit of league leaders Bayern Munich at the summit of the Bundesliga. A robust Wolfsburg side have the tools to test their championship credentials however.

Defending champions and current league leaders Bayern Munich are expected to flex their considerable muscle at home to an out of sorts Frankfurt side in Saturday’s evening kick off at the Allianz Arena.