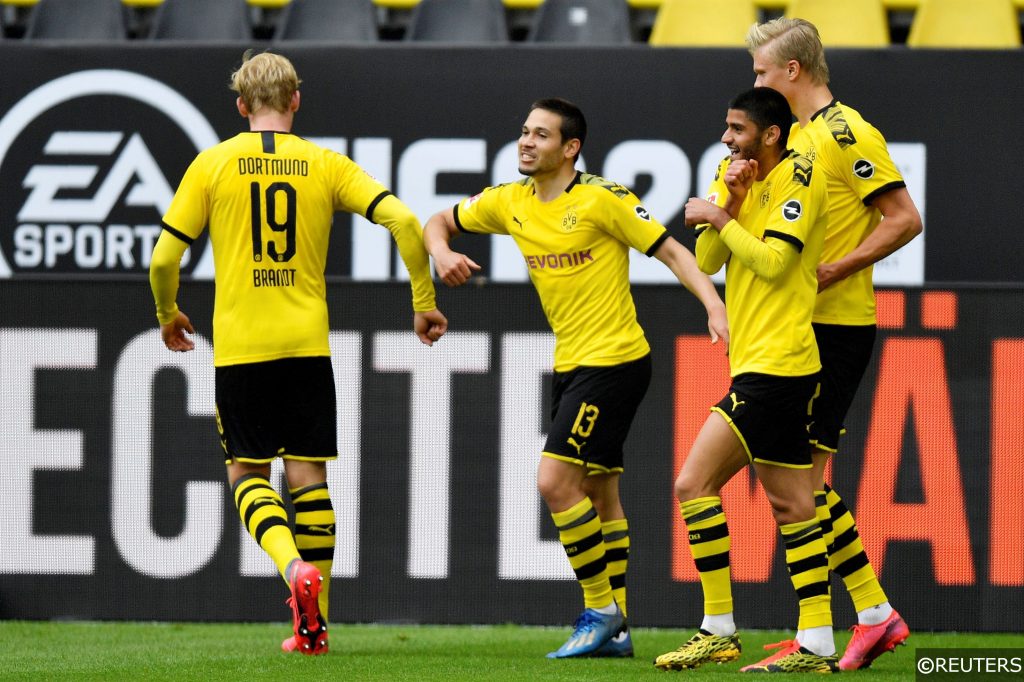 Germany’s Bundesliga emerged from the COVID-19 crisis to deliver a full round of fixtures to fußball deprived supporters everywhere at the weekend.

In total, 27 goals were scored across the division’s nine games between Saturday and Monday, as the Bundesliga lived up to its moniker as one of Europe’s most exciting domestic competitions.

The magical reunion of ball and grass was a sporting reconciliation powerful enough to make us forget about all the mask-wearing, elbow bumping and social distancing going on around it.

Here are five things we learned from the Bundesliga’s long-awaited and most welcome return.

Without the energy spun by tens of thousands of screaming voices, the Bundesliga’s first round of “ghost games” were played against an eerily silent backing track – and that seemed to have an effect on the pace of the contests themselves.

There was a distinct lack of fervour in many of the weekend’s fixtures – something that was reflected in some of the underlying statistics. 11 of the division’s 18 clubs hit tackle figures that fell below their season averages, which points to a notable reduction in aggression.

With no crowd to engage with, the weekend’s goalscorers almost looked a little mortified when they spun away towards empty stands, and with no-contact celebrations in place, their awkwardness was magnified ten-fold.

This could take some time to get used to.

Dortmund lay down a marker

Most observers had expected the Revierderby between Borussia Dortmund and a robust Schalke 04 side on Saturday to be a real battle for inches at the Signal Iduna Park – especially after Die Königsblauen had held their local rivals to a 0-0 draw in October.

However, in front of an unmanned Yellow Wall, Dortmund cut lose and tore their neighbours to shreds, hitting four goals without reply to run up their meatiest derby win since 1966.

Schalke arrived in Dortmund with one of the Bundesliga’s meanest defensive records, but were ripped asunder by der BVB’s quick-fire passing and movement in the final third.

Dortmund sent out a warning shot to their title rivals with their big win – a triumph that was achieved without the mercurial talents of substitute Jadon Sancho. 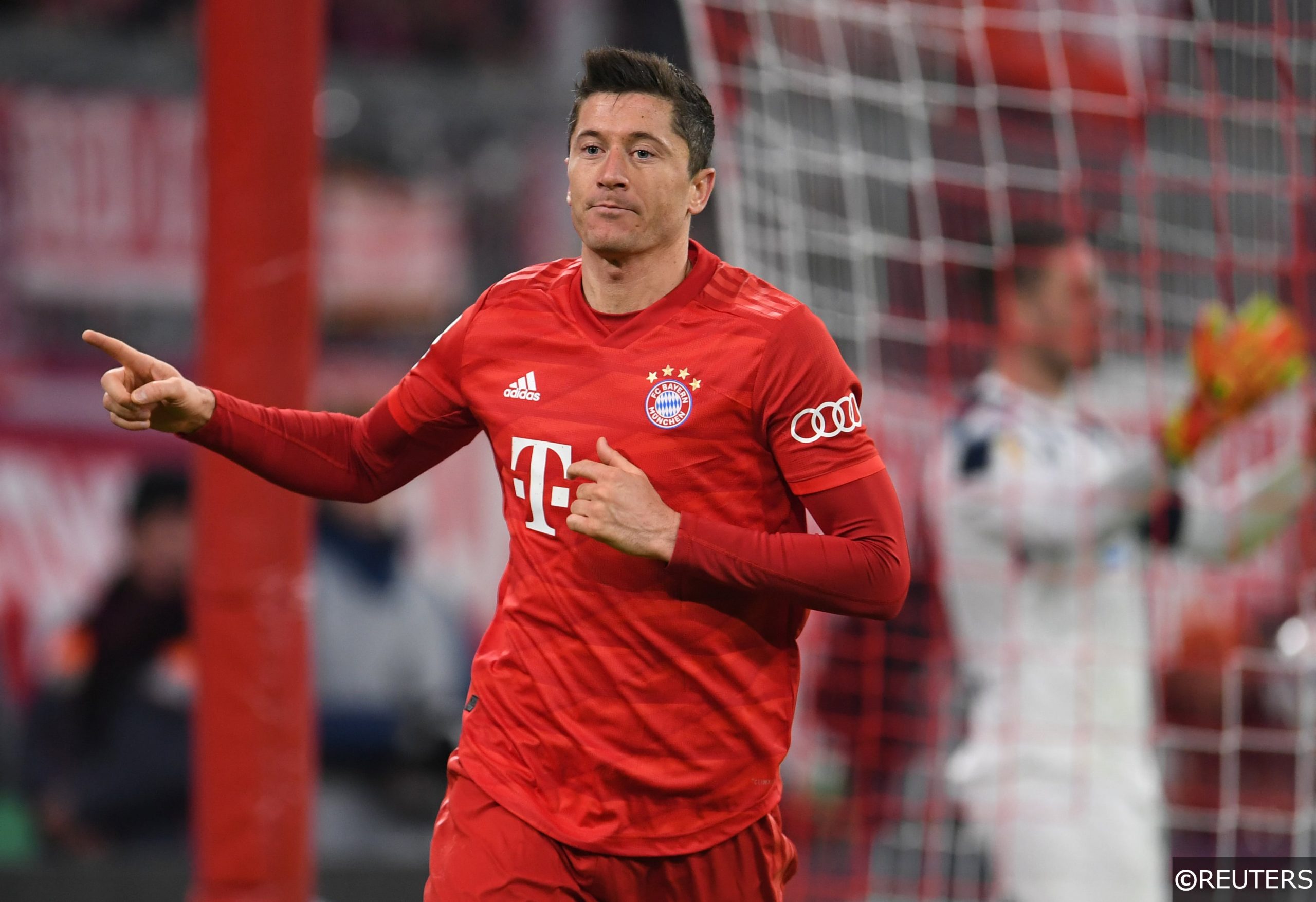 Lewandowski straight back into the groove

Bayern Munich talisman Robert Lewandowski makes goal-scoring look so routine that his achievements probably don’t get the kind of attention they probably deserve.

The expert goal-getter fired home the defending champions’ first goal in their comfortable 2-0 win at newly promoted Union Berlin on Sunday from the penalty spot – the 14th time the 31-year-old has scored his team’s first goal in the Bundesliga this season.

Lewandowski’s tally for the campaign has already passed the 40-goal mark in all competitions, a total he has passed for the last five seasons on the spin.

His goal also served to push him further ahead of Timo Werner in the race to be crowned this year’s kicker Torjägerkanone” (kicker top scorer cannon) – a gong he looks favourite to land for the third season in a row.

Title outsiders RB Leipzig were held to a disappointing 1-1 draw at home to Freiburg on Saturday, though their afternoon could have been worse had VAR not intervened on their behalf late on.

With the scores level and the game in injury time, Robin Koch fired home what he thought was a 92nd minute winner at the Red Bull Arena, though the controversial technology interrupted his euphoria.

After a short review, Koch’s strike was chalked off after the video official spotted a marginal offside in the build up to the goal.

VAR cast a shadow over Augsburg’s match against Wolfsburg when Felix Udoukhai’s header was ruled out, denying the home side a crucial lead. To compound their misery, Wolfsburg snatched a winning goal of their own in injury time though Daniel Ginczek.

Borussia Monchengladbach produced one of the most impressive results and performances of the weekend with their 3-1 win at Eintracht Frankfurt – a victory that enabled them to leapfrog RB Leipzig into 3rd spot in the Bundesliga standings.

Gladbach, a club with considerable European pedigree, are aiming to secure Champions League qualification for the third time this decade and their showing against Die Adler suggests they are equipped to do just that.

Goals inside seven minutes from Tottenham target Alassane Pléa and French wonderkid Marcus Thuram set them on their way before Rami Bensebaini’s second half spot kick put the result beyond doubt.

Marco Rose’s men face a crucial contest against in-form Bayer Leverkusen in their next Bundesliga assignment, in a head-to-head that will test both clubs’ Champions League aspirations.

Meanwhile, our tipsters landed a huge 66/1 #OOT tip for Leverkusen’s meeting with Werder Bremen on Monday evening. Read more about it here. 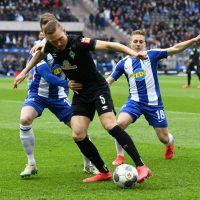