FST’s Champions League Team of the Week: Bruno and Braithwaite steal the show 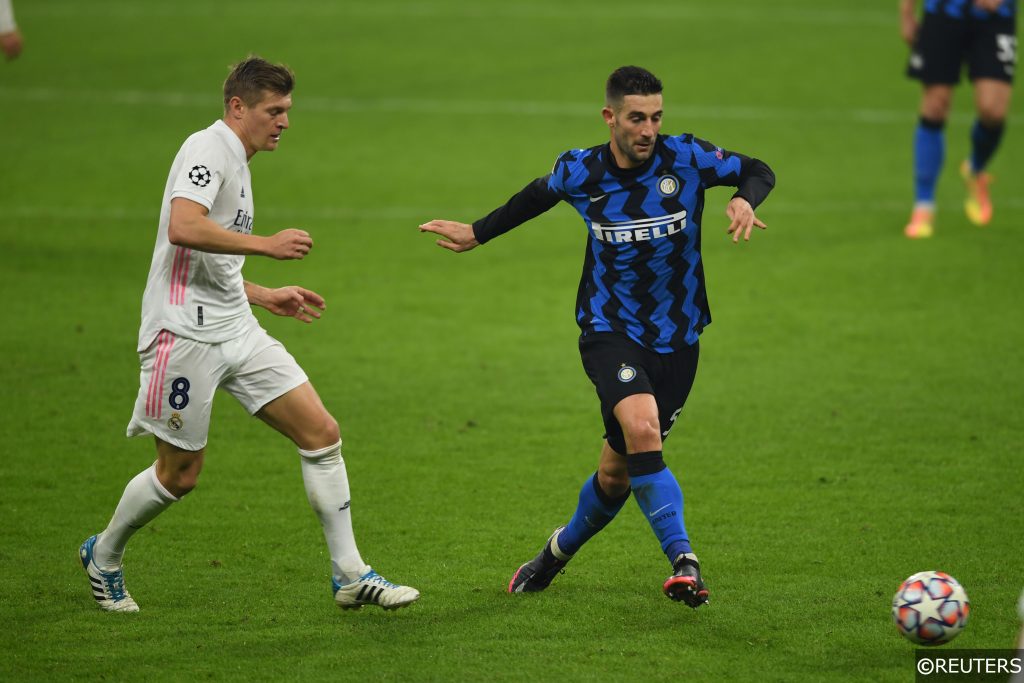 The Champions League returned with its unique brand of midweek magic on Tuesday and Wednesday, treating supporters to 16 high-calibre contests across the continent over two evenings of first-class football.

By the time the dust had settled on match day four, five teams had booked their place in the next round as the Champions League’s Last 16 line-up begins to take shape.

Below, we’ve taken a look at some of the top individual performers from Tuesday and Wednesday in FST’s Champions League Team of the Week.

You can check out our XI below, and remember – you can find all of our latest betting tips and match previews on our Champions League predictions page. 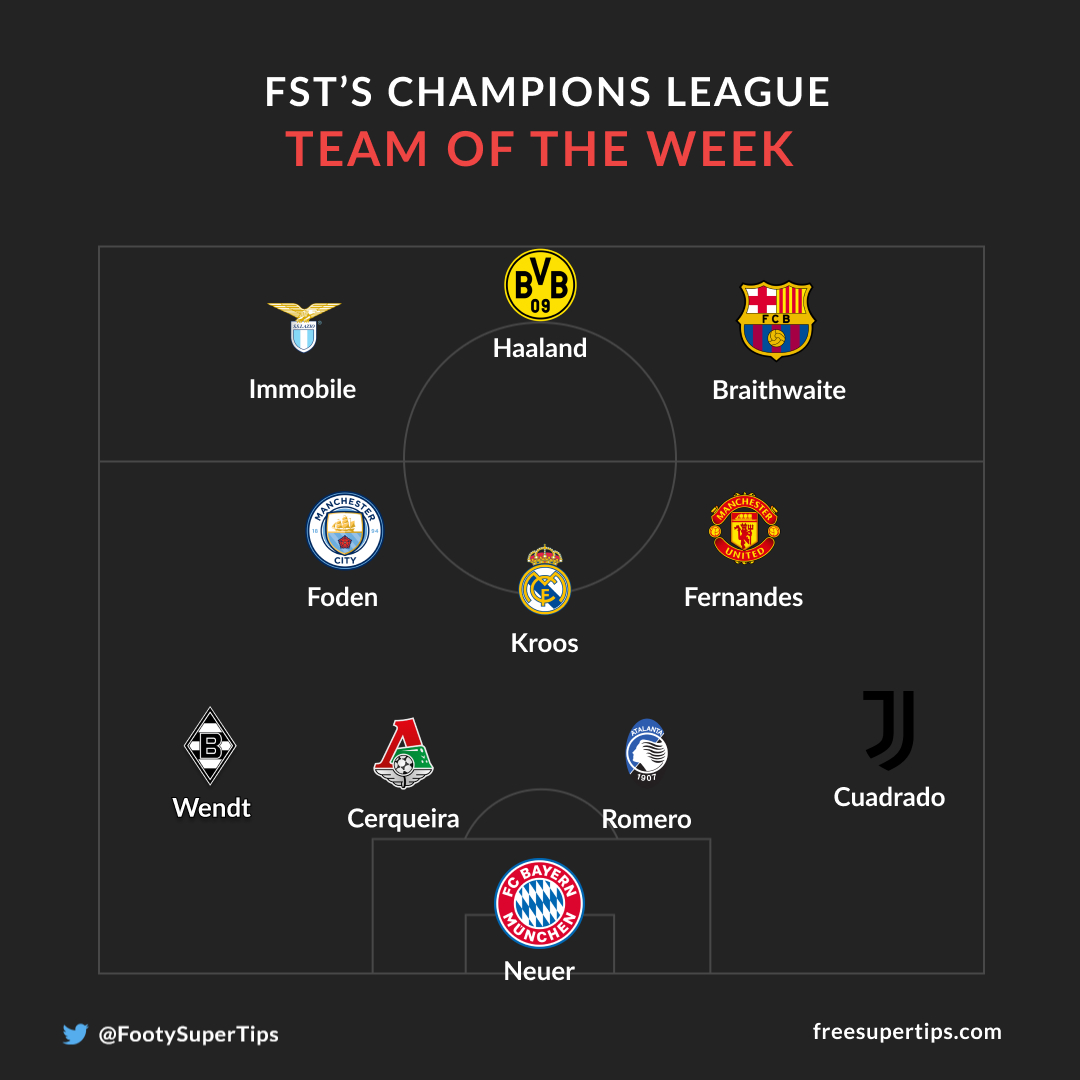 At first glance, Bayern Munich’s 3-1 win over Austrian side RB Salzburg looks a comfortable home victory for the defending champions, however, had the teams swapped goalkeepers for the night, that scoreline could well have been reversed.

Incredibly, Neuer made a staggering 10 saves to thwart Die Roten Bullen’s adventurous attacking surges at the Allianz Arena, and had the German number one not been in such top form, Salzburg might have recorded a famous victory.

On what proved a trickier evening than many had anticipated, Juventus needed fullback Juan Cuadrado’s ingenuity to open the Ferencvaros defence in Turin. The versatile Colombian provided assists for both of Juve’s goals and the 32-year-old unlocked the visitor’s rearguard with a game-high six key passes overall.

On a historic night at Anfield, Atalanta forced a massive Merseyside win over Premier League giants Liverpool, and centre-half Cristian Romero was among La Dea’s most impressive performers. The 22-year-old completed a whopping 10 clearances and four interceptions, while Romero also won 100% of his aerial duels against the uncharacteristically subdued hosts.

Lokomotiv skipper Cerqueira put in a captain’s performance for the Russian outfit in their hard-fought 0-0 draw with Atletico in Madrid on Wednesday. The promising 23-year-old, who completed 10 clearances, also maintained a 100% tackle success rate in the Spanish capital, while Cerqueira also played more accurate passes on the night than any of his teammates.

Oscar Wendt won 100% of his tackles for Gladbach against Shakhtar on Wednesday, but it was the left-back’s work further up the pitch that really stood out against Donetsk. The evergreen 35-year-old provided plenty of menace from his left-hand berth throughout the contest at BORUSSIA-PARK, and Wendt capped his display with a deserved goal on 77 minutes.

German maestro Toni Kroos was Real Madrid’s midfield metronome in Los Blancos’ crucial 2-0 win at Inter Milan on Wednesday. The 30-year-old played a remarkable 128 accurate passes for the La Liga behemoths at the San Siro, and the ex-Bayern star’s accurate distribution had the hosts chasing shadows in Milan.

Manchester Bru-nited again had their talismanic midfielder to thank for their latest victory after the Portuguese schemer rattled home two early goals to put the Red Devils in the driving seat against Istanbul Basaksehir on Tuesday evening. Fernandes’s first goal – a rocket from outside the box – was the highlight of United’s eventual 4-1 victory.

Phil Foden again used the Champions League stage to showcase his mesmerising ability for Manchester City in the Citizens’ 1-0 win at Olympiakos on Wednesday. Alongside scoring the game’s only goal on 36 minutes, Foden hit game high figures for attempts (six), successful dribbles (four) and key passes (four) during his hugely influential display.

Stand-in Barcelona attacker Martin Braithwaite grabbed his opportunity to shine with both hands on Tuesday, notching two goals and an assist for Los Cules in their comfortable 4-0 win at Dynamo Kiev. The 29-year-old bagged his goals from just two attempts in total in the Ukraine, while his assist came from his only key pass in Kiev.

Norwegian hot-shot Erling Haaland was up to his usual tricks on Tuesday evening, and the prolific striker slammed two goals past Club Brugge at the Signal Iduna Park to help Dortmund to a routine 3-0 victory over the Belgian champions. The recently crowned Golden Boy winner now has 16 goals in just 10 appearances for BVB this term.

Lazio icon Ciro Immobile rarely lets Lazio down when the Biancocelesti need him most, and the Italian international buried two goals against Zenit on Tuesday evening in the Serie A club’s 3-1 victory in Rome. The 30-year-old was just as accurate in possession, hitting the mark with 90% of his attempted passes in the Eternal City overall.

Virgin Bet have a superb offer open to new customers at present, where new members can claim up to £20 in FREE BETS. To avail of the offer, new sign ups must deposit a minimum of £10 and place a qualifying bet on sportsbook at 1.5 odds or greater within 14 days of opening their account.

From there, 2 non-withdrawable £10 Free Bet Tokens will be applied to your account. Tokens must be accepted in 7 days and they are valid 7 days from acceptance. Further T&Cs apply, visit Virgin Bet using the banner below to find out more! 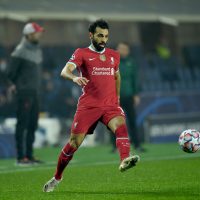